The telecommunications in Jersey relate to communication systems in Bailiwick of Jersey, which is a British Crown Dependency off the coast of Normandy, France.

Jordan has a highly developed communications infrastructure. Jordan's telecom infrastructure is growing at a very rapid pace and continually being updated and expanded. Communications in Jordan occur across many media, including telephone, radio, television, and internet. 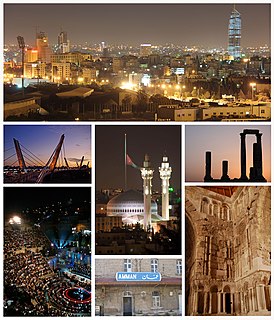 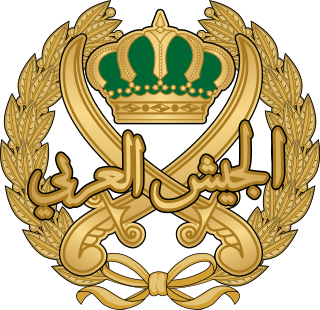 The Royal Jordanian Army is part of the Jordanian Armed Forces (JAF). It draws its origins from units such as the Arab Legion, formed in the British Mandate of Transjordan in the 1920s. It has seen combat against Israel in 1948, 1956, 1967, and 1973. The Army also fought the Syrians and the PLO during Black September in 1970.

The Children's Museum Jordan is a children's museum in Amman, Jordan. It is located in Al Hussein Public Parks.

Ras al-Ein is one of the 22 administrative sub-districts of the city of Amman, Jordan, as governed by the Greater Amman Municipality.