The telephone number for emergency services – Police, Fire Service and Ambulance – is 999 for all telephone lines. These numbers can also be used for mobile and other users:

Some special numbers are three- to five-digit. Some premium rate services, for example for games and adult contents, are 11-digit. Numbers beginning with '1' are usually reserved for carrier/operator services. These services are provided by the individual telephone carrier. In general, these numbers can be used across all carriers:

The international call prefix varies depending on IDD provider, however 001 works on all phone lines and uses the IDD service provided by the same carrier as the telephone line that 001 call is dialed from. During the years of telephone monopoly, the International call prefix was 106 (through 1980s) and then 001. Calls to Macau and mainland China are international, as are calls to Taiwan. Calls from Hong Kong to other parts of China include that regions separate country code:

In the 1970s, area codes were assigned with the following pattern:

There was no standard trunk prefix like '0' – only the area code and phone number were dialed when calling from one area code to another. Thus the Kowloon number xxx-xxx would have been dialed as follows:

Fixed-line phone numbers were either six- or seven-digit in the 1980s. Area codes were assigned with the following patterns.

Cellular phone numbers are all eight-digit starting with '9'.

Before the introduction of portable fixed line numbers, numbers were assigned in a pattern akin to districts. For example, in addition to the existing 3, 5 and 0 prefixes, a 4 prefix was used for Tuen Mun and Yuen Long, 6 for Tai Po and Sha Tin, and 8 for Hong Kong Island. 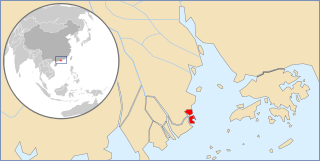