Liechtenstein previously used the Swiss telephone numbering plan (+41) under area code 075. [1] (This was dialled as +41 75 from outside Switzerland and Liechtenstein). [2] However, on 5 April 1999, it adopted its own international code +423. [3] Consequently, calls from Switzerland now require international dialling, using the 00423 prefix and the seven-digit number. [4] 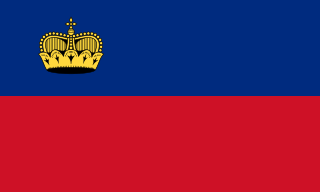 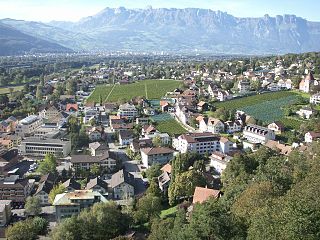 The economy of Liechtenstein is based roughly equally on services and industry, with a small but significant agricultural sector. The country participates in a customs union with Switzerland and uses the Swiss franc as its national currency. It imports more than 85% of its energy requirements. Liechtenstein has been a member of the European Free Trade Association (EFTA) since 1991. It also has been a member of the European Economic Area (EEA) since May 1995 and participates in the Schengen Agreement for passport-free intra-European travel.

The National Police of the Principality of Liechtenstein, is the national police service of Liechtenstein. It is composed of 125 employees, with 91 officers and 34 staff, who police the 160 km2 (62 sq mi) doubly landlocked alpine state in Western-Central Europe. Bordered by Switzerland to its west, and Austria to its east, Liechtenstein maintains a trilateral treaty which enables close cross-border co-operation between the police services of the three states. Liechtenstein is also a member of Interpol, and a signatory to a variety of other treaties.

Vehicle registration plates of the Principality of Liechtenstein are composed of the letters FL followed by a small version of the coat of arms of Liechtenstein and up to five digits written in white colour on a black background using the same type of font as Swiss car number plates. The letters FL stand for Fürstentum Liechtenstein. This system was introduced in 1920. 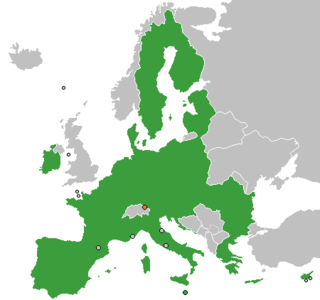 The religion in Liechtenstein is predominantly Catholic, with a minority of Protestants, non-adherents, and adherents of other religions. Liechtenstein has a small Muslim population, composed mainly of immigrants from countries like Bosnia and Herzegovina, Serbia, and Turkey. 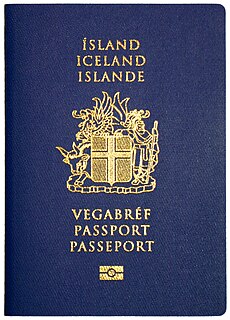