The Socialist Federal Republic of Yugoslavia (SFRY), also known as SFR Yugoslavia or simply Yugoslavia, was a country located in central and Southeastern Europe that existed from its foundation in the aftermath of World War II until its dissolution in 1992 amid the Yugoslav Wars. Covering an area of 255,804 km², the SFRY was bordered by the Adriatic Sea and Italy to the west, Austria and Hungary to the north, Bulgaria and Romania to the east, and Albania and Greece to the south.

An example for calling a line in Bjelovar-Bilogora County (area code 043) is as follows:

Telephone area codes closely correspond to postal codes in Croatia and are assigned to counties. Both the Zagreb County and the City of Zagreb have the same area code (1), which is further divided into 9 areal subgroups (i.e. from 11 to 19, or 011 to 019 for calls from outside the region). 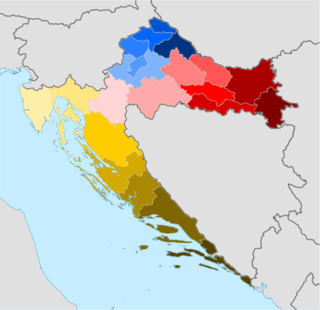 Since the adoption of mobile number portability, prefixes of existing numbers no longer guarantee that number is in the corresponding mobile network, i.e. carried by the mobile carrier that originally issued the number. Any newly issued number follows the above numbering plan.

As mandated by law, all phones detectable by, or temporarily carried by, Croatian carriers provide unlimited access to state emergency numbers free of charge at all times. The Europe-wide 112 emergency number can be used to contact local fire and police departments and emergency medical and search and rescue services.

Europe (Europa) is a continent located entirely in the Northern Hemisphere and mostly in the Eastern Hemisphere. It is bordered by the Arctic Ocean to the north, the Atlantic Ocean to the west, Asia to the east, and the Mediterranean Sea to the south. It comprises the westernmost part of Eurasia. 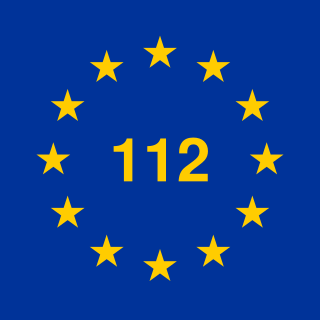 112 is a common emergency telephone number that can be dialed free of charge from most mobile telephones and, in some countries, fixed telephones in order to reach emergency services.

A fire department or fire brigade, also known as a fire protection district, fire authority or fire and rescue service is an organization that primarily provides firefighting services for a specific geographic area. Fire departments are most commonly a public organization who operate within a municipality, county, state, nation, or special district. Private and specialist firefighting organizations also exist, such as those at airports.