Regulation of the telephone numbers in Serbia is under the responsibility of the Regulatory Agency of Electronic Communication and Mail Services (RATEL), independent from the government. [1] The country calling code of Serbia is +381. The country has an open telephone numbering plan, with most numbers consisting of a 2- or 3-digit calling code and a 6-7 digits of customer number.

The country calling code of Serbia is +381. Serbia and Montenegro received the code of +381 following the breakup of the Socialist Federal Republic of Yugoslavia in 1992 (which had +38 as country code). Montenegro switched to +382 after its independence in 2006, so +381 is now used only by Serbia. [2]

An example for calling telephones in Belgrade, Serbia is as follows:

The international call prefix depends on the country being called from: for example, 00 for most European countries and 011 from North America. For domestic calls (within the country), 0 must be dialed before the area code.

Calling code areas in Serbia have been largely unchanged since the time of Socialist Federal Republic of Yugoslavia. As Socialist Republic of Serbia had been assigned codes starting with 1, 2 and 3, they were simply carried over by Serbia after the breakup.

Until 2013, Telekom Srbija had a monopoly on fixed telephony services. When the new regulation came in force, competition became allowed in this field as well, and other operators entered the market, using alternative communication infrastructure:

There are three active mobile operators in Serbia (without Kosovo):

The calling codes are assigned to the operators using the following scheme:

Calling codes in the table are assigned to new customers by the respective provider. However, since 2011 customers can change the operator and retain the old calling code (along with the rest of the phone number). Thus, calling codes do not necessarily reflect the operator. It is not possible, however, to transfer a mobile number to a land-based operator and vice versa.

The following special telephone numbers are valid across the country:

The dialing code for Kosovo [lower-alpha 1] is +383. This code is the property of the Republic of Serbia which it has given by ITU to Serbia for the needs of the geographical region Kosovo as a result of the 2013 Brussels Agreement signed by the governments of Serbia and Kosovo. [6] [7] Kosovo declared independence from Serbia in 2008, but retained the +381 calling code for fixed telephony until 2016. Dialing code +383 started to be allocated on 15 December 2016. [8] [9]

Telecommunication in Serbia is an important economic sector, accounting for 4.7% of country's GDP in 2015. 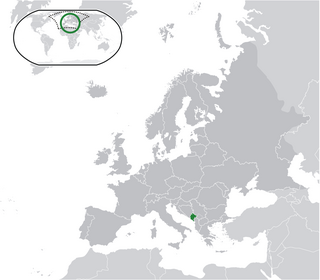 This is a list of dialing codes by town in Montenegro. 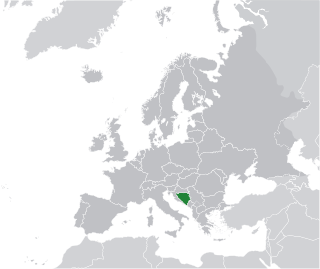 The country calling code of Bosnia and Herzegovina is +387.