The plan uses a ten-digit closed numbering plan, where the first two digits denote the area:

All geographic numbers are dialed in the ten-digit format, even for local calls. The international access code is the International Telecommunication Union's recommended 00, having previously been 19. [1]

When calling France from abroad, the leading zero should be omitted: for example, to call a number in Southwest France, one would dial +33 5 xx xx xx xx.

For many years, French subscribers' telephone numbers consisted of eight digits (including the one-digit area code 1 for all of Paris and its surrounding departments, or a two-digit area code from 20 to 99 for other metropolitan departments; this area code was dialed only after the trunk code 16). The territories of Overseas France all had their own local numbering plans and used their own country codes but no area codes, and calls between different territories or the Metropolis required an dialing international call using the international call prefix 19 followed by the country code, area code, and subscriber number.

On 18 October 1996, this changed to the present "ten-digit" system (including the default one-digit leading trunk code 0), in which each call is dialed using all ten digits, this national scheme being also extended to cover Overseas France in a single area. [6] Area codes were abolished, and since then France has had a closed numbering plan, where all local or national calls require dialing the leading trunk code.

Following liberalisation in 1998, subscribers (first deployed on land lines and rapidly extended to all mobile networks) could access different carriers by replacing the leading trunk code 0 (omitted from numbers when called from outside France) with another carrier selection code (one digit from 2 to 9, or four digits 16xx). For example, Cegetel required subscribers to dial 7; e.g., Paris 71 xx xx xx xx, instead of 01 xx xx xx xx. Similarly, the international access code using Cegetel would be 70 instead of 00 by replacing the first 0. [7] Since then, the carrier selection code still exists, but carrier preselection (and number portability) is offered by default on all subscriber lines, and the one-digit carrier selection is rarely used. As well, several important national operators merged, and the four-digit carrier selection only persists for subscribers of various international service providers (most of them for mobile telephony, but these carrier selection prefixes are often dialed internally by a terminal device and callers don't need to care about it, unless they want to select carriers for different services). Additionally, call fees no longer depend on distance throughout the French numbering plan, so carrier selection remains used only for international calls.

The 09 prefix was introduced for non-geographic numbers and special services in September 2006 [8] and older numbers such as 08 7x xx xx xx (used for VoIP in Internet boxes) were replaced by 09 5x xx xx xx (telephone service offered by Internet service provider Free, later followed by other French ISPs).[ citation needed ]

However, under the new present French numbering plan, direct dialling was introduced for calls between the DOMs (including collectivités territoriales) and metropolitan France, requiring only the '0' to be dialed, with the country code being used as a geographical area code. [6] Despite this, the 33 country code was not adopted for calls to the DOMs from the rest of the world, because of technical difficulties with operators in neighbouring countries, for example, calls to Réunion from Mauritius would have to be routed via metropolitan France, adversely affecting voice quality as well as increasing call costs. [12]

In 2001, telephone numbers in the DOMs changed to the same ten-digit format as metropolitan France, with new prefixes beginning with the digit '6' being adopted for mobile phone services:

Before March 30, 2007, the collectivité départementale of Mayotte used country code +269, shared with the Comoros:

On March 30, 2007, Mayotte adopted the +262 code, used by Réunion, and a new numbering range was introduced for mobile phones:

Calls to Saint Pierre and Miquelon require only '0', country code and the subscriber's six-digit number, e.g.:

Calls to and from the territoires d'outre mer, however, require full international dialing, hence the international access code and country code must be used: 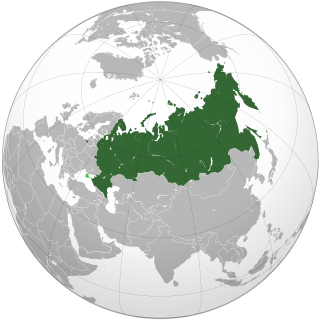