He was the youngest of the five children of hoop-maker John Saunders, and started a career in paper-making while in his twenties, becoming partner in a paper mill in 1840. He married Mary Marchant in 1844.

He won medals at international exhibitions for his firm's light and shade watermarks, which contributed to his success at the Great Exhibition in London in 1851. At the Irish exhibition of 1853 there was special mention for his "specimens of paper ornamented with a water mark, showing gradations of light and shade". [1] The description continued, "This kind of paper is intended to prevent frauds in bills of exchange . . ." and the watermarks attracted many banks as customers, and made T. H. Saunders & Co important suppliers of postage stamps and banknotes to many countries in Europe, the British Empire and South America. The technology for this had been invented by William Henry Smith, [2] and the design was created by "thin brass plates upon the bottom of the mould". [3]

Saunders built up a business with six paper mills, one of them the renovated Phoenix Mill at Dartford in Kent. As well as secure, watermarked paper they also produced bulk products like newsprint for The Times . With one of his managers he patented improved systems for drying paper and regulating the supply of pulp. He twice met Palmerston, the prime minister, to discuss the taxation system as it related to paper manufacturing.

He was an active nonconformist Christian who gave generously to charity and paid the salary of a metropolitan missionary. As a supporter of the Shaftesbury Society which promoted ragged schools, he set up reading and writing classes for children from his mills. He was also a member of the Royal Society of Arts.

The paper business continued at various mills along the River Darent after Saunders' death in 1870. T. H. Saunders' name is still a registered trademark for drawing and watercolour paper, now produced as Saunders Waterford paper in Somerset. 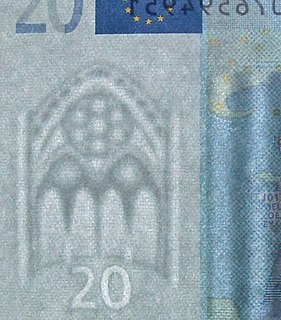 A watermark is an identifying image or pattern in paper that appears as various shades of lightness/darkness when viewed by transmitted light, caused by thickness or density variations in the paper. Watermarks have been used on postage stamps, currency, and other government documents to discourage counterfeiting. There are two main ways of producing watermarks in paper; the dandy roll process, and the more complex cylinder mould process.

Crayford is a town and electoral ward in South East London, England, within the London Borough of Bexley. It lies east of Bexleyheath and north west of Dartford. Crayford is in the historic county of Kent. The settlement developed by the river Cray, around a ford that is no longer used.

The River Cray is the largest tributary of the Darent. It is the prime river of outer, south-east Greater London, rising in Priory Gardens, Orpington, where rainwater percolates through the chalk bedrock of the Downs to form a pond where the eroded ground elevation gives way to impermeable clay. Initially it flows true to form northwards, past industrial and residential St Mary Cray, through St Paul's Cray and through Foots Cray, where it enters the parkland Foots Cray Meadows, flowing under by Five Arches bridge. It then flows by restored Loring Hall (c.1760), home of the Lord Castlereagh who took his own life there in 1822. It continues through North Cray and Bexley. It neighbours a restored Gothic (architecture) cold plunge bath house, built around 1766 as part of Vale Mascal Estate. It is then joined by the River Shuttle and then continues through the parkland of Hall Place, which was built for John Champneys in 1540. The Cray turns eastward through Crayford and Barnes Cray to join the Darent in Dartford Creek. The Creek is a well-watered partly tidal inlet between Crayford Marshes and Dartford Marshes by a slight projection of land, Crayford Ness. The villages through which the Cray flows are collectively known as "The Crays".

The Darent is a Kentish tributary of the River Thames and takes the waters of the River Cray as a tributary in the tidal portion of the Darent near Crayford, as illustrated by the adjacent photograph, snapped at high tide. 'Darenth' is frequently found in the spelling of the river's name in older books and maps, Bartholomew's "Canal's and River of England" being one example. Bartholomew's Gazetteer (1954) demonstrates that Darent means "clear water" and separately explains the other name. Considering the River Darent runs on a bed of chalk and its springs rise through chalk, this is not surprising. The original purity of the water was a major reason for the development of paper and pharmaceuticals in the area. 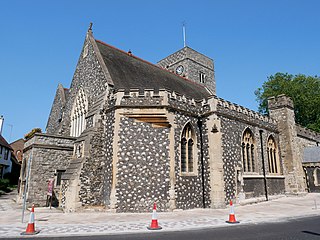 Dartford is the principal town in the Borough of Dartford, Kent, England. It is located 18 miles south-east of Central London and is situated adjacent to the London Borough of Bexley to its west. To its north, across the Thames estuary, is Thurrock in Essex, which can be reached via the Dartford Crossing.

The Great Industrial Exhibition in 1853 was held in Dublin, Ireland. In its day, it was the largest international event to be held in Ireland. The Irish Industrial Exhibition Building, located on the grounds of Leinster House, housed the entire fair. It lasted from 12 May to 31 October, Queen Victoria accompanied by the Prince Consort and the Prince of Wales, paid an official visit on 29 August.

Ragged schools were charitable organisations dedicated to the free education of destitute children in 19th century Britain. The schools were developed in working-class districts. Ragged schools were intended for society's most destitute children. Such children, it was argued, were often excluded from Sunday School education because of their unkempt appearance and often challenging behaviour. The London Ragged School Union was established in April 1844 to combine resources in the city, providing free education, food, clothing, lodging and other home missionary services for poor children. Although the London Ragged School Union did not extend beyond the metropolis, its publications and pamphlets helped spread ragged school ideals across the country. They were phased out by the final decades of the 19th century. 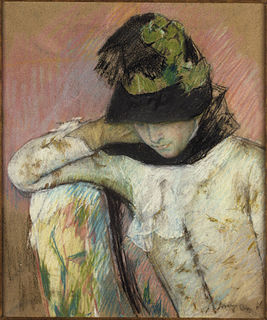 Wove paper is a writing paper with a uniform surface, not ribbed or watermarked. The papermaking mould's wires run parallel to each other to produce laid paper, but they are woven together into a fine wire mesh for wove paper. The originator of this new papermaking technique was James Whatman (1702–1759) from Kent, England.

South Darenth is a village in the civil parish of Horton Kirby and South Darenth in the Sevenoaks District of Kent, England. It is located 4.2 miles east of Swanley & 4.4 miles south of Dartford.

Marcus Ward and Co. was an Irish publishing company known for its illustrated books for children and adults, as well as its decorative greeting cards.

Ruxley was an ancient hundred, a land division in the north west of the county of Kent, England. Its area has been mostly absorbed by the growth of London; with its name currently referring to the Ruxley district. Its former area now corresponds to a majority of the London Borough of Bromley, a large part of the London Borough of Bexley and a small part of the Kent District of Sevenoaks. The hundred was within the Lathe of Sutton-at-Hone, in the west division of Kent.

Thomas Saunders may refer to: 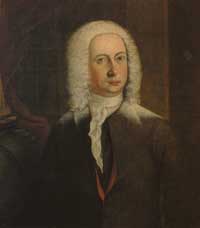 James Whatman (1702–1759), the Elder, was a paper maker, born in Kent, who made revolutionary advances to the craft in England. He is noted as the inventor of wove paper, an innovation used for high-quality art and printing. The techniques continued to be developed by his son, James Whatman the Younger (1741–1798). At a time when the craft was based in smaller paper mills, his innovations led to the large scale and widespread industrialisation of paper manufacturing.

Clement Taylor, of Tovil House, Maidstone, Kent, was an English paper-maker and politician who sat in the House of Commons from 1780 to 1796. 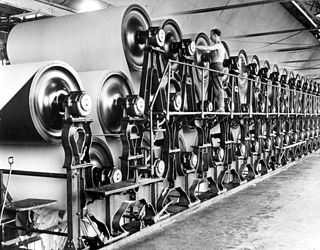 St Cuthberts Mill is a British paper manufacturing company in Wells, Somerset, that specialises in mould made artists papers. The range includes traditional painting and printmaking papers, and inkjet papers.

The Shaftesbury Homes and Arethusa is one of the United Kingdom's oldest children's charities. It has been active since 1843. Its aim, written in its current mission statement, is to support young people in care and need to find their voice, to be healthy, to learn, develop and achieve and to gain an independent and positive place in society.

John Hall was an English millwright and mechanical engineer, who, in 1785, founded the Dartford-based engineering company which became J & E Hall, today a prominent supplier of refrigeration machinery, and part of the Daikin group. During Hall's lifetime, he helped mechanise the papermaking industry, co-founded the first UK canning firm, and developed steam engines for land and marine use.