It was underwritten by Harry Oppenheimer, through an opaque trust fund. [2]

The aims and objectives of the Springbok Legion were enunciated in its 'Soldiers Manifesto'. The Springbok Legion was open to all servicemen regardless of race or gender and was avowedly anti-fascist and anti-racist. Amongst its leading members were servicemen such as Joe Slovo, Lionel Bernstein, Wolfie Kodesh, Jack Hodgson and Fred Carneson who all later joined the African National Congress and its military wing Umkhonto we Sizwe under the command of Nelson Mandela. Others such as Harry Schwarz, a later well-known anti-apartheid political leader, lawyer and ambassador to the United States during the government of national unity was one of the organisation's founders. Another member was General Kennie van der Spuy, one of the founding members of the South African Air Force who fought in both World War I and World War II and was captured and imprisoned in the Kremlin by the Russians after fighting alongside the White Russian forces against the communists and held until 1920.

The Torch Commando was founded in 1951 during the Coloured vote constitutional crisis, in protest against the South African government's plan to remove coloureds from the voters roll in the Cape. At a time when the Springbok Legion's numbers were diminishing, the Torch Commando strategy gave a new lease of life to the aims and objectives of the Springbok Legion, perceived as being too left wing by some, and gave a home to whites in other liberal formations including liberals in the United Party, who identified with black grievances.

The wartime RAF fighter ace Group Captain Adolph Malan became the president of the 'Torch Commando'. The commando's main activities were torchlight marches, from which they took their name. The largest march attracted 75,000 protesters.

The Torch Commando existed for more than five years, and at its height claimed to have had 250,000 members. The government was alarmed by the number of judges, public servants and military officers joining the organisation, and a new law was passed to ban anyone in public service or the military from joining. Subsequently the National Party did everything to purge the memory of the Springbok Legion, Torch Commando and men such as 'Sailor' Malan, who had appeal with white Afrikaner youth. 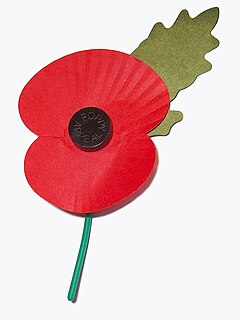 The Returned and Services League, Australia (RSL) is a support organisation for men and women who have served or are serving in the Defence Force.

Adolph Gysbert Malan,, better known as Sailor Malan, was a South African fighter pilot and flying ace in the Royal Air Force (RAF) who led No. 74 Squadron RAF during the Battle of Britain. He finished his fighter career in 1941 with 27 destroyed, 7 shared destroyed and 2 unconfirmed, 3 probables and 16 damaged. At the time he was the RAF's leading ace, and one of the highest scoring pilots to have served wholly with Fighter Command during the Second World War. 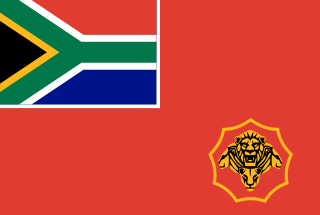 The South African Army is the ground warfare branch of South African National Defence Force. Its roots can be traced to its formation after the Union of South Africa was created in 1910. The South African military evolved within the tradition of frontier warfare fought by Boer Commando (militia) forces, reinforced by the Afrikaners' historical distrust of large standing armies. It then fought as part of the wider British effort in World War II, but afterwards was cut off from its long-standing Commonwealth ties with the ascension to power of the National Party in South Africa in 1948. The army was involved in a long and bitter counter-insurgency campaign in Namibia from 1966 to 1990. It also played a key role in controlling sectarian political violence inside South Africa during the late 1980s and early 1990s.

The Royal British Legion (RBL), sometimes called The British Legion or The Legion, is a British charity providing financial, social and emotional support to members and veterans of the British Armed Forces, their families and dependants.

The following lists events that happened during 1950 in South Africa. 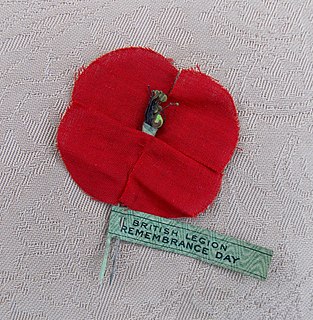 The remembrance poppy is an artificial flower worn to commemorate those who died for their country. Veterans' associations exchange poppies for charitable donations used to give financial, social and emotional support to members and veterans of the armed forces. 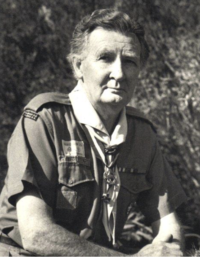 Victor J. Clapham (-1991) was a South African graphic artist, awarded the Bronze Wolf, the only distinction of the World Organization of the Scout Movement, awarded by the World Scout Committee for exceptional services to world Scouting, in 1976.

The New Republic Party (NRP) was a South African political party. It was formed as the successor to the disbanded United Party (UP) in 1977 and as a merger with the smaller Democratic Party. It drew its support mainly from the then Province of Natal, and tried to strike a moderate course between the apartheid policy of the ruling National Party (NP) and the liberal policies of the Progressive Federal Party (PFP).

The Special Interrogation Group (SIG) was a unit of the British Army during World War II. It was organized from German-speaking Jewish volunteers from Mandatory Palestine. The SIG performed commando and sabotage operations against Axis forces during the Western Desert Campaign.

The Medalje voor de Anglo-Boere Oorlog is a South African military campaign medal. It was instituted on 21 December 1920 as a retrospective award for Boer veteran officers and men who fought in the 1899–1902 Second Boer War. 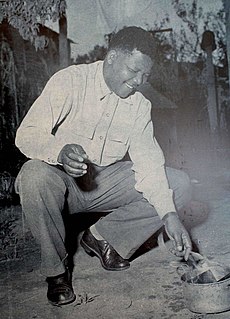 Nicolaas Christiaan Havenga was a South African politician who served as Finance Minister in the governments of J. B. M. Hertzog and Daniel François Malan.

This is a list of the famous and notable people from Kimberley, Northern Cape, South Africa.

Western Province Command was a command of the South African Army.