TrueOS (formerly PC-BSD or PCBSD) is a discontinued [2] Unix-like, server-oriented operating system built upon the most recent releases of FreeBSD-CURRENT. [3]

Up to 2018 it aimed to be easy to install by using a graphical installation program, and easy and ready-to-use immediately by providing KDE SC, Lumina, LXDE, MATE, or Xfce [4] as the desktop environment. In June 2018 the developers announced that since TrueOS had become the core OS to provide a basis for other projects, the graphical installer had been removed. [5] Graphical end-user-orientated OSes formerly based on TrueOS were GhostBSD and Trident. [6] TrueOS provided official binary Nvidia and Intel drivers for hardware acceleration and an optional 3D desktop interface through KWin, and Wine is ready-to-use for running Microsoft Windows software. TrueOS was also able to run Linux software [7] in addition to FreeBSD Ports collection and it had its own .txz package manager. TrueOS supported OpenZFS and the installer offered disk encryption with geli.

TrueOS was founded by FreeBSD professional Kris Moore in early 2005 as PC-BSD. In August 2006 it was voted the most beginner-friendly operating system by OSWeekly.com. [8]

The first beta of the PC-BSD consisted of only a GUI installer to get the user up and running with a FreeBSD 6 system with KDE3 pre-configured. This was a major innovation for the time as anyone wishing to install FreeBSD would have to manually tweak and run through a text installer. Kris Moore's goal was to make FreeBSD easy for everyone to use on the desktop and has since diverged even more in the direction of usability by including additional GUI administration tools and .pbi application installers. PC-BSD's application installer management involved a different approach to installing software than many other Unix-like operating systems, up to and including version 8.2, by means of the pbiDIR website. [9] Instead of using the FreeBSD Ports tree directly (although it remained available), PC-BSD used files with the .pbi filename extension (Push Button Installer) which, when double-clicked, brought up an installation wizard program. An autobuild system tracked the FreeBSD ports collection and generated new .pbi files daily. All software packages and dependencies were installed from inside of the .pbi files in their own self-contained directories in /Programs. This convention was aimed to decrease confusion about where binary programs reside, and to remove the possibility of a package breaking if system libraries are upgraded or changed, and to prevent dependency hell.

On September 1, 2016, the PC-BSD team announced that the name of the operating system would change to TrueOS. [3] Along with the rebranding, the project also became a rolling release distribution, based on the FreeBSD-CURRENT branch. [14]

On November 15, 2016, TrueOS began the transition from FreeBSD's rc.d to OpenRC as the default init system. Apart from Gentoo/Alt, where OpenRC was initially developed, this is the only other major BSD based operating system using OpenRC.

In July 2018, TrueOS announced that they would spin off the desktop edition into a separate project named Project Trident. [15] [16]

Development of TrueOS ended in 2020 and the developers recommended users move to other BSD-based operating systems. [2]

Since version 9.0, the KDE SC, customized to support tighter application integration and the .txz package management system, was no longer the only desktop environment supported by PC-BSD. While manual installation of other desktops such as Xfce and GNOME had been technically possible in earlier releases, none of these were supported in the earlier versions, and major functionality was lost when not using PC-BSD's special build of KDE SC. [47] Starting with version 9.0, PC-BSD added other desktop environments, including GNOME, Xfce, LXDE, and MATE.

Starting in September 2016 with the rebranding of PC-BSD, TrueOS became a rolling release distribution based on FreeBSD's current branch. [3] [14]

In 2014, the PC-BSD project announced its development of a new desktop environment, from scratch, named Lumina. Ken Moore is the main developer of Lumina, which is based on the Qt toolkit. [51]

The desktop environment is not an application development toolkit, and aims to be a graphical interface that only uses plugins for customization. [53]

TrueOS was originally licensed under the GNU General Public License (GPL) because the developers were under the impression that applications using the Qt, which TrueOS uses for its interface development, must be licensed under the GPL or the Q Public License. Upon discovering that there was, in fact, no such restriction, the TrueOS developers later relicensed the code under a BSD-like 3-clause license. [54]

TrueOS and the TrueOS logo are registered trademarks of iXsystems Inc. [55]

According to the TrueOS wiki, [57] TrueOS has the following hardware requirements:

UEFI support (for amd64 only) has been added to the installer and the boot manager since version 10.1 with the default EFI boot manager to be rEFInd. [58] This includes ACPI detection and setup of Root System Description Pointer (RSDP), [59] eXtended System Descriptor Table (XSDT), [60] and Root System Description Table (RSDT) [61] pass-through values to the kernel. A new installation is needed in order to install UEFI support as it requires the creation of a small FAT partition. The current UEFI does not support secure boot. 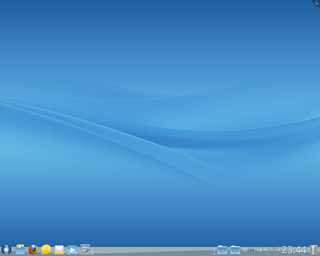 Xandros, Inc. was a software company which sold Xandros Desktop, a Linux distribution. The name Xandros was derived from the X Window System and the Greek island of Andros. Xandros was founded in May 2001 by Linux Global Partners. The company is headquartered in New York City.

PCLinuxOS, often shortened to PCLOS, is an x86-64 Linux distribution, with KDE Plasma Desktop, MATE and XFCE as its default user interfaces. It is a primarily free software operating system for personal computers aimed at ease of use. It is considered a rolling release. 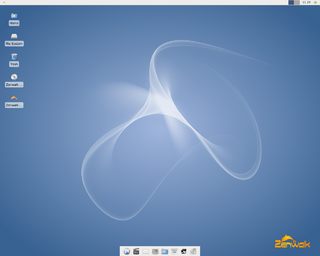 Zenwalk GNU/Linux is a desktop-focused Linux distribution founded by Jean-Philippe Guillemin. It is based on Slackware with very few modifications at system level making it 100% compatible with Slackware. Zenwalk aims to be a modern and multi-purpose Linux distribution by focusing on internet applications, multimedia and programming tools. Zenwalk comes with many specialized tools, designed for beginner through advanced users, as it offers system configuration via both graphical and command-line operations. 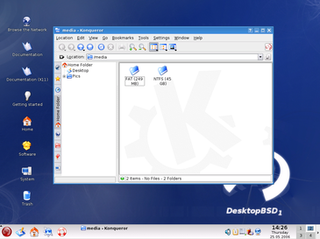 DesktopBSD is a Unix-derivative, desktop-oriented operating system based on FreeBSD. Its goal is to combine the stability of FreeBSD with the ease-of-use of K Desktop Environment 3, which is the default graphical user interface.

Pardus is a Linux distribution developed with support from the government of Turkey. Pardus' main focus is office-related work including use in Turkish government agencies. Despite that, Pardus ships in several languages. Its ease of use and availability free of charge has spawned numerous communities throughout the world.

Calculate Linux is a Linux distribution optimized for fast deployment in an organization environment. It is based on the Gentoo Linux project and includes many preconfigured functions. 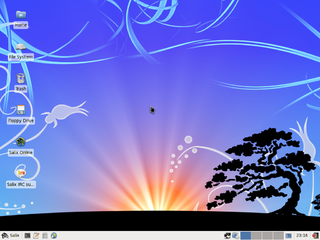 Salix OS is a multi-purpose Linux distribution based on Slackware. 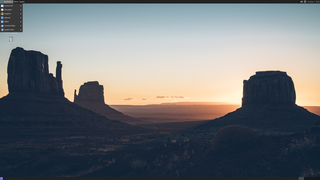 GhostBSD is a Unix-like operating system based on FreeBSD, with MATE as its default desktop environment and an Xfce-desktop community based edition. It aims to be easy to install, ready-to-use and easy to use. The project goal is to combine security, privacy, stability, usability, openness, freedom and to be free of charge.

Porteus is a portable operating system based on Slackware. It does not require installation and can be run from fixed and removable media, such as a USB flash drive or compact disc.

The Trinity Desktop Environment (TDE) is a complete software desktop environment designed for Linux and Unix-like operating systems, intended for computer users preferring a traditional desktop model, and is free/libre software. Born as a fork of KDE 3.5 back in 2010, it was originally created by Timothy Pearson, who had coordinated Kubuntu remixes featuring KDE 3.5 after Kubuntu switched to KDE Plasma 4. 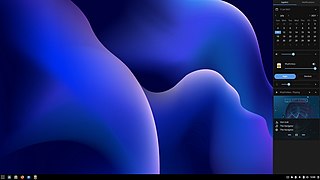 Solus is an independently developed operating system for the x86-64 architecture based on the Linux kernel and a choice of the homegrown Budgie desktop environment, GNOME, MATE or KDE Plasma as the desktop environment. Its package manager, eopkg, is based on the PiSi package management system from Pardus Linux, and it has a semi-rolling release model, with new package updates landing in the stable repository every Friday. The developers of Solus have stated that Solus is intended exclusively for use on personal computers and will not include software that is only useful in enterprise or server environments. 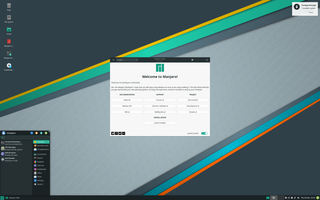 Manjaro is a free and open-source Linux distribution based on the Arch Linux operating system that has a focus on user-friendliness and accessibility. It uses a rolling release update model and Pacman as its package manager. It is developed mainly in Austria, France and Germany. 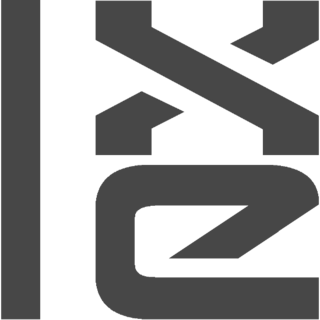 LXLE is a Linux distribution based upon the most recent Ubuntu/Lubuntu LTS release, using the LXDE desktop environment. LXLE is a lightweight distro, with a focus on visual aesthetics, that works well on both old and new hardware.

Void Linux is an independent Linux distribution that uses the X Binary Package System (XBPS) package manager, which was designed and implemented from scratch, and the runit init system. Excluding binary kernel blobs, a base install is composed entirely of free software, but users can access an official non-free repository to install proprietary software. 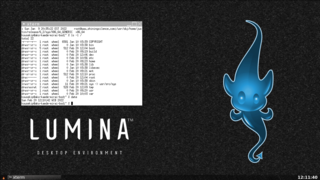 Lumina Desktop Environment, or simply Lumina, is a plugin-based desktop environment for Unix and Unix-like operating systems. It is designed specifically as a system interface for TrueOS, and systems derived from Berkeley Software Distribution (BSD) in general, but has been ported to various Linux distributions. 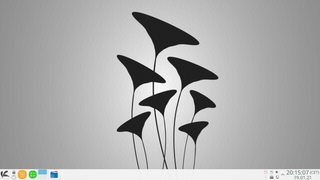 KaOS is a desktop Linux distribution that features the latest version of the KDE desktop environment, the Calligra office suite, and other popular software applications that use the Qt toolkit.