Yumbel originated from the small fort of San Felipe de Austria, raised in 1585 by Governor Alonso de Sotomayor, on the cerro del Centinela (Hill of the Sentinel). This fort was destroyed by the Mapuche and replaced in 1603, by Governor Alonso de Ribera as fort Santa Lucia de Yumbel. Destroyed in 1621 it was rebuilt the same year. It remained in use until 1648 when it was abandoned and its garrison sent to the fort of Nacimiento, Chile. Governor Ángel de Peredo again constructed it in 1663 as fort Nuestra Señora de Almudena. When Francisco de Meneses Brito populated it three years later he renamed it San Carlos de Austria de Yumbel. During the term of Diego González Montero Justiniano a town that had evolved was given the name of Santa Lucia de Yumbel. Governor Antonio de Guill y Gonzaga gave it the recognition as a town in 1766. It grew little until the Chilean War of Independence when it was occupied by both sides at times and then was burned by the Spanish guerrilla Juan Manuel Picó and the end of 1820. [4]

The town was reduced to ruins in the earthquake of February 20, 1835, and was reestablished to the north of the old location on August 29, 1836. It alternated for some time with the town of San Luis Gonzaga as the capital of the Department of Rere, until the decree of June 2, 1853 confirmed Yumbel as the capital. On March 19, 1871 Yumbel was made a city. [4]

The city lies a few kilometers northeast of the confluence of the Laja and Bío Bío rivers. The Biobío River marks boundary between two natural regions of Chile, the Zona Central to the north and the Zona Austral to the south.

As a commune, Yumbel is a third-level administrative division of Chile administered by a municipal council, headed by an alcalde who is directly elected every four years. The 2008-2012 alcalde is Camilo Cabezas Vega (PH). [1] [2]

Within the electoral divisions of Chile, Yumbel is represented in the Chamber of Deputies by Jorge Sabag (PDC) and Frank Sauerbaum (RN) as part of the 42nd electoral district, (together with San Fabián, Ñiquén, San Carlos, San Nicolás, Ninhue, Quirihue, Cobquecura, Treguaco, Portezuelo, Coelemu, Ránquil, Quillón, Bulnes and Cabrero). The commune is represented in the Senate by Alejandro Navarro Brain (MAS) and Hosain Sabag Castillo (PDC) as part of the 12th senatorial constituency (Biobío-Cordillera). 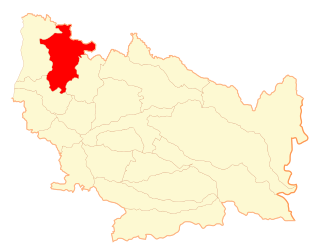 San Pedro de la Paz is a Chilean city and commune located in the Concepción Province, Biobío Region. It has some 80,447 inhabitants according to the 2002 national census. In 2005, the Pedro Aguirre Cerda avenue, the main avenue in the city, was completed. Most of the inhabitants of this comuna commute daily to Concepción - either by car, bus or train - over the Biobío River. It is considered to be part of Greater Concepción conurbation. 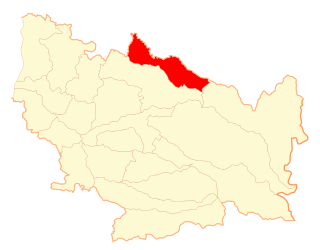 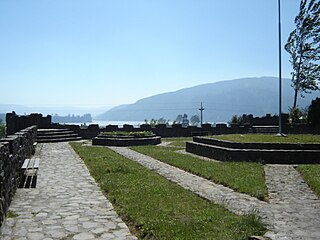 Hualqui is a Chilean city and commune in the Concepción Province, Biobio Region. It is also part of the Greater Concepcion conurbation, although it maintains a rural profile. It had a population of 24,333 inhabitants according to the 2017 census.

Santa Juana is a city and commune of the Concepción Province in the Bío Bío Region of Chile. It lies south and west of the Biobío River in the valley of Catirai and is 48 kilometers from Concepción, Chile. 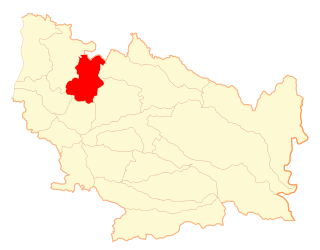 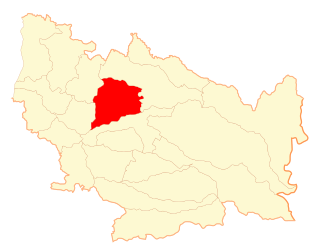 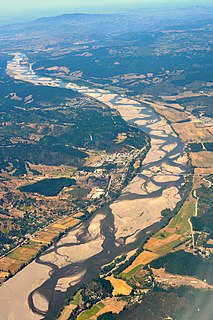 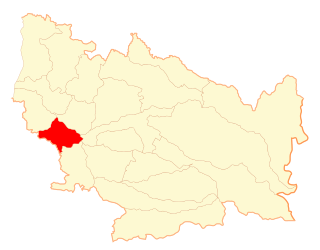 Santa Bárbara is a Chilean city and commune in Bío Bío Province, Bío Bío Region. In 2004 a great portion of its territory was taken off to form the new commune of Alto Bío Bío.

Rere is a town located in the commune of Yumbel, Province of Biobío, in the Bío Bío Region of Chile. It takes its name from the Moluche language of the indigenous confederation, or aillarehue, that occupied both sides of the Claro River and made up the greater confederation, or Butalmapu, between the Itata and Bio Bio Rivers. In 1603, then Royal Governor of Chile under Spanish rule Alonso de Ribera was to declare the erection of the areas first fort naming it Nuestra Señora de la Buena Esperanza. Later, in 1765, the town of Villa de San Luis Gonzaga de Rere was founded on that site by governor Antonio de Guill y Gonzaga. Today Rere sits 21 km west of the town of Yumbel.