Yvonne Elsworth FRS FInstP FRAS is an Irish physicist, Professor of Helioseismology and Poynting Professor of Physics in the School of Physics and Astronomy at the University of Birmingham. [2] Elsworth is also the Head of the Birmingham Solar Oscillations Network (BiSON), the longest running helioseismology network with data covering three solar cycles. [3]

Elsworth was elected a Fellow of the Royal Society (FRS) in 2015 for her work on helioseismology. [1] Her certificate of election reads:

Asteroseismology or astroseismology is the study of oscillations in stars. Because a star's different oscillation modes are sensitive to different parts of the star, they inform astronomers about the internal structure of the star, which is otherwise not directly possible from overall properties like brightness and surface temperature. Asteroseismology is closely related to helioseismology, the study of stellar oscillations specifically in the Sun. Though both are based on the same underlying physics, more and qualitatively different information is available for the Sun because its surface can be resolved.

16 Cygni or 16 Cyg is the Flamsteed designation of a triple star system approximately 69 light-years away from Earth in the constellation of Cygnus. It consists of two Sun-like yellow dwarf stars, 16 Cygni A and 16 Cygni B, together with a red dwarf, 16 Cygni C. In 1996 an extrasolar planet was discovered in an eccentric orbit around 16 Cygni B.

Eric Ronald Priest is Emeritus Professor at St Andrews University, having held previously the Gregory Chair of Mathematics and a Bishop Wardlaw Professorship there. 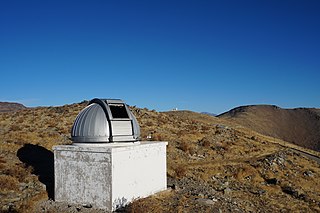 The Birmingham Solar Oscillations Network (BiSON) consists of a network of six remote solar observatories monitoring low-degree solar oscillation modes. It is operated by the High Resolution Optical Spectroscopy group of the School of Physics and Astronomy at the University of Birmingham, UK, in collaboration with Sheffield Hallam University, UK. They are funded by the Science and Technology Facilities Council (STFC).

Douglas Owen Gough FRS is a British astronomer, Professor Emeritus of Theoretical Astrophysics in the University of Cambridge, and Leverhulme Emeritus Fellow.

Miles John Padgett, is Professor of Optics in the School of Physics and Astronomy at the University of Glasgow. He has held the Kelvin Chair of Natural Philosophy since 2011 and has served as Vice Principal for research at Glasgow since 2014.

Jenny Nelson is Professor of Physics in the Blackett Laboratory and Head of the Climate change mitigation team at the Grantham Institute - Climate Change and Environment at Imperial College London.

Sir Steven Charles Cowley is a British theoretical physicist and international authority on nuclear fusion and astrophysical plasmas. He has served as director of the United States Department of Energy (DOE) Princeton Plasma Physics Laboratory (PPPL) since 1 July 2018. Previously he served as president of Corpus Christi College, Oxford, since October 2016. and head of the EURATOM / CCFE Fusion Association and chief executive officer of the United Kingdom Atomic Energy Authority (UKAEA).

Henry James Snaith is a professor in physics in the Clarendon Laboratory at the University of Oxford.

Timothy R. Bedding is an Australian astronomer known for his work on asteroseismology, the study of stellar oscillations. In particular, he contributed to the first detections of solar-like oscillations in stars such as eta Bootis, beta Hydri and alpha Centauri. He also led the discovery, using data from the Kepler space telescope, that red giants oscillate in mixed modes that are directly sensitive to the core properties of the star and can be used to distinguish red giants burning helium in their cores from those that are still only burning hydrogen in a shell.

Kepler-432 is a binary star system with at least two planets in orbit around the primary companion, located about 2,830 light-years away from Earth.

Robin Marshall is an Emeritus professor of Physics & Biology in the School of Physics and Astronomy at the University of Manchester.

Jennifer Anne Thomas,, is a British physicist and professor at University College London. 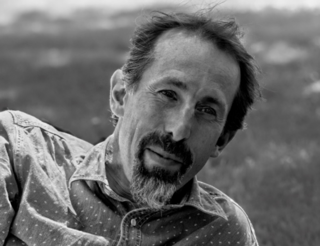 Jeremy John Baumberg, is Professor of Nanoscience in the Cavendish Laboratory at the University of Cambridge, a Fellow of Jesus College, Cambridge and Director of the NanoPhotonics Centre.

Philippa K. Browning is a Professor of Astrophysics in the Jodrell Bank Centre for Astrophysics at the University of Manchester. She specialises in the mathematical modelling of fusion plasmas.