The season ended when the Texans defeated the Houston Oilers in the AFL Championship game.

The AFL had 8 teams, grouped into two divisions. Each team would play a home-and-away game against the other 7 teams in the league for a total of 14 games, and the best team in the Eastern Division would play against the best in the Western Division in a championship game. If there was tie in the standings, a playoff would be held to determine the division winner.

The 1962 season started out as a race between Houston and Boston in the East, and Dallas and Denver in the West. After seven games, the Broncos were 6–1–0 and the Texans right behind at 5–1–0, while Boston and Houston were tied at 4–2–0.

In Week Eight, Buffalo beat Denver 45–38, while Dallas won at Houston, 31–7. The Oilers' loss, and Boston's 26–16 win over Oakland, put the Patriots and Texans at the top of their divisions. The next week, though, Houston won its rematch at Dallas, 14–6, and though it did not help the Oilers, Denver made a comeback to win 23–20 at San Diego to reclaim the division lead on November 4. In Week Ten, Boston beat Denver 33–29. Houston stayed half a game behind Boston, while Dallas pulled half a game ahead of Denver.

In Week Eleven (November 18), Houston won at Boston, 21–17, to reclaim the East, and Dallas won 24–3 at Denver to boost its lead. Houston and Boston continued to win, but in the final week, the Oilers clinched the division with a 44–10 in over the Titans.

The 1960 Oakland Raiders season was the inaugural one for the franchise and for the American Football League. Head coach Eddie Erdelatz led the team to a 6–8 finish, third out of four teams in the Western Division. 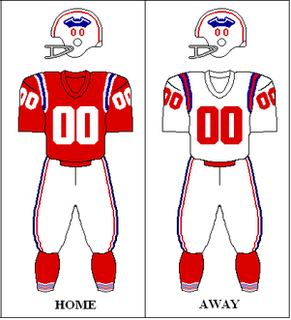 Joel Dale Collier is an American former football coach who was the head coach of the Buffalo Bills of the American Football League (AFL) from 1966 through part of 1968, compiling a 13–16–1 record.

The 1967 Denver Broncos season was the eighth season for the team in the American Football League (AFL). Led by first-year head coach and general manager Lou Saban, the Broncos posted a record of three wins and eleven losses, last in the AFL's Western division. Running back Floyd Little, a first round draft choice, was team captain in his rookie season. After an opening win at home, the Broncos lost nine straight games, then split the last four.

The 1969 Houston Oilers season was the 10th and final season for the Houston Oilers as a professional AFL franchise before moving to the National Football League when the two merged. The team equaled their 1968 record of 7–7 (.500), finishing 6–6–2. They qualified for the playoffs but lost in the Divisional Round to the Oakland Raiders.

The Houston Oilers were a professional American football team who played in Houston, Texas from 1960 to 1996 before relocating and becoming the Tennessee Titans. The Oilers began play in 1960 as a charter member of the American Football League (AFL). The team won two AFL championships before joining the NFL as part of the AFL–NFL merger in the late 1960s.