Alter Channel, better known as Alter, was a private TV channel in Greece. It launched in 1990 and was owned by Eleftheri Tileorasi S.A. and was headed by Andreas Kouris. Programming mainly consisted of news, current affairs shows and entertainment programs. Alter featured popular news anchor Nikos Hadjinikolaou, morning show host Giorgos Aftias & controversial but popular investigative reporter Makis Triantafyllopoulos. Alter also aired the award-winning program Light In The Tunnel , a program that tracked down missing individuals. It also featured a strong lineup of children's programming that aired daily. In 2011, Alter faced with severe financial difficulties and in early December 2011, it stopped broadcasting due to financial difficulties.

On November 11, 2011, unpaid Alter employees re-occupied the station, taking over the transmission and broadcasting screens with their demands. The workers refused to return to their jobs, not accepting the rescue plan which was presented by the station owner George Kouris, forcing Digea to purposefully downgrade the quality of the station's signal, with further intention to sabotage the unpaid employees attempts to voice their complaints and demands. [2] Alter employees produced and transmitted their own program from January 1 until February 10, 2012, at which point both terrestrial and satellite transmissions ceased. The programme featured interviews with unemployed Greeks, unpaid workers, striking workers of the Greek steel industry, unpaid employees of newspaper Eleftherotypia, economist Dimitris Kazakis (who referred to the imposition of new measures by the government Papademos), the chairman of power company union GENOP, Nikos Fotopoulos, and former broadcast journalist John Kanelakis. Presenters of the show were George Filippakis and Akrivi Kirikos.

Also, broadcast at this time were the documentaries Debtocracy, and W4 Crisis (Women of the crisis), which referred to the economic crisis and the Greek debt. The solidarity concert at the indoor basketball court of Peristeri was also broadcast on Monday, January 30, 2012.

In April 2012, the major shareholder of ALTER George Kouris started negotiations with Israeli investors, who wanted to financially support the channel.

The original logo used by Alter Channel, which lasted for just one year, featured a swirl type symbol in red at the top and the words 'Alter Channel' below in blue. The channel simply used the word 'Alter' as its logo.

Alter Globe is the international network of Alter Channel that broadcasts 'the best of Alter' to audiences in North America and Australia. The channel launched in August 2005 in the USA on Dish Network and on December 2005 in Australia on UBI World TV. In September 2007 it switched platforms in the US from Dish Network to DirecTV. On April 1, 2011, was removed from the DirecTV platform along with all other Greek satellite television channels that were carried by the service. On October 1, 2011, Alter Globe re-launched in the US on the Home2US platform. 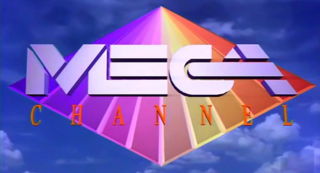 KGW, virtual channel 8, is an NBC-affiliated television station licensed to Portland, Oregon, United States. The station is owned by Tegna Inc. KGW's studios are located on Jefferson Street in southwestern Portland, and its transmitter is located in the city's Sylvan-Highlands section. KGW also served as the Portland bureau for co-owned regional news channel Northwest Cable News before it shut down on January 6, 2017.

KGNS-TV, virtual and VHF digital channel 8, is an NBC/ABC/Telemundo-affiliated television station licensed to Laredo, Texas, United States. Owned by Gray Television, it is a sister station to low-powered CBS affiliate KYLX-LD. The two stations share studios on Del Mar Boulevard in northern Laredo; KGNS-TV's transmitter is located northwest of the city. On cable, the station can be seen on Charter Spectrum channel 10 in both standard and high definition, and is also available on Dish Network and DirecTV.

KBTX-TV, virtual channel 3, is a CBS-affiliated television station licensed to Bryan, Texas, United States and serving the Brazos Valley. The station is owned by Gray Television. KBTX-TV's studios are located on East 29th Street in Bryan, and its transmitter is located northwest of Anderson, Texas. 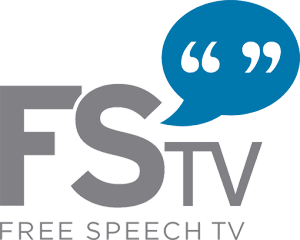 Free Speech TV (FSTV) is an American news and opinion network. It was launched in 1995 and is owned and operated by Public Communicators Incorporated, a 501(c)3 non-profit, tax-exempt organization founded in 1974. Distributed principally by Dish Network, DirecTV, and the network's live stream at freespeech.org and on Roku, Free Speech TV has run commercial free since 1995 with support from viewers and foundations. The network claims to "amplify underrepresented voices and those working on the front lines of social, economic and environmental justice," bringing viewers an array of daily news programs, independent documentaries and special events coverage, predominantly from a progressive perspective.