In 1945, Army was declared co-national champions by the Intercollegiate Soccer Football Association, the predecessor to the NCAA, making it the only season Army won a national championship of any kind in men's college soccer. Much of the program's success in NCAA came in the 1960s, when they were regulars in the NCAA Division I Men's Soccer Championship. From 1963 until 1967 Army reached the College Cup (final four) for four consecutive seasons, although the program never managed to reach the national championship. The program regularly made appearances through the mid-1970s before having a dip in form. The program once again qualified for the NCAA Tournament in 1996, but have failed to qualify since then.

The following players for Army have been honored with Patriot League honors since the league began sponsoring men's soccer in 1990: [5]

Army has appeared in 12 NCAA Tournaments, including four College Cup appearances. Their most recent performance came in 1996. Their combined NCAA record is 10–12–1.

The George Mason Patriots are the intercollegiate athletic teams representing George Mason University (GMU), located in Fairfax, Virginia. The Patriots compete in Division I of the National Collegiate Athletic Association (NCAA) as members of the Atlantic 10 Conference for most sports. 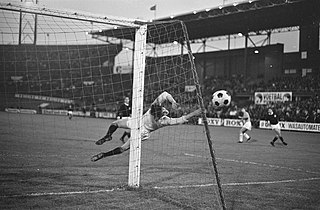 The UCF Knights are the athletic teams that represent the University of Central Florida in Orlando, Florida. The Knights participate in the National Collegiate Athletic Association's (NCAA) Division I as a member of the American Athletic Conference. UCF was invited to join the Big 12 Conference on September 10, 2021, and accepted the invitation later that day. It is anticipated the Knights could join as soon as the 2023–24 athletic year pending negotiation of departure terms with the American Athletic Conference.

John S. Emmer is a former American lacrosse coach. He retired in 2005 with 326 wins, making him the lacrosse coach with the most wins in NCAA history. This mark was surpassed in 2008 by Jim Berkman of Division III Salisbury University. Emmer is one of only two head coaches to have led three different teams to the NCAA men's lacrosse tournament. 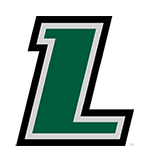 The Loyola Greyhounds are the athletic teams that represent Loyola University Maryland. The teams include men and women's basketball, cross country, lacrosse, rowing, soccer, swimming & diving, and tennis. Men's sports also include golf, while women's sports also include track and field and volleyball. The Greyhounds compete in the NCAA Division I and joined the Patriot League for all sports on July 1, 2013.

The American Eagles men's soccer team is an intercollegiate varsity sports team of American University. The team is a member of the Patriot League of the National Collegiate Athletic Association. In 1985, the team reached to the national championship, losing to UCLA after eight overtimes. 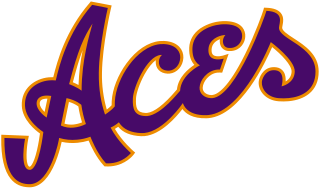 The Evansville Purple Aces men's soccer team represents the University of Evansville in the Missouri Valley Conference (MVC) of NCAA Division I soccer. The Purple Aces play their home matches on Black Beauty Field at Arad McCutchan Stadium on the north end of the university's campus in Evansville, Indiana. The team is currently coached by Marshall Ray.

The 2015–16 Army Black Knights men's basketball team represented the United States Military Academy during the 2015–16 NCAA Division I men's basketball season. The Black Knights, led by seventh year head coach Zach Spiker, played their home games at Christl Arena and were members of the Patriot League. They finished the season 19–14, 9–9 in Patriot League play to finish in a four way tie for fourth place. They defeated Colgate in the quarterfinals of the Patriot League Tournament to advance to the semifinals where they lost to Holy Cross. They were invited to the CollegeInsider.com Tournament, where they lost in the first round at NJIT.

The 2017–18 Army Black Knights men's basketball team represents the United States Military Academy during the 2017–18 NCAA Division I women's basketball season. The Black Knights, led by twelfth year head coach Dave Magarity, play their home games at Christl Arena and are members of the Patriot League. They finished the season 17–14, 9–9 in Patriot League play to finish in a tie for fourth place. They advanced to the semifinals of the Patriot League Women's Tournament where they lost to American.

The Army–Navy lacrosse rivalry is an intercollegiate lacrosse rivalry between the Army Black Knights and the Navy Midshipmen. The two programs, historical rivals in other sports like football and soccer, have a fierce and nationally-relevant rivalry in lacrosse as well. With 25 national championships, 10 Final Fours in the NCAA era, and 190 consensus first team All-Americans, the two teams have been integral to the game's history. The rivalry carries a different spirit than many others in collegiate lacrosse, described by former Navy goalie Ryan Kern as: "t’s the same camaraderie that you had in the fall with the football game and it kind of comes out again in the spring with the lacrosse game,” Navy junior goalie Ryan Kern said. “No doubt, all the other sports are important, but just the sheer number of people that come to this game is crazy — just like the football game. You see 16,000 people come to a regular season lacrosse game, and that’s not happening at other lacrosse programs." After 101 meetings, Navy leads the series 62–36–3 through 2021.