The Army Mules are a group of mules which serve as the mascots for the United States Military Academy in West Point, New York.

The tradition of mules as mascots for Army dates back to 1899, when an officer at the Philadelphia Quartermaster Depot decided that the team needed a mascot to counter the Navy goat. Mules were an obvious choice, as they were used as haulers for Army gear for generations. Not much is known about the "official" mules until 1936, when Mr. Jackson (named for Thomas J. "Stonewall" Jackson), a former Army pack mule, arrived from Front Royal, Virginia. He served for twelve years, presiding over two national championship teams. Starting with Mr. Jackson, there have been seventeen "official" Army mules, only one, Buckshot, being female. The current Mule Corps are:

The Army Mules are trained by cadet Mule Riders, a part of the Spirit Support Activity of the U.S. Corps of Cadets. The current Army Mule Riders are: Cadet Garrett Dolan, 2021, Cadet Sarah Traynor, 2022, Cadet Kyle Kass, 2023, and Cadet Benjamin Bennett, 2024. Together they are present at many of West Point's athletic events, parades, and other ceremonial activities.

The Mules serve not only as West Point's mascot, but also as the mascot for the entire United States Army. 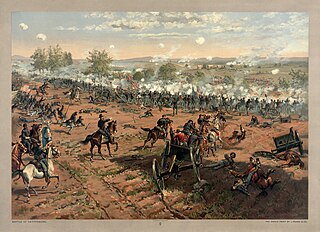 The Battle of Gettysburg was fought July 1–3, 1863, in and around the town of Gettysburg, Pennsylvania, by Union and Confederate forces during the American Civil War. In the battle, Union Maj. Gen. George Meade's Army of the Potomac defeated attacks by Confederate Gen. Robert E. Lee's Army of Northern Virginia, halting Lee's invasion of the North. The battle involved the largest number of casualties of the entire war and is often described as the war's turning point due to the Union's decisive victory and concurrence with the Siege of Vicksburg. 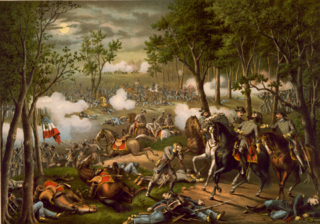 The Battle of Chancellorsville was a major battle of the American Civil War (1861–1865), and the principal engagement of the Chancellorsville campaign. It was fought from April 30 to May 6, 1863, in Spotsylvania County, Virginia, near the village of Chancellorsville. Two related battles were fought nearby on May 3 in the vicinity of Fredericksburg. The campaign pitted Union Army Maj. Gen. Joseph Hooker's Army of the Potomac against an army less than half its size, General Robert E. Lee's Confederate Army of Northern Virginia. 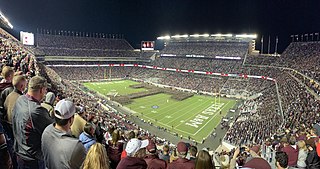 John Sedgwick was a military officer and Union Army general during the American Civil War.

George Stoneman Jr. was a United States Army cavalry officer and politician who served as the fifteenth Governor of California from 1883 to 1887. He was trained at West Point, where his roommate was Stonewall Jackson, and graduated in 1846. Stoneman served in the Army for thirty-six years, though he was relieved of command in 1871. During this time, he was involved in multiple conflicts, including the Mexican–American War, where he did not see any combat, the Yuma War, and the American Civil War. In 1861, Stoneman was promoted to Brigadier General, and was later put in command of the Army of the Potomac's 3rd Infantry Corps, and subsequently the newly-created cavalry corps.

The Virginia Tech Corps of Cadets (VTCC) is the military component of the student body at Virginia Polytechnic Institute and State University. Cadets live together in residence halls, attend morning formation, wear a distinctive uniform, and receive an intensive military and leadership educational experience similar to that available at the United States service academies. The Corps of Cadets has existed from the founding of the Virginia Agricultural and Mechanical College in 1872 to the present-day institution of Virginia Tech, which is designated a senior military college by federal law. As of August 2021, about 1,200 cadets are currently enrolled in the program.

The Army of Virginia was organized as a major unit of the Union Army and operated briefly and unsuccessfully in 1862 in the American Civil War. It should not be confused with its principal opponent, the Confederate Army of Northern Virginia, commanded by Robert E. Lee.

Isaac Ridgeway Trimble was a United States Army officer, a civil engineer, a prominent railroad construction superintendent and executive, and a Confederate general in the American Civil War. He was born in Virginia, lived in Maryland for much of his adult life, and returned to Virginia in 1861 after Maryland did not secede. Trimble is most famous for his role as a division commander in the assault known as Pickett's Charge at the Battle of Gettysburg. He was wounded severely in the leg during that battle, and was left on the field. He spent most of the remainder of the war as a prisoner, and was finally paroled on April 16, 1865, one week after Robert E. Lee surrendered the Army of Northern Virginia following the Battle of Appomattox Court House. 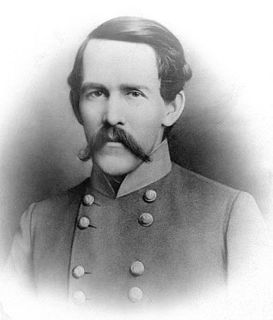 Robert Emmett Rodes was a Confederate general in the American Civil War, and the first of Robert E. Lee's divisional commanders not trained at West Point. His division led Stonewall Jackson's devastating surprise attack at the Battle of Chancellorsville; Jackson, on his deathbed, recommended that Rodes be promoted to major general. Rodes then served in the corps of Richard S. Ewell at the Battle of Gettysburg and in the Overland Campaign, before that corps was sent to the Shenandoah Valley under Jubal Early, where Rodes was killed at the Third Battle of Winchester.

The V Corps was a unit of the Union Army of the Potomac during the American Civil War.

Alpheus Starkey Williams was a lawyer, judge, journalist, U.S. Congressman, and a Union general in the American Civil War. 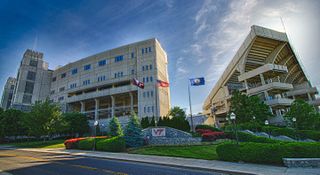 Lane Stadium is a college football stadium in the eastern United States, located on the campus of Virginia Polytechnic Institute and State University in Blacksburg, Virginia. The playing surface of the stadium is named Worsham Field. The home field of the Virginia Tech Hokies of the Atlantic Coast Conference (ACC), it was rated the number one home field advantage in all of college football in 2005 by Rivals.com. In 2007, it was ranked #2 on ESPN.com's "Top 10 Scariest Places To Play." The stadium is named for Edward Hudson Lane, a former student, local businessman, and Virginia Tech booster, while the playing surface is named for Wes Worsham, a university donor and booster. 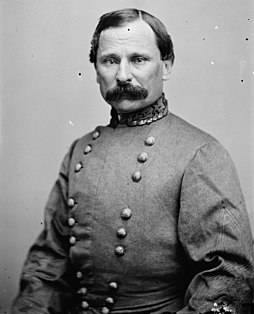 A military mascot, also known as a ceremonial pet or regimental mascot, is a pet animal maintained by a military unit as a mascot for ceremonial purposes and/or as an emblem of that unit. It differs from a military animal in that it is not employed for use directly in warfare as a weapon or for transport.

The Penn State Army Reserve Officers' Training Corps is the ROTC department at The Pennsylvania State University. It is the largest branch of the ROTC program at the school, which also has Naval ROTC and Air Force ROTC. The Penn State ROTC Battalion is one of the 41 participating battalions in the 2nd Reserve Officers' Training Corps Brigade, also known as the Freedom Brigade. The brigade is headquartered at Fort Dix, NJ, and comprises ROTC programs in the North Eastern United States including CT, MA, ME, NH, NJ, NY, PA, RI, and VT. 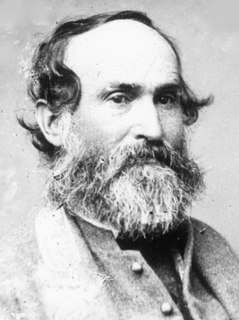 Jubal Anderson Early was a Virginia lawyer and politician who became a Confederate general during the American Civil War. Trained at the United States Military Academy, Early resigned his U.S. Army commission after the Second Seminole War and his Virginia military commission after the Mexican–American War, in both cases to practice law and participate in politics. Accepting a Virginia and later Confederate military commission as the American Civil War began, Early fought in the Eastern Theater throughout the conflict. He commanded a division under Generals Stonewall Jackson and Richard Ewell, and later commanded a corps. A key Confederate defender of the Shenandoah Valley, during the Valley Campaigns of 1864, Early made daring raids to the outskirts of Washington, D.C., and as far as York, Pennsylvania, but was crushed by Union forces under General Philip Sheridan, losing over half his forces and leading to the destruction of much of the South's food supply. After the war, Early fled to Mexico, then Cuba and Canada, and upon returning to the United States took pride as an "unrepentant rebel." Particularly after the death of Gen. Robert E. Lee in 1870, Early delivered speeches establishing the Lost Cause position. Early helped found the Southern Historical Society and memorial associations.