The Asia Pacific Screen Awards (APSA) is an international cultural initiative of the Brisbane City Council, Australia, to honour and promote the films, actors, directors, and cultures of the Asia-Pacific region to a global audience and to realise the objectives of UNESCO to promote and preserve the respective cultures through the influential medium of film.

Staged for the first time in 2007, APSA collaborates with UNESCO and FIAPF-International Federation of Film Producers Associations. Winners are determined by an international jury and films are judged on cinematic excellence and the way in which they attest to their cultural origins. APSA takes the works of filmmakers across more than 70 countries and areas in the Asia-Pacific region to new international audiences.

Nominees are automatically inducted into the Asia Pacific Screen Academy, a body of Asia-Pacific filmmakers. Australian screen legend, Jack Thompson AM, is the President of the Academy.

Films can be submitted in one or all of four film categories:

Awards are presented for the following achievements:

In addition, three special awards are presented for outstanding achievement:

The annual APSA Young Cinema Award, presented by NETPAC (Network for the Promotion of Asian Cinema) and the Griffith Film School (GFS), recognises the abundant emerging talent of the Asia Pacific.

The Asia Pacific Screen Award for Best Original Score was awarded for the first time during the 12th Asia Pacific Screen Awards on 29 November 2018. The jury for the inaugural award was helmed by Ryuichi Sakamoto. [2] According to APSA Chairman Michael Hawkins, this new category is designed to "honour more great films and the musicians who contribute so strongly to the emotions of the films". [3] [4] [5] [6] 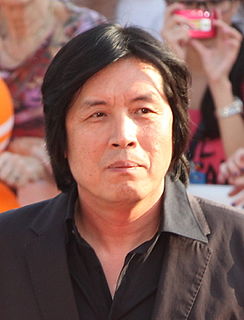 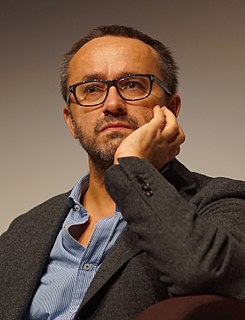 Herlina Christine Natalia Hakim is an Indonesian actress, film producer, and activist. Born to a devout Muslim family of a mixed-race background in Jambi, she grew up in Yogyakarta, aspiring to be an architect or psychologist. This changed after she was discovered by Teguh Karya for his 1973 movie Cinta Pertama, a role which garnered her a Citra Award for Best Actress and convinced her to follow a career in acting. Since then, she has starred in numerous films, including 1977's Badai Pasti Berlalu and 1988's Tjoet Nja' Dhien; she also had a minor role in the 2010 Hollywood movie Eat Pray Love. As of 2011, she has won six Citra Awards, received a lifetime achievement award from the Cinemanila International Film Festival, and served as a member of the jury at the Cannes Film Festival

The FIAPF Award is awarded by the International Federation of Film Producers Associations (FIAPF) for an outstanding achievement in film in the Asia-Pacific region. The winners of this award are

Asia Pacific Screen Awards (APSA) awards The Cultural Diversity Award under the patronage of UNESCO annually to a film practitioner and film from the region for their exceptional contribution for upholding and promoting the cultural diversity through the medium of the film.

Aleksei Alekseivich German is a Russian film director. His last name is pronounced with a hard "g" and in English is sometimes spelled Guerman or Gherman to avoid confusion.

The Gulls is a 2015 Russian drama directed by Ella Manzheeva and starring fashion model Eugenia Mandzhieva in her big screen debut. Set against the backdrop of modern-day Kalmykia, it has been presented in various international festivals including the Berlinale and was awarded Best Debut at Kinotavr.

Shehnad Jalal born 28 June 1978, is a cinematographer based in Kerala, India. After completing his Post Graduation in Commerce from the Kerala University, in 2002, he joined the Satyajit Ray Film and Television Institute (SRFTI), Kolkata for Post Graduate Diploma in Cinematography. After graduating in 2006, he started his career as an assistant to the renowned Cinematographer Venu and went on to work with him in several feature films, documentaries and television commercials. Shehnad Jalal made his debut as a Cinematographer in the film Chitrasutram, directed by Vipin Vijay. The film won him the Kerala State Film Award for Best Cinematography in the year 2010. The documentary, A Pestering Journey directed by K R Manoj won him the Navaroze Contractor Award for the Best Documentary Cameraman at the 4th International Documentary and Short Film Festival of Kerala, 2011., He won a nomination for Achievement in Cinematography at the Asia Pacific Screen Awards 2017, for his work in the movie Loktak Lairembee in the Meitei language, directed by Haobam Paban Kumar. The film had its world premiere at the Busan International Film Festival 2016 in the New Currents and was selected for the Berlinale FORUM 2017. The film won the Golden Gateway award for Best Film at the Mumbai International Film Festival 2016 and the National Award for the Best Indian Film on Environment Conservation, 2016.

The 10th Asia Pacific Screen Awards were held on Thursday, 24 November 2016 at the Brisbane Conventions and Exhibition Centre in Brisbane, Australia.

The 11th Asia Pacific Screen Awards were held on 23 November 2017 at the Brisbane Conventions and Exhibition Centre in Brisbane, Australia.

The 12th Asia Pacific Screen Awards were held on 29 November 2018 in Brisbane, Australia.

Buoyancy is a 2019 Australian drama film directed by Rodd Rathjen. It was selected as the Australian entry for the Best International Feature Film at the 92nd Academy Awards, but it was not nominated.