The census in Azerbaijan is a process of collecting, summarizing, analyzing and publishing the demographic, economic and social data of the population living in the territory of Azerbaijan. The next census in the Republic is expected to be held in 2019.

The last census of the Azerbaijan nation was conducted in USSR with Turkish name on January 6, 1937. According to this census, the total number of ethnic Azerbaijanis living in the USSR was 2,134,648. [3]

The final results of the 1937 census were canceled, and the new census was held in 1939. Only 62 large nations were counted in the population census of 1939. During the census, the number of Azerbaijanis in the Soviet Socialist Republic was 1870,471. [4]

On April 13–22, 2009, the second census of the population in the Republic of Azerbaijan was held within 10 days. During the 2009 census, 35 questions were included in the questionnaire, 29 of which were related to the citizen and 6 of them were related to housing conditions. The census process was carried out by 24,483 people. 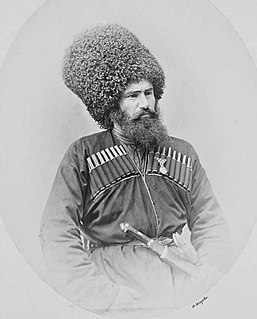 Kumyks are a Turkic people, indigenous to Dagestan, Chechnya and North Ossetia. They are the largest Turkic people in the North Caucasus.

Serbian diaspora refers to Serbian emigrant communities in the diaspora. The existence of a numerous diaspora of Serbian nationals is mainly a consequence of either economic or political reasons. 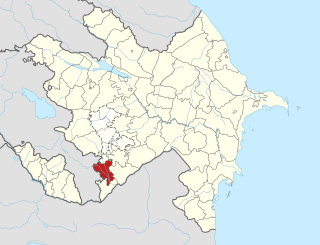 Qubadli District is one of the 66 districts of Azerbaijan. It is located in the south-west of the country and belongs to the Eastern Zangezur Economic Region. The district borders the districts of Lachin, Khojavend, Jabrayil, Zangilan, and the Syunik Province of Armenia. 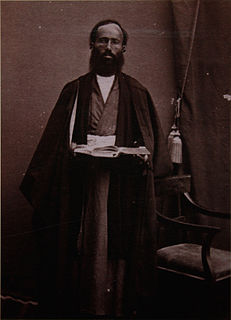 The histroy of the Jews in Armenia is one of the Jewish communities in the Caucasus region. There is evidence of Jewish settlement in the Armenian Highlands dating as early 1st century BC. 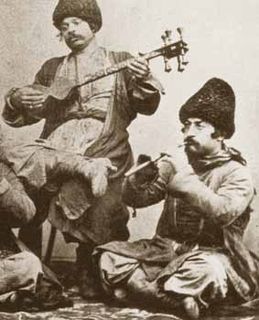 The Lom people or Lomlar, also known as Bosha or Posa by non-Loms or Armenian Romani or Caucasian Romani, are an ethnic group in historic Armenia. Their Lomavren language is a mixed language, combining Indo-Aryan and Armenian.

Erivan Governorate was one of the guberniyas of the Caucasus Viceroyalty of the Russian Empire, with its centеr in Erivan. Its area was 27,830 sq. kilometеrs. It roughly corresponded to what is now most of central Armenia, the Iğdır Province of Turkey, and the Nakhichevan exclave of Azerbaijan. At the end of the 19th century, it bordered the Tiflis Governorate to the north, the Elisabethpol Governorate to the east, the Kars Oblast to the west, and Persia and the Ottoman Empire to the south. The Mount Ararat and the entire Ararat Valley were in the center of the state.

The Batum Oblast was an oblast (province) of the Caucasus Viceroyalty of the Russian Empire, with the maritime city of Batum as its center. It roughly corresponded to most of present-day southwestern Georgia. It was created out of the territories of the former Ottoman Sanjak of Batum.

The Zakatal Okrug was an okrug (district) of the Tiflis Governorate of the Caucasus Viceroyalty of the Russian Empire. It roughly corresponded to most of present-day Balakan, Zaqatala and Qax regions in Azerbaijan. It was created out of the territories of the former Free Jamaats of Jar-Balakan and had a special status of a military administrative unit. It was transformed into Zaqatala Governorate in 1918 after Azerbaijani independence.

The Soviet Census conducted in January 1959 was the first post-World War II census held in the Soviet Union.

The Soviet Census conducted in January 1970 was the first census held in Soviet Union (USSR) in eleven years.

Olovyannaya is an urban locality and the administrative center of Olovyanninsky District in Zabaykalsky Krai, Russia. As of the 2010 census, the population was 8,406, down from 11,859 in 1989.

Kotelnichsky Uyezd was one of the subdivisions of the Vyatka Governorate of the Russian Empire. It was situated in the western part of the governorate. Its administrative centre was Kotelnich.

Malmyzhsky Uyezd was one of the subdivisions of the Vyatka Governorate of the Russian Empire. It was situated in the southern part of the governorate. Its administrative centre was Malmyzh.

Lukoyanovsky Uyezd was one of the subdivisions of the Nizhny Novgorod Governorate of the Russian Empire. It was situated in the southeastern part of the governorate. Its administrative centre was Lukoyanov.

Soroksky Uyezd was one of the subdivisions of the Bessarabia Governorate of the Russian Empire. It was situated in the northern part of the governorate. Its administrative centre was Soroki.

Yarensky Uyezd was one of the subdivisions of the Vologda Governorate of the Russian Empire. It was situated in the northern part of the governorate. Its administrative centre was Yarensk.