The Central American Bank for Economic Integration - CABEI (BCIE in Spanish) was founded in 1960. Is an international multilateral development financial institution. Its resources are invested in projects that foster development to reduce poverty and inequality; strengthen regional integration and the competitive insertion of its member countries in the global economy; providing special attention to environmental sustainability. Its headquarters are in Tegucigalpa (Honduras) and has regional offices in Guatemala, Honduras, El Salvador, Nicaragua, Costa Rica and Panama.

CABEI is a multilateral development bank whose mission is to promote the economic integration and the balanced economic and social development of the Central American region, which includes the founding countries and the non-founding regional countries, attending and aligning itself with the interests of all of its member countries. [2]

CABEI's vision [2] consists of being the strategic ally of its member countries in the provision of financial solutions that contribute to the creation of employment and improvement of the well-being and quality of life of its citizens.

Apart from regional countries, Argentina and Colombia enjoy the capacity of receiving CABEI's loans and guarantees.

CABEI is the development bank for Central America, its strategic partner and the main purveyor of resources: by late 2009, it had approved $14,603.3 million since its inception for the development of the region. [4]

As a regional financing institution, CABEI supports both public and private sectors and specializes in raising and channeling external money to promote investment in its action areas, which are:

CABEI's maximum authority is the Governors' Assembly, integrated by Ministers of Economy and central bank Governors of member countries. 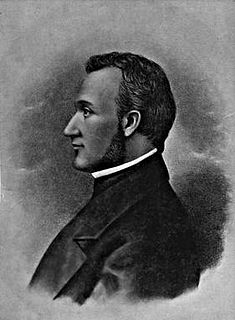 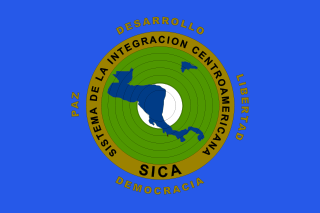 The Mesoamerican region is a trans-national economic region in the Americas that is recognized by the OECD and other economic and developmental organizations, comprising the united economies of the seven countries in Central America — Belize, Costa Rica, El Salvador, Guatemala, Honduras, Nicaragua, and Panama — plus nine southeastern states of Mexico — Campeche, Chiapas, Guerrero, Oaxaca, Puebla, Quintana Roo, Tabasco, Veracruz, and Yucatán. 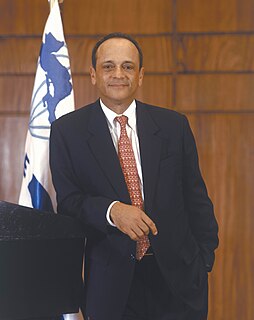 Harry Brautigam was a Nicaraguan economist, banker and academic.

The Multilateral Investment Fund (MIF) is an independent fund administered by the Inter-American Development Bank (IDB), created in 1993 to support private sector development in Latin America and the Caribbean. In partnership with business organizations, governments, and non-governmental organizations (NGOs), MIF's stated goal is to provide technical assistance and investments to support micro and small business growth, build worker skills, and to improve markets and access to finance.

The October 2008 Central America floods were caused by a series of low-pressure areas including Tropical Depression Sixteen, a short-lived tropical cyclone in the 2008 Atlantic hurricane season that made landfall in Honduras. Heavy rainfall began in early October 2008 while a tropical wave passed through the region. On October 14, Tropical Depression Sixteen formed just off the northeast coast of Honduras, and at the same time a low pressure system was on the Pacific coast. Both systems increased rainfall across the region, although the depression dropped heavy rainfall close to its center when it moved ashore on October 15. Although Tropical Depression Sixteen quickly dissipated over land, its remnants persisted for several days. Another low pressure area interacted with a cold front on October 21, adding to the rainfall in the region. 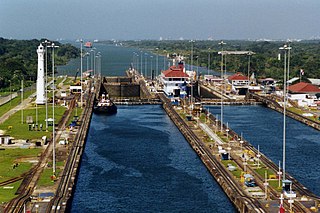 The economy of Central America is the eleventh-largest economy in Latin America, behind Brazil, Mexico, Argentina, Chile and Colombia, According to the World Bank, the nominal GDP of Central America reached 204 billion US dollar in 2010, as recovery from the crisis of 2009, where gross domestic product (GDP) suffered a decline to 3.8%. The major economic income are the agriculture and tourism, although the industrial sector is in strong growth, mainly in Panama.

Dante Mossi Reyes is a Honduran economist, international civil servant and diplomat, who has since 1 December 2018, served as the Executive President of the Central American Bank for Economic Integration (CABEI). Prior to this chief executive role, he worked at the World Bank for many years in a variety of senior roles.