Conquest of the Air

Conquest of the Air is a 1936 documentary film or docudrama on the history of aviation up to that time. The film features historical footage, and dramatic re-creations, of the developments of commercial and military aviation; including the early stages of technology developments in design, propulsion, and air navigation aids. The film was a London Films production, commissioned by the British Air Ministry.

The film was initially commissioned by Alexander Korda prior to the advent of World War II, and the Air Ministry saw the value in promoting Britain's contribution and leadership in aviation during this period. Some notable footage is featured of the early phases of automated flight, navigational equipment, and the transitions between civil and military developments, including heavy bombers; fast fighter aircraft; and the advent of naval aviation (aircraft carrier), plus the initial experiments with vertical rotary flight (helicopters).

Imperial Airways was the early British commercial long-range airline, operating from 1924 to 1939 and principally serving the British Empire routes to South Africa, India, Australia and the Far East, including Malaya and Hong Kong. Passengers were typically businessmen or colonial administrators, most flights carried about 20 passengers or less. Accidents were frequent: in the first six years, 32 people died in seven incidents. Imperial Airways never achieved the levels of technological innovation of its competitors and was merged into the British Overseas Airways Corporation (BOAC) in 1939. BOAC in turn merged with the British European Airways (BEA) in 1974 to form British Airways. 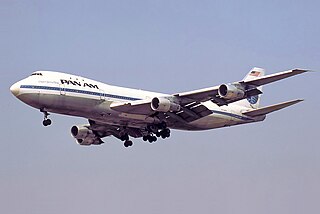 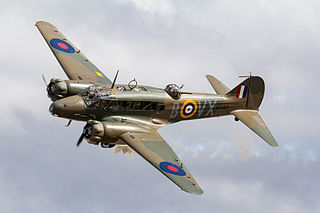 The Avro Anson is a British twin-engined, multi-role aircraft built by the aircraft manufacturer Avro. Large numbers of the type served in a variety of roles for the Royal Air Force (RAF), Fleet Air Arm (FAA), Royal Canadian Air Force (RCAF) and numerous other air forces before, during, and after the Second World War.

The Airspeed AS.10 Oxford was a twin-engine monoplane aircraft developed and manufactured by Airspeed. It saw widespread use for training British Commonwealth aircrews in navigation, radio-operating, bombing and gunnery roles throughout the Second World War.

Frank Wilbur "Spig" Wead was a U.S. Navy aviator who helped promote United States Naval aviation from its inception through World War II. Commander Wead was a recognized authority on early aviation. Following a crippling spinal injury in 1926, Wead was placed on the retired list. In the 1930s, he became a screenwriter, becoming involved in more than 30 movies. He also published several books, short stories and magazine articles. During World War II, he returned to active duty. He initially worked in a planning role, but later undertook sea duty in the Pacific, where he saw action against the Japanese in 1943–44 before being placed on the retired list in mid-1945. 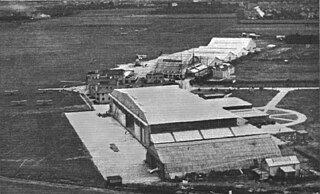 Heston Aerodrome was an airfield located to the west of London, England, operational between 1929 and 1947. It was situated on the border of the Heston and Cranford areas of Hounslow, Middlesex. In September 1938, the British Prime Minister, Neville Chamberlain, flew from Heston to Germany three times in two weeks for talks with Adolf Hitler, and returned to Heston from the Munich Conference with the paper referred to in his later "Peace for our time" speech from 10 Downing Street.

The Percival Vega Gull was a 1930s British, four-seater touring aircraft built by Percival Aircraft Limited. It was a single-engine, low-wing (Folding), wood-and-fabric monoplane with a fixed tailwheel undercarriage.

Reaching for the Skies was an aviation documentary TV series made by BBC Pebble Mill in association with CBS Fox. The first episode was transmitted in the United Kingdom on 12 September 1988 and in the US in 1989. 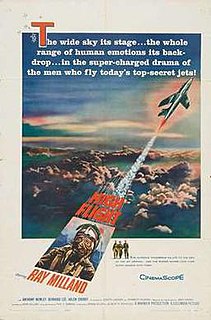 Various real-world aircraft have made significant appearances in fiction over the decades, including in books, films, toys, TV programs, video games, and other media. These appearances spotlight the popularity of different models of aircraft, and showcase the different types for the general public.

National Air Communications was a British government organisation that directed civilian flying operations from the outbreak of World War II until April 1940.

The history of aviation in Canada begins with the first manned flight in a balloon at Saint John, New Brunswick in 1840. The development of the aviation industry in Canada was shaped by the interplay of Canadian national ambitions, national and international politics, economics, and technology. Experimental aviation started in Canada with the test flights of Bell's Silver Dart in 1909, following the epochal flight of the Wright Brothers in 1903. The experimental phase gave way to use of aircraft in warfare. Many Canadians served in the British Royal Flying Corps and Royal Air Force during the First World War.

The Straight Corporation Ltd was a significant operator of British airlines, airports and flying clubs from 1935 until the mid 1970s. Its major unit, Western Airways, expanded to become an important parts manufacturer, a maintenance, repair and upgrade organisation, and a builder of transport aircraft.