Smiley is a 1957 CinemaScope produced comedy film. It tells the story of a young Australian boy who is determined to buy a bicycle for four pounds. Along the way he gets into many misadventures. It was based on the 1945 novel of the same name by Moore Raymond who also co-wrote the film with Anthony Kimmins. Their screenplay received a Best British Screenplay nomination at the BAFTA awards. [4]

Smiley (Colin Petersen) is a mischievous boy who lives in the small country town of Murrumbilla (based on Augathella [5] [6] ). His father is an alcoholic drover who is a poor provider for the family, his mother works as a laundress to make ends meet. Smiley is always getting into trouble with his best friend Joey (Bruce Archer). He decides to try to save up enough money to buy a coveted bicycle.

Smiley takes on various odd jobs, showing enterprise, hard work, and persistence in slowly accumulating the considerable sum (four pound) needed, despite getting involved in a number of pranks, including getting into trouble with the local law enforcement in the figure of Sergeant Flaxman (Chips Rafferty). Smiley unwittingly helps the local publican, Jim Rankin (John McCallum), sell opium to aborigines who live in a camp near the town.

Smiley's father steals his savings and loses it playing two-up. Smiley accidentally knocks him out and runs away to the bush, where he is bitten by a snake. His life is saved by a boundary rider, Bill McVitty (Guy Doleman). Rankin is arrested and the townspeople chip in to buy Smiley a bike. [7]

The film is based on the popular 1945 novel Smiley by Moore Raymond, who was born in Queensland but worked as a journalist in Britain. The book was hailed as an Australian Huckleberry Finn [8] and film rights were bought immediately by Sir Alexander Korda. [9] Korda sent Raymond to Australia in 1946 to find a possible child actors and locations over three months. [10] [11] However Korda said he could not find an appropriate director and shelved the project. [12]

Korda eventually assigned the project to Anthony Kimmins, who had served in Australia in World War II. Kimmins arrived in Australia in March 1950 to begin preproduction [13] and announced he would make the film near Augathella for £100,000. [5] However, after actually inspecting the site he doubted it would be useful and he was unable to find a lead actor he was happy with. [14] Plans to make the movie were delayed again.

Kimmins returned to Australia September 1955 to begin preproduction. [15] After interviewing over 2,000 boys, he cast Colin Peterson as Smiley and Bruce Archer as Joey. Part of the budget was provided by 20th Century Fox, who had money frozen in Australia due to currency restrictions. Apart from Ralph Richardson, the entire cast was Australian. [2]

Filming started in late October, with the township of Murrumbilla being created on an estate at Camden Park and Gundy NSW, and finished eight weeks later. Post production work was done at Pagewood Studios. [2]

The film was very popular and led to a sequel, Smiley Gets a Gun . It also spawned a hit single, 'A Little Boy Called Smiley', composed by Clyde Collins after the film was completed.

Colin Petersen moved to Britain and enjoyed a successful career as a child actor and musician, including being the drummer of The Bee Gees from 1967 to 1970. 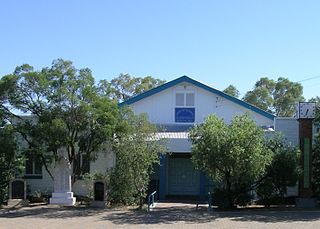 Augathella is a rural town and locality in the Shire of Murweh, Queensland, Australia. 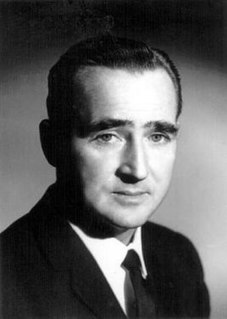 Colin Milton Thiele AC was an Australian author and educator. He was renowned for his award-winning children's fiction, most notably the novels Storm Boy, Blue Fin, the Sun on the Stubble series, and February Dragon. As Vice Principal and Principal of Wattle Park Teachers College and Principal of Murray Park CAE for much of the 1960s and 70s he had a significant impact on teacher education in South Australia.

Bonnie Prince Charlie is a 1948 British historical film directed by Anthony Kimmins for London Films depicting the 1745 Jacobite Rebellion and the role of Bonnie Prince Charlie within it. Filmed in Technicolor, it stars David Niven, Jack Hawkins, and Margaret Leighton. 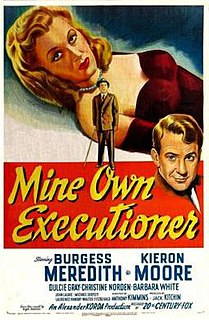 The Kangaroo Kid is a 1950 Australian-American Western film directed by Lesley Selander.

Tom McCreadie (1907–1992), better known as T. O. McCreadie was an Australian film director and producer, who was also involved in distribution and exhibition for many years.

Strong is the Seed is a 1949 Australian drama film, about the life of agronomist and plant breeder William Farrer.

Night Club is a 1952 Australian film musical directed by A. R. Harwood. It is a remake of Harwood's 1938 film, Show Business.

Reginald Thomas Lye, was an Australian actor who worked extensively in Australia and England. He was one of the busiest Australian actors of the 1950s, appearing in the majority of locally shot features at the time, as well as on stage and radio. Lee Robinson called him "one of the best character actors in Australia." He moved to England in the early 1960s,, but returned to Australia when the film industry revived in the 1970s.

Hartney J. Arthur was an Australian actor, writer and film director, who worked in stage, radio and film.