Consall is a small village situated in the Staffordshire Moorlands, Staffordshire, England. It is approximately 6 miles south of the market town of Leek and 8 miles east of Stoke-on-Trent. According to the last Census taken in 2001, Consall had a population of 118, increasing to 150 at the 2011 census. [1]

Agriculture still plays a large part in the village, but the number of farms and workers has decreased over the years. The main area of agriculture around the Consall area is dairy farming.

Consall has a relatively large number of visitor attractions considering the size of the village. Whilst in Consall you can visit Consall railway station, Consall Nature Park and also the recently opened Consall Hall Landscape Gardens.

Consall Hall Landscape Gardens are open to the public from April until October and are the result of over 50 years of design and planning by the current owner Mr William Podmore OBE. The gardens have a Tea room that is available during normal opening hours and the Gardens are also available for Civil Wedding ceremonies.

Also in the Churnet Valley is Consall Forge Pottery where a craftsman potter makes and sells hand-thrown domestic stoneware ceramics.

Consall Railway Station is on the Churnet Valley Railway network. The station was re-opened to passengers in July 1998 and it is possible to reach the villages of Froghall and Cheddleton from the station. For a considerable part of the journey the railway runs alongside the Caldon Canal, and about 1/2 mile further down the rough vehicle track past the Railway Station you will come to a mooring area for canal barges and also the Black Lion public house which you reach by crossing the bridge from the pub car park.

Continuing past the Black Lion car park will bring you to Consall Lime Kilns. These lime kilns have recently been restored with assistance from the Heritage Lottery Fund. These kilns date from the early 19th century and coal and limestone was bought along the canal to the kilns. The lime kilns ceased to be in use sometime in the mid to late 19th century. 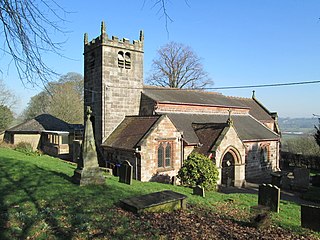 Endon is a village within the Staffordshire Moorlands district of Staffordshire, England. It is 4 miles (6.4 km) southwest of Leek and 6 miles (9.7 km) north-northeast of Stoke-on-Trent. Endon was formerly a township in civil parish of Leek. 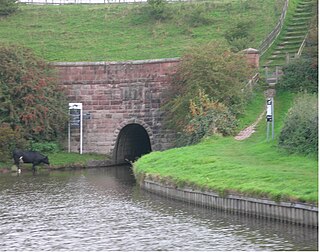 The Caldon Canal, opened in 1779, runs 18 miles from Etruria, in Stoke-on-Trent where it leaves the Trent and Mersey Canal at the summit level, to Froghall, Staffordshire. The canal has 17 locks and the 69-metre long Froghall Tunnel. 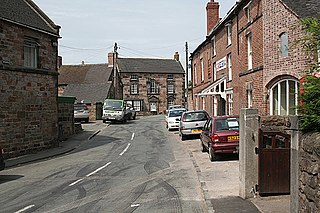 Ipstones is a village and civil parish in the north of the English county of Staffordshire. 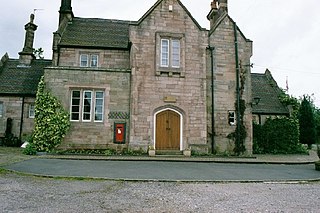 Froghall is a village situated approximately ten miles to the east of Stoke-on-Trent and two miles north of Cheadle in Staffordshire, England. Population details as taken at the 2011 Census can be found under Kingsley. Froghall sits in the Churnet Valley, a beautiful and relatively unspoilt part of Staffordshire. There are some excellent and challenging walks in the area, many of which encompass the area's historic development by the coal, ironstone, copper and limestone industries. 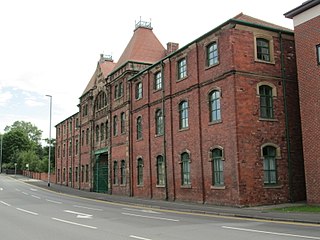 Cliffe Vale is a district of the city of Stoke-on-Trent, and lies to the immediate south of Etruria and just west of Basford and Hartshill. Cliffe Vale is in the valley of the Fowlea Brook, now better known as Etruria Valley. There are industrial and employment uses along the A500, and new residential developments along the Trent and Mersey Canal. The Shelton New Road (A53) passes through from east to west. The area is sometimes called Cliff Vale by the city council, and is part of the Hartshill electoral ward.

Oakamoor railway station is a closed railway station in the Churnet Valley, Staffordshire. The station was opened in 1849 as part of the Churnet Valley Line constructed by the North Staffordshire Railway. Serving the village of Oakamoor the station remained open until 1965 when all services were withdrawn, A little north of the station, freight traffic from Oakamoor Sand Sidings continued until 1988.

Denstone railway station is a former station of the North Staffordshire Railway's (NSR) Churnet Valley Line which served the village of Denstone in Staffordshire.

The Churnet Valley line was one of the three original routes planned and built by the North Staffordshire Railway. Authorised in 1846, the line opened in 1849 and ran from North Rode in Cheshire to Uttoxeter in East Staffordshire. The line was closed in several stages between 1964 and 1988 but part of the central section passed into the hands of a preservation society and today operates as the Churnet Valley Railway.

Bosley railway station served the village of Bosley, Cheshire. The station was opened by the North Staffordshire Railway in September 1849 as part of the Churnet Valley line.

Cliffe Park railway station was opened by the North Staffordshire Railway (NSR) in 1905 on the Churnet Valley line to attract visitors to Rudyard Lake, which the NSR were trying to develop as a leisure and tourist attraction including a golf course. The station was originally named Rudyard Lake and was at the northern end of the lake. There were no settlements nearby and consequently the station had no goods facilities. There was one siding but this was used more for stabling excursion trains rather than freight vehicles.

Rudyard railway station served Rudyard, Staffordshire and was opened by the North Staffordshire Railway (NSR) in 1850 on the Churnet Valley line. In the village the NSR also owned the Rudyard Hotel as part of the company's efforts to develop Rudyard Lake and its environs as a tourist destination.

Consall is a civil parish in the district of Staffordshire Moorlands, Staffordshire, England. It contains eight listed buildings that are recorded in the National Heritage List for England. All the listed buildings are designated at Grade II, the lowest of the three grades, which is applied to "buildings of national importance and special interest". The parish contains the village of Consall and the surrounding area, which is mainly rural. The listed buildings consist of three farmhouses, a cottage, a barn, a lime kiln, and a milepost and a milestone, both on the Caldon Canal.