DWLL (94.7 FM), broadcasting as Mellow 947, is a radio station owned and operated by FBS Radio Network. The station's studio and transmitter are located at Unit 908, Paragon Plaza, EDSA, Mandaluyong. [1]

The station began its broadcast in 1973 (when the Philippines was under Martial Law) as WLL 94.7 or Mellow Touch 94.7, as the Philippines' pioneering easy listening/soft adult contemporary station that only relied on spinners and a newscaster in its programming. While the early days of FM radio were seemingly blaring, Mellow Touch's programming approach capitalized more on music, minus the talk. It has, since, established itself as the station for relaxing and feel good music. [2] This formula proved to be successful as other radio stations followed suit.

At that time, their studios were at the now-demolished PHILCOMCEN building in Pasig City.

Former DWBL disc jockey Butch Gonzales provided pre-recorded voiceovers to bridge segues between songs and to serve the purpose of an occasional time-check, usually at the "Top" and "Bottom" of certain hours of each day. Gonzales' voice also became the Mellow Touch's signature voice, as he softly reminded the loyal listeners of tunes for “a walk in the park” or "a bike ride along the boulevard", every hour as the station ID and jingle played. The sound of his voice instantly translated to soft sentimental music that was clearly associated with the mellow music of this FM station at the time. [3] [4] The station's top of the hour ID became one of the most recognizable radio anthems on Philippine FM radio. The jingle, with the lyrics, "You are the minstrel...and I your guitar..." was produced by Dallas-based TM Studios (formerly TM Productions). The lyrics from this radio branding image were specifically customized and altered to meet Mellow Touch’s programming philosophy called "The Mellow Sound.” The jingle would then to become the station's most iconic trademark. [5]

In 1994, to keep up with the times, the station instituted a major reformat by accommodating on-air jocks. Scott Free (Drew Domingo in real life, who is currently the Station Manager), Harry Maze, Ted Bear and Riz Taylor were the first deejays to go on board. Ruth Cabal (formerly of GMA News, now on CNN Philippines) became one of its first lady newscasters replacing long-time newscaster Ernie Fresnido. Despite the emergence of deejays in its programs, the station maintained its programming objective of less talk, more music to this day.

Among its most notable programs were Mellow Midweek, a Thursday special that featured the station's greatest love songs from the 70s, 80s and 90s; Straight From The Heart, a Sunday special that highlighted its classic easy listening staples from the 70s and 80s. These two specials, considered as benchmark classics, became famous for their characteristic style of playing songs consecutively (usually for an hour) that have the same theme or words in the title, thus, evoking an interaction in between songs. Avid listeners call this signature style as "sagutan" in Filipino.  Other noteworthy specials included Planet Soul, a Friday night program that played classic urban music from the 70s, 80s and 90s; Extreme, a Saturday night program that aired upbeat music from the 70s and 80s and Afternoon Cruise, a weekday afternoon special which began in 1998 (lasted till 2020) that played acoustic music and featured live artists' performances.

In mid-2006, to emphasize the shift in programming, it changed its brand to Mellow 947 ("ninety-four-seven"), dropping the "Touch" brand from the network and switched to an Adult Top 40 format. This new branding now carries a new slogan called "Sounds Good" as it continues its adherence to playing good music. Its programs now generally aim to bring out the mellow side of pop-alternative and light rock music fans. Since then, the station has enjoyed success, amidst the change in the radio landscape and it is this change that Mellow 947 is riding up on today. It also opened its doors to student DJs via School of Jocks. Among its special programs were Sunday In Time, a Sunday program that featured songs from the 70s & 80s; Decade, a Thursday program that played songs from the 90s and Nice & Slow, a Sunday night program that aired easy listening music. [3]

In the beginning of 2019, the 90s was integrated to its regular playlist, hence, expanding its format. Along with the reorganization of its programs, the station adopted another slogan "All Hits" as it now focuses more on music. On July 6, 2019, the station relaunched its old program called Straight From The Heart, playing easy listening music from the 70s, 80s and 90s on weekends, resembling that of the format during the Mellow Touch era. In November 2020, it launched Mellow Midweek Special (named after its old program), playing a "mix of predominantly upbeat songs and soft favorites" from the 70s, 80s & 90s every Wednesday. 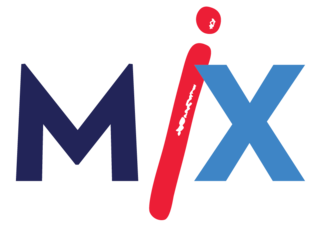 WOGL is a commercial radio station licensed to serve Philadelphia, Pennsylvania. The station is owned by Audacy, Inc. and broadcasts a classic hits radio format. The broadcast tower used by the station is located in the Roxborough section of the city at. The station's studios and offices are co-located within Audacy's corporate headquarters in Center City, Philadelphia.

WMGK is a commercial FM radio station licensed to serve Philadelphia, Pennsylvania. The station is owned by Beasley Broadcast Group and broadcasts a classic rock radio format. The broadcast tower used by the station is located in the Roxborough section of Philadelphia at, while studios are in Bala Cynwyd. The station features popular Philadelphia radio personalities John DeBella and Andre Gardner. 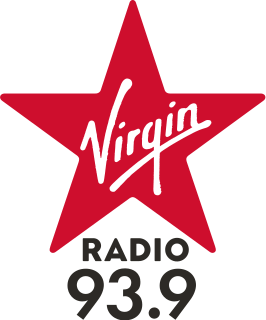 CIDR-FM is a commercial Canadian radio station in Windsor, Ontario, targeting the Detroit–Windsor radio market. It is owned and operated by Bell Media and airs a top 40 / contemporary hit radio format. The studios and offices are located on Ouellette Avenue in Windsor.

WBZZ is an adult-oriented Top 40 radio station licensed to New Kensington, Pennsylvania, targeting Pittsburgh, Pennsylvania, and owned by Audacy, Inc. Its transmitter is located in Pittsburgh's Spring Hill district and its studios are located west of downtown.

WPAT, is a radio station licensed to Paterson, New Jersey with a brokered programming format. WPAT is owned by Multicultural Broadcasting, and its studios are located in New York City, in Manhattan's Financial District. The station's four 380 feet (120 m) transmitting towers are located in Clifton, New Jersey.

WOMC is a commercial FM radio station in Detroit, Michigan. It airs a classic hits radio format and is owned by Audacy, Inc.. The transmitter and studios are both located on American Drive off 11 Mile Road in Southfield, Michigan.

WKXP is a commercial FM radio station licensed to Kingston, New York, and serving the Hudson Valley of New York state. The station is owned by Townsquare Media and it broadcasts a soft adult contemporary radio format from its radio studios are in Poughkeepsie, New York. Weekday evenings, WKXP carries the nationally syndicated show "Intelligence for Your Life" with John Tesh.

DWQZ, broadcasting as 97.9 Home Radio, is a radio station owned and operated by Aliw Broadcasting Corporation. It serves as the flagship station of the Home Radio Network. Its studio is located at the 5th floor, Citystate Centre, 709 Shaw Blvd., Brgy. Oranbo, Pasig, and its transmitter is located at Nuestra Señora Dela Paz Subdivision, Sumulong Highway, Brgy. Santa Cruz, Antipolo.

KKMJ-FM is a commercial FM radio station in Austin, Texas. It is owned by Audacy, Inc. and airs an adult contemporary radio format. The station has studios and offices on Westbank Drive, off Loop 360, near Westlake High School. The transmitter is off Buckman Mountain Road in Austin, amid numerous towers for other FM and TV stations. Like many AC stations, KKMJ flips to all-Christmas music from mid-November to Christmas Day. It uses the slogan "The Majic of Christmas."

DWTM, on-air as Magic 89.9, is a 24-hour operating Top 40 (CHR) and OPM radio station owned and operated by Quest Broadcasting Incorporated, serving as the flagship station of Magic Nationwide and the flagship partner station of Tiger 22 Media. The station's studios and transmitter are located at Unit 907, 9th floor of Paragon Plaza, EDSA corner Reliance Street, Mandaluyong. Amid the COVID-19 pandemic quarantine situation, the station currently operates from 5:00 AM to 10:00 PM daily. It goes off-the-air every Holy Week from Maundy Thursday and Black Saturday.

WRRM is a commercial FM radio station in Cincinnati, Ohio. The station is owned by Cumulus Media, broadcasting an adult contemporary radio format. For much of November and December, it switches to Christmas music. The studios and offices are located on Montgomery Road in North Cincinnati.

DZLL, broadcasting as 107.1 MemoRieS FM, is a radio station owned and operated by Primax Broadcasting Network. Its studio and transmitter are located at Primax Compound, Upper Dominican Hill, Baguio. It is affiliated with the Radio Mindanao Network since 2017.

WMXY is a commercial FM radio station in Youngstown, Ohio. It broadcasts a mainstream adult contemporary radio format and switches to all-Christmas music for much of November and December. WMXY is owned by iHeartMedia, Inc. It is the Youngstown network affiliate for the Delilah syndicated music and call-in show in the evening, and carries the Ellen K Weekend Show Saturdays and Casey Kasem's classic American Top 40 on Sundays. 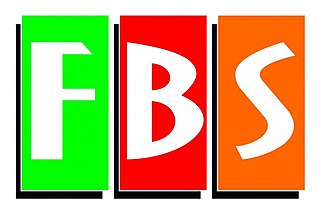 FBS Radio Network is a Philippine national broadcaster, radio broadcast network. with offices and broadcast headquarters located in Mandaluyong, Metro Manila. Its flagship station is Mellow 947, while its AM stations are DWBL 1242 and DWSS 1494.