DZXQ 1350 kHz was a commercial AM station owned by Mabuhay Broadcasting System, Inc. (MBSI) in the Philippines. Its studio was located at 17th Floor, The Centerpoint Building, Julia Vargas Avenue, Ortigas Center, Pasig, and transmitter at Barrio Muzon, Malabon (where it still currently in use until today by UNTV-Radio La Verdad 1350). It operated with a 10,000-watt transmitter output covering Metro Manila, Central Luzon and Calabarzon. [1]

Since 1986, DZXQ was a fully maintained station filled with blocktimers. It is the first AM station to air Chinese programs between 9:00 pm to 12:00 am daily. It was the home of the Powerhouse Broadcasters such as Nar Pineda, Roger Arienda (who was once one of the anchors of DZMM), Rolly Canon, Narissa Gonzalez, Ducky Paredes, Jhino Parrucho, Ruben Ilagan, Popo Villanueva, Roland Lumagbas, Dr. Erick San Juan, Reggie Vizmanos and Roy Señeres. It was also the home of "An Affair with Baby Tsina", a lifestyle radio show. Back then, the station operated daily from 5 am to 12 midnight.

In 1992, MBSI was granted a 25-year franchise to operate radio stations in the Luzon island. Based on recent SEC filing, MBSI is majority owned by the Ragasa Family, heirs of Quirino de Guzman Sr. with 64% share.

On March 6, 2011, DZXQ went off the air at midnight, a few days after a group of investors acquired the station whose initial plans were only to close it down for six months. But fortunately, the plan was shelved. [3] The affected broadcasters were informed that the station had been sold. Nar Pineda and the Powerhouse Broadcasters were forced to move to DWSS-AM, while some moved to DWBL.

Later, it was found out that these new investors are related to UNTV. A 25% stake in MBSI was consummated by various companies related to the Henares family. UNTV is the flagship TV station of the Progressive Broadcasting Corporation (PBC) owned by businessman Alfredo "Atom" L. Henares. PBC's Chief Operating Officer (COO) Manuelito "Manny" F. Luzon became the President of MBSI. In November 2011, UNTV started its test broadcast on DZXQ's 1350 kHz frequency with a simulcast broadcast of UNTV's feed. Since then, AM radio operations was transferred to Breakthrough and Milestones Productions International (BMPI) headed by its Chairman and CEO, broadcaster and TV host Daniel S. Razon; as MBSI retains legal ownership of the frequency. BMPI is PBC's exclusive blocktimer and content provider in UNTV. The station's studio was transferred to UNTV Building, 907 EDSA, Philam Homes, Quezon City; followed by changing its callsign to DWUN ; and it went into a 24-hour broadcasting service. On January 16, 2012, Radyo La Verdad 1350 was launched with a new brand called "Ang UNTV Radio".

DWAO-TV Ultra High Frequency (UHF) Channel 37 is the flagship news and public service television station of the Filipino-based company Progressive Broadcasting Corporation (PBC), owned by Alfredo "Atom" Henares. It operates as UNTV News and Rescue/Public Service. It is operated and maintained by the Breakthrough and Milestones Productions International, Inc. (BMPI), headed by veteran broadcaster Daniel Razon. DWAO-TV is one of very few NTSC-System M stations in the world that broadcast on channel 37. Its studios are located at the La Verdad Christian College - Caloocan Building, 351 EDSA, Brgy. Bagong Barrio West, Caloocan. Its transmitter is located at Emerald Hills, Sumulong Highway, Antipolo.

Wanted sa Radyo is a public affairs show that airs Monday to Friday from 2:00 to 4:00 pm on Radyo5 92.3 News FM with simulcast on television via One PH and online through the program's and network's Facebook and YouTube accounts. The show is hosted by Raffy Tulfo and Sharee Roman.

Progressive Broadcasting Corporation (PBC) is a Philippine radio and television network owned by businessman Alfredo L. Henares with 70% equity share together with Joselito N. Pedero (15.3%) and Dennis T. Villareal (14.5%). The company was registered in the Philippine Securities and Exchange Commission (SEC) on October 6, 1986. Its studios are located at Unit 4002 Summit One Tower, Shaw Boulevard, Mandaluyong. PBC derives most of its income by selling airtime to blocktimers.

DWUN, on-air as Radyo La Verdad 1350, is a radio station owned by Mabuhay Broadcasting System and operated by Breakthrough and Milestones Productions International. Its studio offices are located at La Verdad Christian College (LVCC) in Caloocan, while its transmitter is located along Kagitingan St., Brgy. Muzon, Malabon. 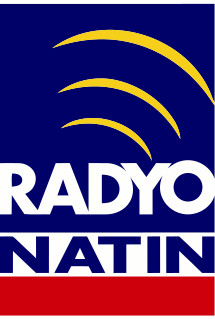 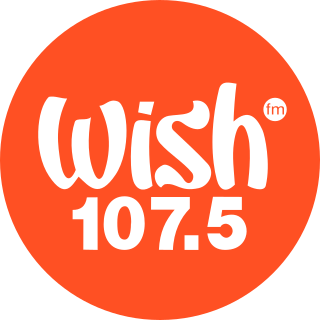 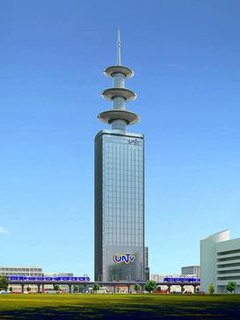 The UNTV Transmitter is a 328 ft (100.0 m) communication tower owned by Breakthrough and Milestones Productions International, Inc. located at Emerald Hills, Sumulong Highway, Antipolo, Rizal, Republic of the Philippines. It serves as the new transmitter facility for flagship stations DWAO-TV and DWNU, with broadcast licenses owned by the stations founder Progressive Broadcasting Corporation.