Eagle Broadcasting Corporation (EBC) is a Philippine television and radio network established in April 1968. The primary stakeholders of the company are the key members who are connected with the Iglesia ni Cristo, making EBC as one of its media companies, along with evangelization arm Christian Era Broadcasting Service International. Its head office and studios located at no. 25 Central Avenue, Diliman Quezon City. The network is named after the national bird, the Philippine eagle , EBC is a commercial station according to its corporate website, eaglebroadcasting.net. [3]

On April 26, 1968, Eagle Broadcasting Corporation launched DZEC, an AM Radio Station news, public service broadcasting. It is similar to DZRH of Manila Broadcasting Company because it sometimes mentions its frequency & it has relay stations in Dagupan, Lucena, Cebu & Davao. In 1992, it launched DWDM 95.5, an FM Radio Station which played oldies music. It has ceased transmission since January 2007 apparently to upgrade its transmitter facilities. Around May 2007 it briefly returned in the airwaves on a lower bandwidth and limited broadcast hours, only on daytime. It lasted until June 8, 2007. It returned to the airwaves on April 8, 2011 and launched as Pinas FM 95.5 a month later on May 16, 2011.

On April 23, 2000, Eagle Broadcasting Corporation launched a multimedia exhibit dubbed "Destination: PLANET 25", for a station previously owned by ACWS-United Broadcasting Network under the name UltraVision 25 and it was later acquired by EBC and it was renamed as Net 25. Capable of 120 kilowatts of transmitter power (for a total of 7,896 kilowatts ERP), Net 25 boasts of the Philippines' first trilon TV tower that rises to 907 feet above sea level. A JAMPRO 48-panel antenna and two 60 kW Acrodyne transmitters complete the tower package. NET 25 also has studios and editing suites for in-house and post-productions. Now Net 25 airs nationwide on 26 free TV stations in Manila and all over the Philippines as well as cable affiliates.

It was recently relaunched last August 7, 2011. As part of the relaunch, it also launched the Eagle Bayan Careavan. Livestreaming features of Net 25 (and its radio station DZEC) returned last January 2, 2014 after a 5-year hiatus.

On October 31, 2013, it launched its news website and online portal which features news and features from all over the world, including reports from its correspondents in the Philippines and in other countries.

On October 31, 2016, as part of the EBC's worldwide expansion, the network was registered as a duty authorized and accredited media outfit in the District of Columbia, United States of America. [4]

EBC's Washington Bureau in fact, took the lead, in broadcasting the US elections on November 8, 2016. [5]

On October 31, 2017, EBC launched its first ever film, Guerrero, directed by Carlo Ortega Cuevas who had previously won awards for the film, Walang Take Two. Cuevas also directed EBC's first sit-com, Hapi ang Buhay, and its movie sequel which was premiered on September 21, 2018. 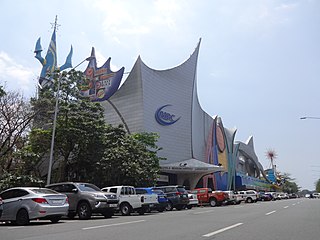 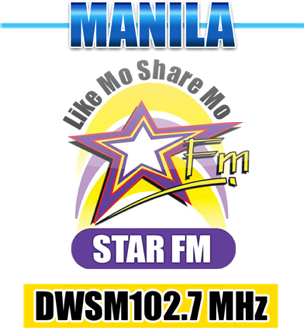 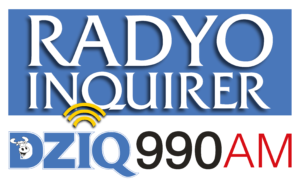 DZIQRadyo Inquirer was a news/talk radio station owned and operated by Trans-Radio Broadcasting Corporation, serving as the radio arm of the Philippine Daily Inquirer in the Philippines. The station's studio is located at the 2nd floor, Media Resources Plaza Building, Mola cor. Pasong Tirad sts., Brgy. La Paz, Makati, while its transmitter is located at Brgy. Panghulo, Obando, Bulacan. The station broadcasts 12 hours daily from 7:00 AM to 7:00 PM.

DWDM, on-air as Eagle FM 95.5, is a radio station owned and operated by the Eagle Broadcasting Corporation. The station's studio and transmitter are located at EBC Bldg., No. 25 Central Ave., Diliman, Quezon City. The station operates daily from 4:00 AM to 12:00 MN.

Radio Corporation of the Philippines is the Philippine broadcasting company. It was originally founded in 1924 and is the oldest radio network in the Philippines, while the current incarnation of the company is founded on June 25, 1985 by a consortium led by businessman-politician Eduardo Cojuangco Jr.. The RadioCorp group is composed of 5 broadcast companies: the RadioCorp itself, Philippine Radio Corporation (PhilRadio), Radio Audience Developers Integrated Organization Inc., Beacon Communications Systems Inc. (BCSI) and Radyo Pilipino Corporation ; all are currently owned by Lucky Star Holdings.

DYFX-TV, Channel 49, is a television station of Philippine television network Net 25, owned by Eagle Broadcasting Corporation. Its transmitter facilities is located at Brgy. San Roque, Cebu South Coastal Road, Talisay City. The station is currently planning to expanded its programming in the near future.