Net 25 (capitalized and stylized as NET25) is a Philippine television network owned and operated by Eagle Broadcasting Corporation. The network is named for its flagship station in Metro Manila, DZEC-DTV, which is carried on UHF channel 49 on digital terrestrial TV and has carried by major cable operators in the country. The station's broadcast facilities are located at EBC Building #25 Central Ave., Barangay Culiat, New Era, Quezon City.

The origin of Net 25 began on July 27, 1999, under the name UltraVision 25, which was previously owned by ACWS-United Broadcasting Network. On April 23, 2000, it was bought by Iglesia ni Cristo's for-profit affiliate, Eagle Broadcasting Corporation and was rebranded as Net 25 with a multimedia exhibit dubbed "Destination: PLANET 25", coinciding with EBC's 32nd Anniversary.

In late April 2001, Net 25 was the only station airing live coverage of the Pro-Estrada Rally (also known as EDSA III) - the rally ended in a failed siege of the Malacañang Presidential Palace on May 1, 2001. Some DZEC programs such as Agila Reports, Liwanagin Natin, and Con Todos Recados, were the first to try the TeleRadyo concept, as Net 25 became known for blow-by-blow accounts of Philippine Events, such as the Elections and the State of the Nation Addresses.

Capable of 120 kilowatts of transmitter power (for a total of 7,896 kilowatts ERP), Net 25 boasts of the Philippines' first trilon TV tower that rises to 907 feet above sea level. A state-of-the-art JAMPRO 48-panel antenna and two 60 kW ACRODYNE transmitters complete the tower package. Net 25 also has studios and editing suites for in-house and post-productions.

Net 25 upgrades into its new look on Saturday January 4, 2014, in time for INC's 100th Centennial anniversary. Livestreaming features of Net 25 (and its radio station DZEC) returned on January 2, 2014, after a 5-year hiatus.

In late-July 2015, due to the onslaught of the INC leadership scandals, Net 25 was relaunched with the slogan I Am One With 25 (a secularly-altered version of the code for the INC's Executive Minister Eduardo Manalo, I Am One With EVM), for a new slogan of the network in line with its new programming thrusts through its support of the INC's Executive Minister Eduardo Manalo. [1]

On August 29, 2015, Net 25 suspended its weekend programming in order to give way for continuing coverage of Iglesia ni Cristo protests. Weng De La Fuente anchored the special Eagle News Update all morning while Nelson Lubao anchored in the afternoon, serving as a lead-up to a special edition of Mata ng Agila. Coverage continued the following day, with Eagle News Special Coverage, anchored by Nelson Lubao, Atty. Rodante Marcoleta and Alma Angeles. Gen Subardiaga and Atty. Rodante Marcoleta anchored the August 31 edition which led to the conclusion of the event just before 9:00 am.

On May 6, 2018, Net 25 was an official TV network to cover the INC's Worldwide Walk to Fight Poverty which was held in Manila, Philippines.

On March 23, 2020, Net 25, as an emergency measure, extends, at the cost of certain programs, the airing times of Agila Balita, Agila Probinsya, the midday Agila Pilipinas and the primetime Mata ng Agila as well as the Filipino and English language editions of Eagle News International.

On October 4, 2020, Net 25 relaunched its new logo with the "Net 25" 2014 wordmark was retained, it was changed into Gold and the golden Philippine Eagle on the top, at the same time, Net 25 introduced its new programs such as Tagisan ng Galing, Happy Time, Kesayasaya , EBC Music: #EnjoyMusicBeyondTheCrisis and many more. [2]

Net 25 with the help of GEMNET, had the first digital and full HD coverage of the 2010 Philippine elections via the ISDB-T system through their sister station's frequency, Channel 49. It also offered real-time election results from via datacasting. However, the coverage is only available in some areas in the Philippines. [3] Test digital broadcasts are still being done by the station by simulcasting their evening news program, Mata ng Agila through Channel 49.

From September 7, 2017, in time for its 8th year since INC's Executive Minister Eduardo Manalo entered office, INCTV was granted a "special authority" from the National Telecommunications Commission to moved its analog feed from UHF Channel 49 to UHF Channel 48 to allow the Net 25 and INCTV channel to simulcast digitally in full-time, which began two days earlier (September 5). The shift was arranged for the station until its management announce its intention to permanently shut down analog broadcasts and go digital-only.

In October 2018, Net 25 shut down its analog signal temporarily.

With its initial partnership with ZDTV (later known as TechTV in 2001), Net 25 has become a television station devoted to information technology. It carries programs like Call for Help , Fresh Gear , Extended Play , NET Café, Next Step, Computer Chronicle and Audio File. Its station-produced program Convergence is the consistent No. 1 IT show in the Philippines.

The Southeast Foundation for Children's Television awarded NET 25's Ocean Girl a special citation called the ANAK TV Seal. It is an award of good housekeeping that is bestowed on TV programs deemed by the public as worthy of support by Filipino families and of patronage by education, business and religious sectors.

Competing with the all largest TV networks, namely, ABS-CBN, TV5, GMA and other with eight awards each, NET 25 was awarded with seven awards of the ANAK TV Seal in 2002. The winning TV shows are Zoboomafoo , Pilot Guides , Convergence, Our House , Ocean Girl , The New Yankee Workshop , and House Calls .

Sa Ganang Mamamayan (lit. For Citizens) is the flagship morning talk show of Net 25 in the Philippines. It airs from 8:00 AM to 9:00 AM PST from Monday to Friday. It is a program that pursue relevant issues concerning the major public, where information are garnered directly from the pertinent authorities on the issue. [5] On March 21, 2012 – the first political talk show of its gene was born on Net25 giving way to the running politicians to air their political platforms. Hosts of Sa Ganang Mamamayan include Gen Subardiaga (also host/anchor of Balitang Panggising of Radyo Agila on Pambansang Almusal & anchor of Agila Balita Alas-Dose) and Nelson Lubao (anchor of Agila Pilipinas & of Responde (a disaster preparedness show of Net 25).

Daniel Soriano Razon is a television and radio host in the Philippines. He is currently the Assistant Overall Servant of the Members Church of God International, having been elected in 1997.

D’X-Man is a 30 minute expository-religious program emanating from the Philippines. It was conceptualized by Bro. Eli Soriano and Kuya Daniel Razon, Overall Servants of the Members Church of God International.

Since 1980, there have been conflicts between Philippine-based Christian religious organizations Iglesia ni Cristo and the Members Church of God International (MCGI), when MCGI Overall Servant Eliseo Soriano started his radio program Ang Dating Daan (ADD). Through his program, he discussed biblical issues and "exposed" what he believes to be wrong doctrines of other religious groups, including those of INC. In 2001, after 20 years of reticence, the INC launched its own program, Ang Tamang Daan, as a direct response for the first time to Ang Dating Daan, featuring video footages and recordings of ADD hosts as issues were tackled. Over time, the animosity between the two groups has intensified and the relationship has been severely strained. 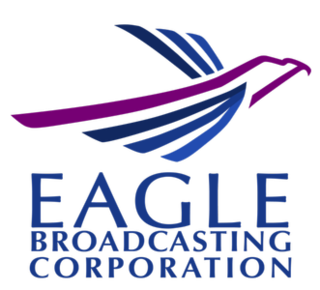 Eagle Broadcasting Corporation (EBC) is a Philippine television and radio network established in April 1968. The primary stakeholders of the company are the key members who are connected with the Iglesia ni Cristo, making EBC as one of its media companies, along with evangelization arm Christian Era Broadcasting Service International. Its head office and studios located at no. 25 Central Avenue, Diliman Quezon City. The network is named after the national bird, the Philippine eagle, EBC is a commercial station according to its corporate website, eaglebroadcasting.net.

Itanong mo kay Soriano, Biblia ang Sasagot! also known as Ang Dating Daan:Bible Exposition is a religious radio and television program in the Philippines produced by the Members Church of God International and hosted by Bro. Eli Soriano. Unlike its sister program, Ang Dating Daan: Bible Study and Mass Indoctrination, the program features a question and answer format in which any visitor in the show can ask Soriano about biblical teachings. In the Philippines, the broadcast of this program takes place right after Ang Dating Daan and it became a separate show in 1993. In the other countries, however, this show is part of the TV program O Caminho Antigo which is also hosted by Soriano. He regularly conducts "Bible Expositions" in specific venues where the people can ask him personally on biblical issues, the Exposition is then recorded and broadcast as this show. 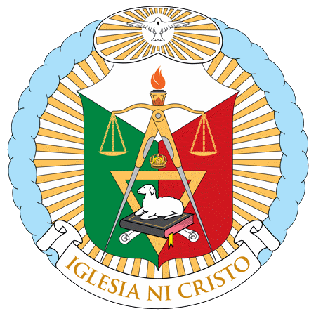 Ang Iglesia ni Cristo is the first religious television program produced by the international Christian religious organization Iglesia ni Cristo and its currently broadcast by INC TV (DZCE-TV) and Net 25. The program premiered on February 13, 1983 on MBS and RPN 9, along with City 2 Television from the same year until 1986 when BBC-2 was signed off after EDSA Revolution. One of its first panelists of the program was Bro. Eduardo V. Manalo which he's now a current executive minister of the church. It later aired on the reopened ABS-CBN in 1986. When Net 25 was launched, most of its INC programs began to air on the said network. 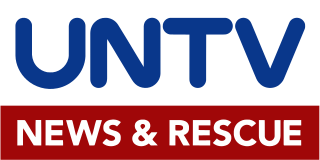