Palawan Broadcasting Corporation (PBC), also known by its call sign DYPR, was the first local radio station to serve the island of Palawan, the Philippines. It was established in 1965, in the capital Puerto Princesa City, by Ramon Oliveros (Ray Oliver) Decolongon.

The station faced many difficulties in its early years. Although Palawan could receive some broadcasts from Manila and neighbouring Visayan islands, radio ownership among the 20,000-strong population was not high. The Tinio Electric Plant provided electricity only from 6 a.m. to 6 p.m. and to less than half the population. Then, in 1966, Decolongon was killed in a plane crash: his father, Emilio Decolongon, took over as company president.

In September 1972 martial law was declared throughout the Philippines and all broadcasting stations were shut down, but DYPR was able to reopen fairly quickly after making its case as a provider of essential services. The station had become a part of the communications of the island, broadcasting urgent personal messages—known as Panawagans—as a free service to the community. As of 2006 [update] , radio broadcast languages include Tagalog and Ilocano, and DYPR is affiliated to Radio Mindanao Network, Inc. (RMN).

In 1986, PBC began television broadcasts. It is now also affiliated to ABS-CBN, which provides some television content.

Communications in the Turks and Caicos Islands 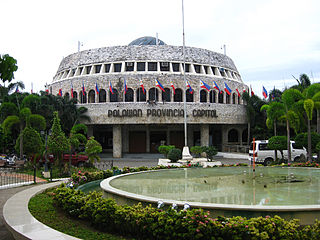 Palawan, officially the Province of Palawan, is an archipelagic province of the Philippines that is located in the region of Mimaropa. It is the largest province in the country in terms of total area of jurisdiction. Its capital is the city of Puerto Princesa, but the city is governed independently from the province as a highly urbanized city.

Global Satellite Technology Services is a broadcast radio and television company in the Philippines. Its original station FUBC TV-9 in Zamboanga was an affiliate of BBC from 1974–1986, ABS-CBN in 1986–1994 and GMA Network from 1995 until April 1996.

DYEH (729 kHz) is a commercial broadcast radio station owned and operated by DCG Radio-TV Network in Puerto Princesa City, Palawan. It is an AM radio station heard over the whole province of Palawan and the surrounding provinces of Luzon and Visayas.

DYPR-TV, channel 7, was a commercial television station owned by Palawan Broadcasting Corporation, an affiliate of ABS-CBN Corporation. Its studio and transmitter are located at the ABS-CBN Broadcast Center, corner Mabini and Valencia Streets, Barangay Masipag, Puerto Princesa, Palawan. Opened in 1965, it is the first television station serving the province.

DWAL, broadcasting as 95.9 Radyo Totoo, is a news/talk radio station owned and operated by the Radyo Bayanihan System, the media arm of the Archdiocese of Lipa. The station's studio is located at Studio 2, 2nd floor, St. Francis de Sales Broadcast Center, Barangay 7, C. Tirona Street, Batangas City, with its transmitter site located at Barangay Santo Domingo, Batangas City, sharing with its sister station. It operates Mondays to Saturdays from 4:30 AM to 10:00 PM (PST), and on Sundays and special coverage days from 4:30 AM to 6:30 PM.

TV Patrol Palawan is a local news program of ABS-CBN Regional in Palawan, an island province under the Mimaropa region in the Philippines but considered as a separate television market. The newscast delivers news headlines about current events in the province's capital Puerto Princesa City and its surrounding areas. The newscast airs on ABS-CBN Regional transmitters across the province at 5:00 PM from Monday to Friday. It is also simulcast on radio via DYAP Radyo Patrol 765 Palawan and MOR 99.9 For Life!. TV Patrol Palawan is the only local television newscast produced by a major network. It has been given a Special Citation for Best Regional News Program in the 2014 UPLB Gandingan Awards, and was a finalist for the Best News Program (Provincial) in the 2013 KBP's Golden Dove Awards. It also produces its bulletin version News Patrol Palawan airing several times a day every weekdays.

DYSPSuper Radyo Palawan is a news/talk radio station in Puerto Princesa. It is owned by Radio GMA Network, Inc. in the Philippines. The station's studio and transmitter are located at Solid Road, San Manuel, Puerto Princesa City, Palawan.

Bandera News Philippines is a regional broadcast company in the Philippines. Its main headquarters is located in Macasaet Business Complex, Roxas St., Palawan.

A plebiscite will be held in 2020 regarding the proposed dividing of Palawan in the Philippines into three separate provinces: Palawan del Norte, Palawan Oriental, and Palawan del Sur.

DWZB 91.1 mHz, airing as Radyo Palawan 91.1, is a non-commercial religious FM station owned by ZOE Broadcasting Network, Inc. in the Philippines. It is a sister station of DZJV 1458 kHz Radyo Calabarzon in Calamba, Laguna; and Light TV 33 and ZOE TV 11 in Metro Manila. The stations studio and transmitter are situated at Puerto Princesa, Palawan. It operates from 6:00 AM to 6:00 PM daily.