The main campus is 114 acres just west of Philadelphia, in St. Davids, Pennsylvania. The main campus was originally a private estate, named Walmarthon, which was owned by the Walton family. The size of the campus has expanded through purchase of surrounding buildings.

Eastern University is affiliated with the American Baptist Churches USA.

Gordon–Conwell Theological Seminary (GCTS) is an evangelical seminary with its main campus in Hamilton, Massachusetts and three other campuses in Boston, Massachusetts; Charlotte, North Carolina; and Jacksonville, Florida. According to the Association of Theological Schools, Gordon-Conwell ranks as one of the largest evangelical seminaries in North America in terms of total number of full-time students enrolled.

Roberts Wesleyan College is a private Christian liberal arts college in Rochester, New York. It was the first educational institution established for Free Methodists in North America. Roberts is accredited by the Middle States Commission on Higher Education, is a member of the Association of Colleges and Universities of the State of New York, the Rochester Area Colleges, the Association of Free Methodist Educational Institutions, the Council of Independent Colleges (CIC), and the Council for Christian Colleges and Universities (CCCU).

Asbury University is a private Christian university in Wilmore, Kentucky. Although it is a nondenominational school, the college's foundation stems from a Wesleyan-Holiness tradition. The school offers 50-plus majors across 17 departments. In the fall of 2016, Asbury University had a total enrollment of 1,854: 1,640 traditional undergraduate students and 214 graduate students. The campus of Asbury Theological Seminary, which became a separate institution in 1940, is located across the street from Asbury University.

Moravian College is a private liberal arts college in Bethlehem, Pennsylvania. The college traces its founding to 1742 by Moravians, descendants of followers of the Bohemian Reformation, and claims to be the sixth-oldest college in the United States. The most popular majors are health sciences, business, nursing, sociology, psychology, and biological sciences.

Concordia Seminary is a Lutheran seminary in Clayton, Missouri. The institution's primary mission is to train pastors, deaconesses, missionaries, chaplains, and church leaders for the Lutheran Church–Missouri Synod (LCMS). Founded in 1839, the seminary initially resided in Perry County, Missouri. In 1849, it was moved to St. Louis, and in 1926, the current campus was built.

Cedarville University is a private Baptist university in Cedarville, Ohio. It is chartered by the state of Ohio, approved by the Ohio Board of Regents, and accredited by the Higher Learning Commission.

The Southwestern Baptist Theological Seminary is a private, non-profit institution of higher education associated with the Southern Baptist Convention; the seminary was established in 1908, and is located in Fort Worth, Texas. It is one of the largest seminaries in the world and is accredited by the Association of Theological Schools in the United States and Canada the Southern Association of Colleges and Schools Commission on Colleges, and the National Association of Schools of Music to award diploma, bachelor's, master's, and doctoral degrees. The Baptist Faith and Message (2000) is the seminary's confessional statement. The Chicago Statement on Biblical Inerrancy and the Danvers Statement on Biblical Manhood and Womanhood provide further interpretive guidance related to the seminary's doctrinal positions on the nature of biblical inspiration and gender roles, respectively.

Dallas Theological Seminary(DTS) is an evangelical theological seminary in Dallas, Texas. It is known for popularizing Free grace theology and the theological system Dispensationalism. DTS has campuses in Dallas, Houston, and Washington, D.C., as well as extension campuses in Atlanta, Austin, San Antonio, Nashville, Northwest Arkansas, Europe, Guatemala, and Australasia and a multi-lingual online education program. 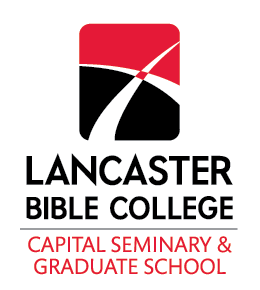 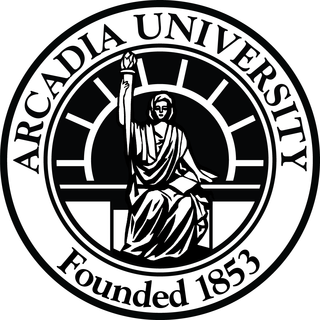 Colgate Rochester Crozer Divinity School is a seminary in Rochester, New York affiliated with the American Baptist Churches USA. The school is progressive and ecumenical in theology, with Baptists, United Methodists, Presbyterians, Episcopalians and members of other denominations on its faculty and in its student body. The school also shares a partnership with Bexley Hall Seabury-Western Theological Seminary, an Episcopal seminary. It is accredited by the Commission on Accrediting of the Association of Theological Schools.

The North Eastern Athletic Conference (NEAC) is an intercollegiate athletic conference affiliated with the NCAA's Division III. Member institutions are located in the Mid-Atlantic region of the United States. 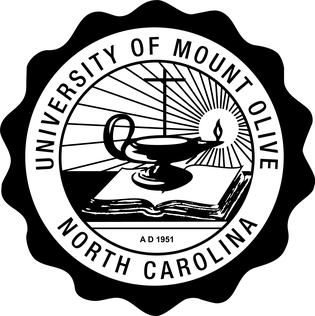 The University of Mount Olive is a private university in Mount Olive, North Carolina. Chartered in 1951, the university is sponsored by the Original Free Will Baptist Convention and accredited by the Southern Association of Colleges and Schools Commission on Colleges. A member of the NCAA Division II Conference Carolinas, its sports teams compete as the Mount Olive Trojans.

Cairn University is a private Christian university in Langhorne Manor and Middletown Township, in Bucks County, Pennsylvania. Founded in 1913, the university has six schools: Divinity, Liberal Arts and Sciences, Business, Education, Music, and Social Work. All students take a minimum of 30 semester hours of Bible classes.

William Henry Brackney is also the Millard R. Cherry Distinguished Professor of Christian Thought and Ethics Emeritus at Acadia University in Wolfville, Nova Scotia, and an ordained Baptist minister, presently accredited by the Convention of Atlantic Baptist Churches and the American Baptist Churches, USA. He was previously the Dean of Theology at McMaster University in Hamilton, Ontario,and has published numerous books and articles dealing with post-Reformation Protestant thought, particularly the Baptist and Radical Reformation traditions. Most recently, Brackney has done significant work in the areas of global ethics and human rights, and was the director of the Acadia Centre for Baptist and Anabaptist Studies (2008-2018). He is also a regular columnist for websites focused on ethics.