The eastern states of Australia are the states adjoining the east continental coastline of Australia. These are the mainland states of Victoria, New South Wales and Queensland, and the island state of Tasmania; the Australian Capital Territory and Jervis Bay Territory, while not states, are also included. On some occasions, the southern state of South Australia is also included in this grouping due to its economic ties with the eastern states.

Regardless of which definition is used, the eastern states include the majority – at least 80% – of the Australian population. They contain the federal capital Canberra and Australia's three largest cities Sydney, Melbourne and Brisbane (all capitals of the respective east coast states), as well as the three largest non-capital cities in the country: Gold Coast, Queensland; Newcastle, New South Wales; and Wollongong, New South Wales. In terms of climate, the area is dominated by a humid subtropical zone, with some tropical (Queensland) and oceanic climate (Australian Capital Territory, Victoria, New South Wales) zones. In most situations, the eastern states are defined as those who use Australian Eastern Standard Time (AEST), and that is the definition that this article will adhere to, unless noted.

Divisions between the east and west

Since the 1980s, governments have proposed building a high-speed rail in Australia. However, this rail would only go through the eastern states of Victoria, New South Wales and Queensland. [1] [2] Adelaide has often been included in the proposal, however former Greens leader Bob Brown said that a rail connecting Perth was inevitable. [3]

Politicians and newspapers from Western Australia frequently use the term(s) to emphasise the "them and us" attitude with respect to the state's isolation from the rest of the country. For example, in 2016 WAtoday ran an article with the headline "Ten reasons why Perth trumps the East Coast of Australia". [4]

Greater Capital City Statistical Area (GCCSA) or Significant Urban Areas (SUA), with a population of over 30,000, from north to south: 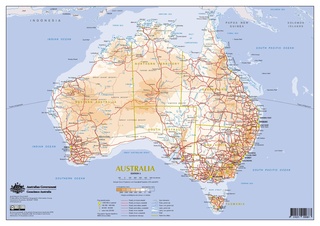 There are many forms of transport in Australia. Australia is highly dependent on road transport. There are more than 300 airports with paved runways. Passenger rail transport includes widespread commuter networks in the major capital cities with more limited intercity and interstate networks. The Australian mining sector is reliant upon rail to transport its product to Australia's ports for export. 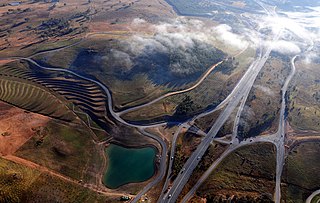 The following is an alphabetical list of articles related to Australia.

Below is a list of lists of schools in Australia: 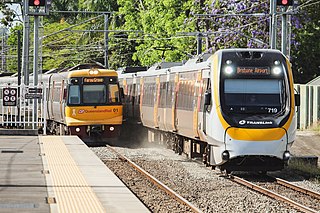 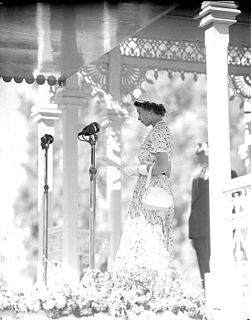 Since 1867, there have been over fifty visits by a member of the Royal Family to Australia, though only six of those came before 1954. Elizabeth II is the only reigning monarch of Australia to have set foot on Australian soil; she first did so on 3 February 1954. She was only 27 when she first visited Australia. During her sixteen journeys the Queen has visited every Australian state and the two major territories. 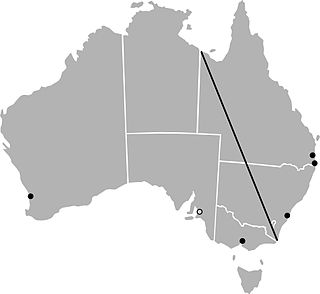 The "Barassi Line" is an imaginary line in Australia which divides areas where Australian rules football is the most popular football code from those where rugby league and rugby union dominate. It was first used by historian Ian Turner in his "1978 Ron Barassi Memorial Lecture". Crowd figures, media coverage, and participation rates are heavily skewed in favour of the dominant code on both sides of the line. 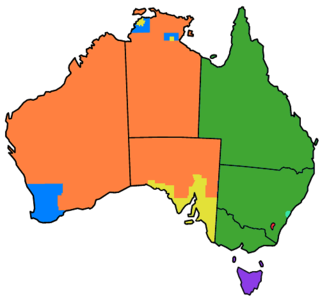 This outline of Australia is an overview of and topical guide to various aspects of the country of Australia. 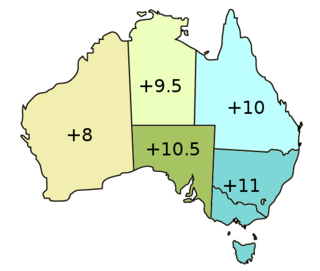 Mainland Australia is the main landmass of the Australian continent, excluding Tasmania and other offshore islands. The landmass also constitutes the mainland of the territory governed by the Commonwealth of Australia, and the term, along with continental Australia, can be used in a geographic sense to exclude surrounding continental islands and external territories. Generally, the term is applied to the states of New South Wales, Queensland, South Australia, Victoria, and Western Australia, as well as the Australian Capital Territory, Jervis Bay Territory, and Northern Territory.