The series focuses a young girl named Esme and her best friend, a monster named Roy, who care for all kinds of creatures when their regular guardians need aid. Esme and Roy was broadcast simultaneously on HBO in the United States and Treehouse TV in Canada on August 18, 2018. [3] [4] [5]

Esme & Roy follows a young girl named Esme and her best monster friend, Roy, the most in-demand "monster sitters" in Monsterdale, a town populated mostly by colorful monsters. The duo set out to solve big problems by playing and helping out the young monsters with their problems. [1]

Esme & Roy premiered on Treehouse TV in Canada and HBO on August 18, 2018, and PBS Kids on August 31, 2019 to June 27, 2021, in the United States. The show began international broadcast following its U.S. and Canadian premieres. The show began airing on the Cartoonito preschool block on Cartoon Network and HBO Max on September 18, 2021 in the United States. Esme and Roy was premiered on Disney Junior Asia from August 12, 2019 until April 2021 before being moved to Cartoon Network Asia in 2022 as part of the Cartoonito block.

Esme & Roy has been met with mostly positive reception. Emily Ashby of Common Sense Media rated Esme & Roy a total of 5 out of 5 stars, stating that Esme & Roy's "thoughtful approach to self-awareness and mindful behavior makes it an excellent tool for families and caretakers to use in teaching similar skills to kids," and that the broader emotions will relate to a child's experiences. [18] 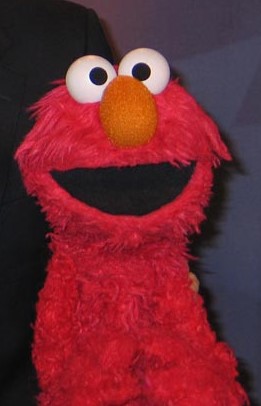 Elmo is a red Muppet monster character on the long-running PBS/HBO children's television show Sesame Street. A furry red monster who has a falsetto voice and illeism, he hosts the last full five-minute segment on Sesame Street, "Elmo's World", which is aimed at toddlers. He was most often puppeteered by Kevin Clash, but since his resignation in late 2012, he has been puppeteered by Ryan Dillon.

Children's television series are television programs designed for children, normally scheduled for broadcast during the morning and afternoon when children are awake. They can sometimes run during the early evening, allowing younger children to watch them after school. The purpose of these shows is mainly to entertain or educate. The children's series are in four categories: those aimed at infants and toddlers, those aimed at those aged 6 to 11 years old, those for adolescents and those aimed at all children.

Nelvana Enterprises, Inc. is a Canadian animation studio and entertainment company owned by Corus Entertainment. Founded in 1971 by Michael Hirsh, Patrick Loubert and Clive A. Smith, it was named after Nelvana of the Northern Lights, the first Canadian national superhero, who was created by Adrian Dingle. The company's production logo is a polar bear looking at Polaris, the North Star.

Max & Ruby is a Canadian children's animated television series based on the book series by Rosemary Wells and produced by Nelvana Limited. Billy Rosemberg and Samantha Peters star as the voice of Max and Ruby, the title-characters.

Seven Little Monsters, or 7 Little Monsters, is an animated television series about a family of seven monsters and their mother. The series, based on the book of the same name, was created by Maurice Sendak and directed by Neil Affleck, Lynn Reist, and Glenn Sylvester. Each monster is named after a different number from one to seven, and each has unique physical characteristics. 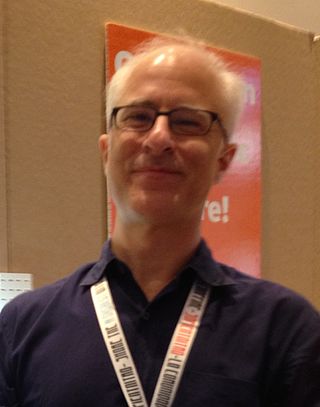 David Rudman is an American puppeteer, puppet builder, writer, director, and producer known for his involvement with the Muppets and Sesame Street.

The Berenstain Bears is a children's animated television comedy series based on the children's book series of the same name by Stan and Jan Berenstain. Acting as a remake of the cartoon series of the same name (1985–87), the series follows the lives of a family of anthropomorphic bears who learn a moral or safety-related lesson during the course of each episode. The series was broadcast on PBS Kids from January 6, 2003 until December 6, 2004. 40 episodes were produced.

Little Airplane Productions is an American television production company co-founded by Josh Selig and Lori Shaer in 1999. The company produced Oobi for Noggin, Wonder Pets! for Nickelodeon, and 3rd & Bird for the BBC. It has also released independent short films. Since 2017, the company has been owned by Studio 100, which entered a co-production agreement to create the comedy series Doctor Space with Little Airplane.

Pinky Dinky Doo is an animated children's television series created by Jim Jinkins. It was produced and co-owned by Jinkins' Cartoon Pizza and Sesame Workshop. The series was made in association with Discovery Kids Latin America, and the Canadian Broadcasting Corporation. For the second season, Abrams Gentile Entertainment, and the Canadian studio Keyframe Digital Productions joined as production companies. Each episode follows an imaginative pink-haired girl named Pinky Dinky Doo, her brother Tyler and pet Mr. Guinea Pig as she makes up her own stories.

Franklin and Friends is a CGI children's television series produced by Nelvana. The second adaptation and spin-off of the classic characters from the Franklin the Turtle series of children's books written by Paulette Bourgeois and illustrated by Brenda Clark, the series was announced by Nelvana on September 28, 2010. The series premiered on Treehouse TV on March 4, 2011. The series’ theme song is a revamped version of the original series theme, "Hey It's Franklin".

The Daytime Emmy Award for Outstanding Children's Series was an Emmy award given to television programming aimed towards children. Children's television had been recognized at the Emmys since the inaugural year. In 1995, a separate award for pre-school children's television was created, and the two categories had been recognized since then. Starting in 2018, a distinction between children's series and educational series was created, resulting in two separate categories. In November 2021, it was announced that all Daytime Emmy categories honoring children's programming will be retired in favor of a separate Children's & Family Emmy Awards ceremony that will be held starting in 2022.

Sesame Street: Elmo's Playdate is a 2020 television special which was produced as an extension of Sesame Workshop's Caring for Each Other initiative in response to the COVID-19 pandemic in the United States. The special follows Elmo and other Sesame Street characters having a virtual playdate, along with a few celebrity guests. HBO and WarnerMedia's parent company, AT&T, was the program's sole sponsor, with United Health Care sponsoring the PBS Kids broadcast.

Mecha Builders is a computer-animated children's television series and a spin-off of Sesame Street, that began production in May 2020. The series is co-produced by the United States organization Sesame Workshop and Canadian animation producer Guru Studio, which is known for PAW Patrol and True and the Rainbow Kingdom. 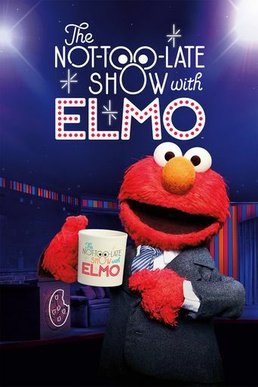 The Not-Too-Late Show with Elmo is an American late-night talk show hosted by the Muppet character Elmo. It is a spin-off of Sesame Street and was developed exclusively for the HBO Max streaming service. The series, consisting of 13 episodes, debuted on HBO Max on May 27, 2020. The first three episodes were available at launch, after which new episodes were premiered weekly. Each episode runs for 15 minutes. In March 2021, the series was renewed for a second season which premiered on September 30, 2021, when the show moved to the service's Cartoonito section. However, in August 2022, the series was removed from HBO Max. Reruns will be scheduled to return on PBS Kids on February 10, 2023.