A groomsman (North America, Australasia) or usher (British Isles) is one of the male attendants to the groom in a wedding ceremony. Usually, the groom selects close friends and relatives to serve as groomsmen, and it is considered an honor to be selected. From his groomsmen, the groom usually chooses one to serve as best man.

For a wedding with many guests, the groom may also ask other male friends and relatives to act as ushers without otherwise participating in the wedding ceremony; their sole task is ushering guests to their seats before the ceremony. Ushers may also be hired for very large weddings.

In a military officer's wedding, the roles of groomsmen are replaced by swordsmen of the sword honor guard. They are usually picked as close personal friends of the groom who have served with him. Their role includes forming the traditional saber arch for the married couple and guests to walk through.

The most visible duty of the groomsmen is helping guests find their places before the ceremony and to stand near the groom during the wedding ceremony.

Additionally, the groom may request other kinds of assistance, such as planning celebratory events such as a bachelor party, also called a stag-do or buck's night; helping make the wedding pleasant for guests by talking with people who are alone or dancing with unaccompanied guests or bridesmaids, if there is dancing at a wedding reception; or providing practical assistance with gifts, luggage, or unexpected complications. Groomsmen may also participate in local or regional traditions, such as decorating the newlywed couple's car. [1]

Bridegroom-men formerly had important duties. The men were called bride-knights, and represented a survival of the primitive days of marriage by capture, when a man called his friends in to assist to "lift" or kidnap the bride, or from the need to defend the bride from would-be kidnappers. [2] [3] [4]

The best man is the chief assistant to the groom at a wedding. While the role is older, the earliest surviving written use of the term best man comes from 1782, observing that "best man and best maid" in the Scottish dialect are equivalent to "bride-man and bride-maid" in England. [5]

In most modern Anglophone countries, the groom extends this honor to someone who is close to him, generally a close friend or a relative (such as a sibling or cousin). When the groom wishes to give this honor to a woman, she may be termed the best woman or best person, [6] although traditionally she would still be referred to as the 'best man'. The bride's equivalent of the best man is the bridesmaid, or the maid/matron of honor. If this honoree is male, he may be called a "man of honor." [6] During a wedding ceremony the best man stands next to the groom, slightly behind him. This means that the four people present at the altar are the officiant (such as a civil celebrant, priest, rabbi, minister, or other religious figure), the bride, groom, and best man. This is common in some western countries, although in others the best man and bridesmaid participate on an equal footing.

While the best man's required duties are only those of a friend, in the context of a western white wedding, the best man will typically:

In various countries and cultures

The best man is not a universal custom. [9] Even in places where a best man is customary, the role may be quite different when compared to other areas of the world.

In the past, the bachelor party was typically scheduled for a convenient evening during the week before the wedding. A type of farewell dinner, it was always hosted, and therefore organized and paid for, entirely by the groom. [11] The dinner was seen as the groom's last chance to entertain his friends as a single man; after the wedding, dinner parties at his home would always be presided over by his wife in her role as hostess. 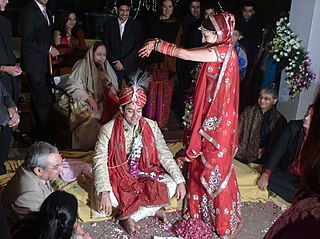 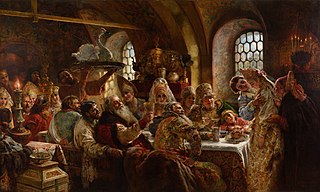 A wedding reception is a party usually held after the completion of a marriage ceremony as hospitality for those who have attended the wedding, hence the name reception: the couple receive society, in the form of family and friends, for the first time as a married couple. Hosts provide their choice of food and drink, although a wedding cake is popular. 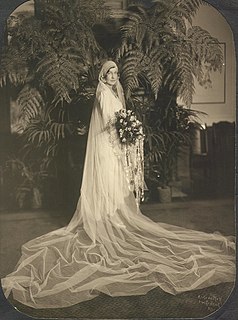 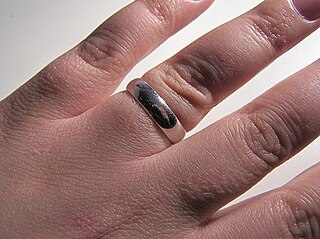 Bridesmaids are members of the bride's party in a Western traditional wedding ceremony. A bridesmaid is typically a young woman and often a close friend or relative. She attends to the bride on the day of a wedding or marriage ceremony. Traditionally, bridesmaids were chosen from unwed young women of marriageable age.

A hen night or bachelorette party is a party held for a woman who is about to get married. While Beth Montemurro concludes that the bachelorette party is modelled after the centuries-old stag night in the US, which is itself historically a dinner given by the bridegroom to his friends shortly before his wedding, Sheila Young argues that its British counterpart evolved from a number of earlier pre-wedding traditions for women whose origins are obscure but which have been around for at least a century in factories and offices across the UK. Despite its reputation as "a sodden farewell to maiden days" or "an evening of debauchery", these events can simply be parties given in honor of the bride-to-be, in the style that is common to that social circle. 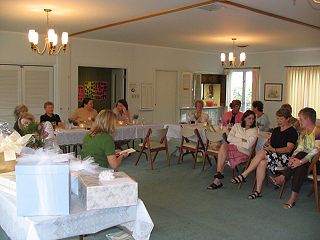 A bridal shower is a gift-giving party held for a bride-to-be in anticipation of her wedding. 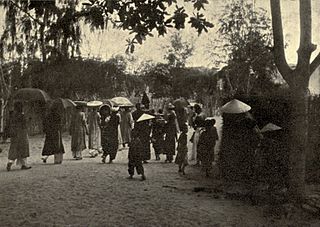 Iranian wedding, also known as Persian wedding, consists of traditions that go back to the Zoroastrianism, which was the main religion of pre-Islamic Iran and although the concepts theories of marriage have been changed by Islamic traditions, the ceremonies have remained more or less the same as they were originally in pre-Islamic Iran. Although modern-day Iran is a multi-ethnic country, Iranian wedding traditions are observed by the majority of ethnic groups in Iran. 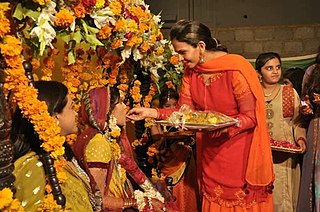 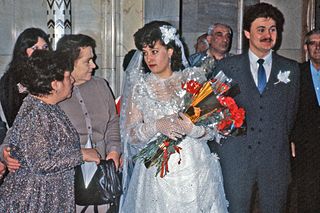 A traditional Russian wedding can last between two days and one week. The celebration involves dancing, singing, toasting, and banqueting. The best man and maid of honor are called Witnesses or Свидетели in Russian. The ceremony and the ring exchange take place on the first day of the wedding. Despite their seemingly unique matrimonial ceremonies, Russian weddings have adopted some western traditions, including incorporating bridesmaids into the wedding party.

A saber arch is a wedding tradition in which sabers or swords are used to salute a newly married couple. The bride and groom pass under an honorary arch of sabers, typically when exiting the building in which the wedding ceremony took place. The tradition is in use worldwide. 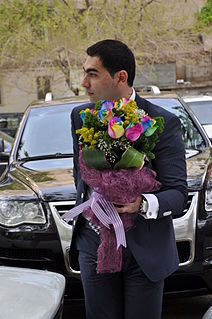 A bridegroom is a man who is about to be married or who is newlywed.

A flower girl is a young female who scatters flower petals down the aisle during a wedding procession. 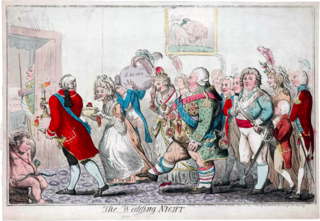 The bedding ceremony refers to the wedding custom of putting the newlywed couple together in the marital bed before numerous witnesses, thereby completing the marriage. In most traditions the newlyweds were put in bed by their family, friends, and neighbors.

In Chinese communities, especially in China, Hong Kong, Malaysia, and Singapore, wedding door games are challenges set up by the bridesmaids for the groom as a ceremonial demonstration of the groom's love for the bride. These games typically take place in the morning of the wedding at the bride's family home, before the groom is allowed to receive the bride in the bride's room. The groom typically receives the help of his groomsmen in completing the tasks.