In the 1980s and 1990s, there was a significant number of Indo-Bangladesh joint production films.[ citation needed ] However, after 2004–2005, the number of Indo-Bangla joint production films decreased.[ citation needed ] However, in the 2010s, Indo-Bangladeshi joint ventures began gaining more popularity and have become more common, often produced by Eskay Movies of India and Jaaz Multimedia of Bangladesh. [1]

However, after different controversies regarding the joint venture films in 2017, the government of Bangladesh have temporarily stopped all joint ventures until a new policy is put in place. [1] [2] The controversy is mainly about the production house Jaaz Multimedia and the films they have produced, which commonly feature more Indian cast and crew than Bangladeshis. In an article by Prothom Alo, this controversy has been described as creating two factions in the Bangladeshi film industry, one which claims that Jaaz Multimedia has broken the country's rules of international co-productions by making Indian films under the name of joint productions, and another which backs Jaaz Multimedia by claiming that their films are reviving the lost glory of Bangladeshi cinema. [3]

After the Bangladesh government announced it was temporarily stopping all joint production films in 2017, it was announced that a new committee would be formed to approve scripts and preview the films before production and release. [4] Later in January 2018, Bangladesh Information Minister Hasanul Haq Inu revealed that new rules for would be relaxed for co-productions, making it easier for films to have one director and film in other countries. [5] The new co-production guidelines, released by the Bangladeshi government, state that permission can be sought to bring equipments from other countries, a production house cannot apply for a film review within 30 days of getting a nod from the Bangladesh Film Development Corporation and Ministry of Information, maximum duration of submission is 9 months to a year, and the guidelines also allow for a director or producer from a third country to join the film. [6] However, the new guidelines for the co-productions state that approval will only be given to original content. [7] This move, endorsed by director of Grassroot Entertainment Amit Jumrani, will create space for new and original ideas in an industry with many remakes. [7]

This is the list of some of the notable Bangladesh-India joint venture films.

This list contains production companies, directors, and actors who have worked multiple times in Indo-Bangla co-productions.

Shakib Khan, also known by the initialism SK, is a Bangladeshi film actor, producer, singer, film organiser and media personality. He started his career with Ananta Bhalobasha (1999) directed by Sohanur Rahman Sohan. Subsequently Khan established himself as one of the most successful actors in Bengali cinema. He is popularly known in the media as Superstar, King Khan, King of Dhallywood and Number One Shakib Khan. Currently he is the highest paid actor in Bangladesh. 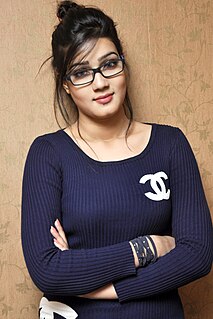 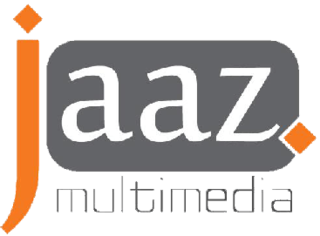 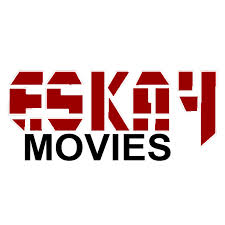 Romeo vs Juliet is an Indo-Bangladeshi joint venture romantic comedy film, produced jointly by Eskay Movies and Jaaz Multimedia. The film is directed by Ashok Pati and features a cast which includes Ankush Hazra and Mahiya Mahi. The film released on 16 January 2015. The movie is a remake of 2013 Punjabi movie Singh vs Kaur.

Angaar is a 2016 Indo-Bangladeshi Romantic Action Musical film, directed by Wajed Ali and produced by Abdul Aziz under the banner of Jaaz Multimedia. The film features a cast that includes Om and Jolly in lead roles while Ashish Vidyarthi plays the role of main antagonist. The first teaser of the film was released on December 15, 2015 and the film was first released on January 15, 2016. The movie is a remake of 2013 Kannada film Appayya.

Abdul Aziz is a Bengali and Dhallywood film producer and script writer and directed few films. He is the chairman of Jaaz Multimedia. He produced more than 40 films in Bangladesh and India

Badshah – The Don is a 2016 Indian-Bangladeshi action comedy film directed by Baba Yadav. It was produced by Eskay Movies and Jaaz Multimedia. It is a remake of the 2010 Telugu movie Don Seenu starring Ravi Teja. The film stars Indian Bengali film actor Jeet and Bangladeshi television host and film actress Nusrat Faria Mazhar. Badshah – The Don is also the third collaboration between Baba Yadav and Jeet, after Boss: Born to Rule and Game: He Plays To Win. 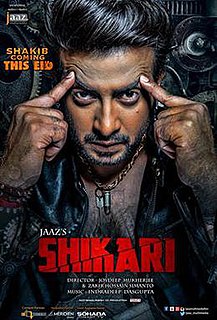 Shikari is a 2016 Bangladesh-India joint venture Action thriller film directed by Joydip Mukherjee. Produced by Abdul Aziz and Himanshu Dhanuka under the Jaaz Multimedia and Eskay Movies banners, and stars Bangladeshi superstar Shakib Khan, Srabanti Chatterjee, Rahul Dev and Sabyasachi Chakrabarty in pivotal roles and centers around Khan, a disguised professional assassin with mysterious past, tasked with assassinating a top government official. The film also features Amit Hasan, Kharaj Mukherjee, and Shupriyo Dutta in supporting roles. The soundtrack album and background score of the film was composed by Indradeep Dasgupta.

Nabab is a 2017 film directed by Joydip Mukherjee and stars Bangladeshi actor Shakib Khan. The film is a Bangladesh-India joint venture produced by Abdul Aziz and Himanshu Dhanuka under the banner of Jaaz Multimedia and Eskay Movies. The story revolves around an intelligence agent from Bangladesh tasked with a secret operation in West Bengal, India. The film also stars Subhashree Ganguly as Khan's love interest and features Sabyasachi Chakrabarty, Amit Hasan, Aparajita Adhya, Kharaj Mukherjee and Arindam Saha in supporting roles. The soundtrack album and background score of the film was composed by Savvy Gupta and Akassh. The film was released on 26 June 2017 on the occasion of Eid in Bangladesh and released in India on 28 July 2017.

Boss 2: Back to Rule is a 2017 India-Bangladesh joint production Bengali action crime thriller film directed by Baba Yadav. It is a sequel to his 2013 film, Boss: Born to Rule and the second installment of the Boss film series. The film features Jeet, Subhashree Ganguly and Nusraat Faria in the leading roles. Jeet Gannguli composed the music for the film. The film was released in West Bengal on 23 June and in Bangladesh on 26 June 2017 and in rest of India on 30 June 2017.

Noor Jahaan is a 2018 Indo-Bangla joint venture film directed by Abhimanyu Mukherjee and produced by Raj Chakraborty under the banners of Raj Chakraborty Production of India and Jaaz Multimedia of Bangladesh and co-produced by SVF Entertainment. the film features newcomer Adrit Roy and Puja Cherry in lead roles.It is a remake of Marathi movie Sairat.

Inspector Notty K is a 2018 Bengali language romantic comedy film, directed by Ashok Pati and produced by Jeet and Abdul Aziz. It is an India-Bangladesh joint production film which has been produced by Jeetz Filmworks, Walzen Media Works, Surinder Films and Jaaz Multimedia. A huge portion of the film and songs were shot in Genoa, and Rome, Italy. It is a remake of the 2013 Punjabi film Jatt & Juliet 2 starring Diljit Dosanjh. Jeet as the titular character alongside Nusrat Faria, the two starring in their third film together after Badsha – The Don (2016) and Boss 2: Back to Rule (2017).

Raihan Rafi is a Bangladeshi film director and screenwriter. He is best known for his 2018 directorial debut Poramon2, produced by Abdul Aziz and under the banner of Jaaz Multimedia. The film won three Meril Prothom Alo Awards for Most Critic Movie of the Year, Best Actor and Best Actress.

Subrata Barua is a Bangladeshi film actor. He is better known as Subrata in the film industry. The number of his released films is more than 140.