It was first derived by Johannes Kepler in 1609 in Chapter 60 of his Astronomia nova , [1] [2] and in book V of his Epitome of Copernican Astronomy (1621) Kepler proposed an iterative solution to the equation. [3] [4] The equation has played an important role in the history of both physics and mathematics, particularly classical celestial mechanics.

The 'eccentric anomaly' E is useful to compute the position of a point moving in a Keplerian orbit. As for instance, if the body passes the periastron at coordinates x = a(1 − e), y = 0, at time t = t0, then to find out the position of the body at any time, you first calculate the mean anomaly M from the time and the mean motion n by the formula M = n(t − t0), then solve the Kepler equation above to get E, then get the coordinates from:

where a is the semi-major axis, b the semi-minor axis.

When e = 0, the orbit is circular. Increasing e causes the circle to become elliptical. When e = 1, there are three possibilities:

A slight increase in e above 1 results in a hyperbolic orbit with a turning angle of just under 180 degrees. Further increases reduce the turning angle, and as e goes to infinity, the orbit becomes a straight line of infinite length.

The Hyperbolic Kepler equation is:

where H is the hyperbolic eccentric anomaly. This equation is derived by redefining M to be the square root of −1 times the right-hand side of the elliptical equation:

(in which E is now imaginary) and then replacing E by iH.

The Radial Kepler equation is:

and then making the substitution

Calculating M for a given value of E is straightforward. However, solving for E when M is given can be considerably more challenging. There is no closed-form solution.

One can write an infinite series expression for the solution to Kepler's equation using Lagrange inversion, but the series does not converge for all combinations of e and M (see below).

Confusion over the solvability of Kepler's equation has persisted in the literature for four centuries. [5] Kepler himself expressed doubt at the possibility of finding a general solution:

I am sufficiently satisfied that it [Kepler's equation] cannot be solved a priori, on account of the different nature of the arc and the sine. But if I am mistaken, and any one shall point out the way to me, he will be in my eyes the great Apollonius.

These series can be reproduced in Mathematica with the InverseSeries operation.

These functions are simple Maclaurin series. Such Taylor series representations of transcendental functions are considered to be definitions of those functions. Therefore, this solution is a formal definition of the inverse Kepler equation. However, E is not an entire function of M at a given non-zero e. The derivative

goes to zero at an infinite set of complex numbers when e<1. There are solutions at

and at those values

(where inverse cosh is taken to be positive), and dE/dM goes to infinity at these points. This means that the radius of convergence of the Maclaurin series is

and the series will not converge for values of M larger than this. The series can also be used for the hyperbolic case, in which case the radius of convergence is

While this solution is the simplest in a certain mathematical sense,[ which? ], other solutions are preferable for most applications. Alternatively, Kepler's equation can be solved numerically.

The solution for e ≠ 1 was found by Karl Stumpff in 1968, [8] but its significance wasn't recognized. [9] [ clarification needed ]

One can also write a Maclaurin series in e. This series does not converge when e is larger than the Laplace limit (about 0.66), regardless of the value of M (unless M is a multiple of 2π), but it converges for all M if e is less than the Laplace limit. The coefficients in the series, other than the first (which is simply M), depend on M in a periodic way with period 2π.

The inverse radial Kepler equation (e = 1) can also be written as:

To obtain this result using Mathematica:

For most applications, the inverse problem can be computed numerically by finding the root of the function:

This can be done iteratively via Newton's method:

Note that E and M are in units of radians in this computation. This iteration is repeated until desired accuracy is obtained (e.g. when f(E) < desired accuracy). For most elliptical orbits an initial value of E0 = M(t) is sufficient. For orbits with e > 0.8, an initial value of E0 = π should be used. If e is identically 1, then the derivative of f, which is in the denominator of Newton's method, can get close to zero, making derivative-based methods such as Newton-Raphson, secant, or regula falsi numerically unstable. In that case, the bisection method will provide guaranteed convergence, particularly since the solution can be bounded in a small initial interval. On modern computers, it is possible to achieve 4 or 5 digits of accuracy in 17 to 18 iterations. [10] A similar approach can be used for the hyperbolic form of Kepler's equation. [11] : 66–67  In the case of a parabolic trajectory, Barker's equation is used.

A related method starts by noting that

. Repeatedly substituting the expression on the right for the

The number of iterations,

, depends on the value of

. The hyperbolic form similarly has

To first order in the small quantities 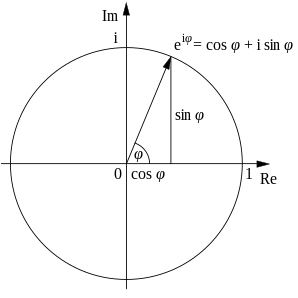 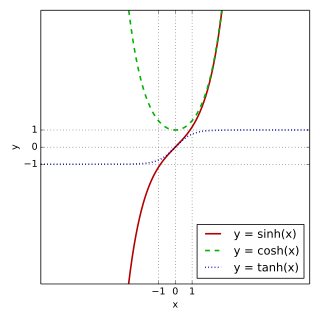 In mathematics, hyperbolic functions are analogues of the ordinary trigonometric functions, but defined using the hyperbola rather than the circle. Just as the points (cos t, sin t) form a circle with a unit radius, the points (cosh t, sinh t) form the right half of the unit hyperbola. Also, similarly to how the derivatives of sin(t) and cos(t) are cos(t) and –sin(t), the derivatives of sinh(t) and cosh(t) are cosh(t) and +sinh(t).

In physical science and mathematics, Legendre polynomials are a system of complete and orthogonal polynomials, with a vast number of mathematical properties, and numerous applications. They can be defined in many ways, and the various definitions highlight different aspects as well as suggest generalizations and connections to different mathematical structures and physical and numerical applications.

Projectile motion is a form of motion experienced by an object or particle that is projected near the Earth's surface and moves along a curved path under the action of gravity only. This curved path was shown by Galileo to be a parabola, but may also be a line in the special case when it is thrown directly upwards. The study of such motions is called ballistics, and such a trajectory is a ballistic trajectory. The only force of mathematical significance that is actively exerted on the object is gravity, which acts downward, thus imparting to the object a downward acceleration towards the Earth’s center of mass. Because of the object's inertia, no external force is needed to maintain the horizontal velocity component of the object's motion. Taking other forces into account, such as aerodynamic drag or internal propulsion, requires additional analysis. A ballistic missile is a missile only guided during the relatively brief initial powered phase of flight, and whose remaining course is governed by the laws of classical mechanics.

In physics and astronomy, Euler's three-body problem is to solve for the motion of a particle that is acted upon by the gravitational field of two other point masses that are fixed in space. This problem is exactly solvable, and yields an approximate solution for particles moving in the gravitational fields of prolate and oblate spheroids. This problem is named after Leonhard Euler, who discussed it in memoirs published in 1760. Important extensions and analyses were contributed subsequently by Lagrange, Liouville, Laplace, Jacobi, Darboux, Le Verrier, Velde, Hamilton, Poincaré, Birkhoff and E. T. Whittaker, among others. 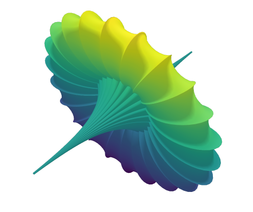 Elastic instability is a form of instability occurring in elastic systems, such as buckling of beams and plates subject to large compressive loads.