The Laboulbeniomycetes are a unique group of fungi that are obligatorily associated with arthropods, either as external parasites (Herpomycetales and Laboulbeniales) or for dispersal (Pyxidiophorales). [1] [2] [3]

Herpomycetales and Laboulbeniales fungi are minute; their fruiting bodies, referred to as thalli, commonly measure less than one millimeter. They live on the antennae, the mouthparts or other body regions of their arthropod hosts. Although several species of Laboulbeniomycetes have more or less extensive, root-like hyphal systems (haustoria) inside their hosts, as a group these fungi are relatively harmless to their hosts. These fungi occur usually only on adult hosts; apparently immature arthropods eliminate them during ecdysis (adult arthropods no longer molt). Some thallus-forming species are dioecious, that is, they have separate female and male individuals, like Herpomyces (in the order Herpomycetales).

Pezizomycotina make up most of the Ascomycota fungi and include most lichenized fungi too. Pezizomycotina contains the filamentous ascomycetes and is a subdivision of the Ascomycota. It is more or less synonymous with the older taxon Euascomycota. These fungi reproduce by fission rather than budding and this subdivision includes almost all the ascus fungi that have fruiting bodies visible to the naked eye. 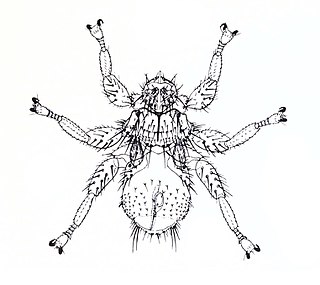 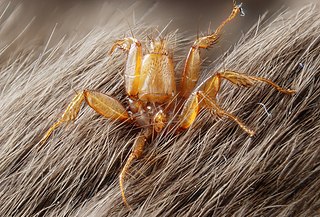 Nycteribiidae is a family of the true fly superfamily Hippoboscoidea are known as "bat flies", together with their close relatives the Streblidae. As the latter do not seem to be a monophyletic group, it is conceivable not to unite all bat flies in a single family. 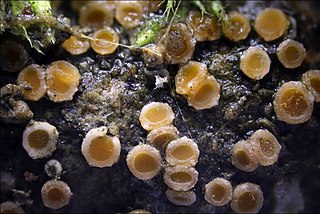 Gyalectales is an order of lichen-forming fungi in the class Lecanoromycetes. It contains 5 families, 15 genera and about 550 species.

The Laboulbeniales is an order of Fungi within the class Laboulbeniomycetes. They are also known by the colloquial name, beetle hangers, or labouls. The order includes around 2,325 species of obligate insect ectoparasites that produce cellular thalli from two-celled ascospores. Of the described Laboulbeniales, Weir and Hammond 1997 find 80% to be from Coleoptera and the next largest group to be the 10% from Diptera. Recently, the genus Herpomyces, traditionally considered a basal member of Laboulbeniales, was transferred to the order Herpomycetales based on molecular phylogenetic data. Laboulbeniales typically do not kill their hosts, although they may impair host fitness if the parasite density is high. 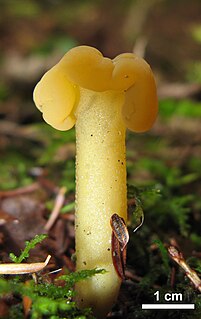 Leotia is a genus of cup fungi of the division Ascomycota. Leotia species are globally distributed, and are believed to be ectomycorrhizal. They are commonly known as jelly babies because of the gelatinous texture of their fruiting bodies. 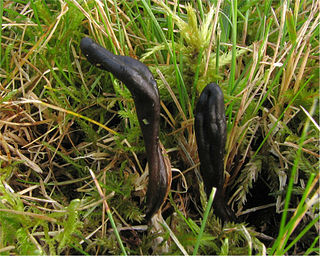 Geoglossaceae is a family of fungi in the order Geoglossales, class Geoglossomycetes. These fungi are broadly known as earth tongues. The ascocarps of most species in the family Geoglossaceae are terrestrial and are generally small, dark in color, and club-shaped with a height of 2–8 cm. The ascospores are typically light-brown to dark-brown and are often multiseptate. Other species of fungi have been known to parasitize ascocarps. The use of a compound microscope is needed for accurate identification. 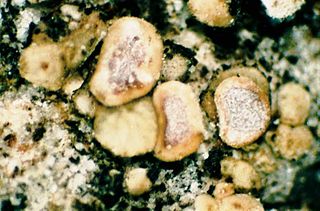 The Acarosporales are an order of fungi in the class Lecanoromycetes. Phylogenetic analyses conducted using the sequences of both the protein-coding gene RPB2 as well as nuclear ribosomal genes place this order within the subclass Acarosporomycetidae. 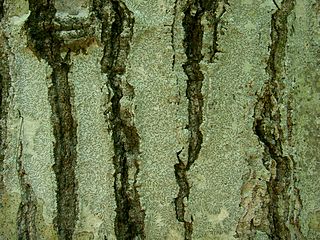 The Ostropomycetidae are a subclass of mostly lichen-forming fungi in the class Lecanoromycetes. The subclass was circumscribed in 2004 by Catherine Reeb, François M. Lutzoni, and Claude Roux. It contains eight orders and 36 families. 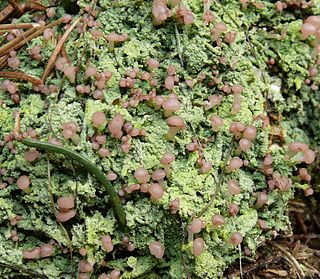 The Mycocaliciaceae are a family of seven genera and about 90 species of fungi in the order Mycocaliciales.

Psilolechia is a genus of four species of crustose lichens. It is the only member of Psilolechiaceae, a family that was created in 2014 to contain this genus. 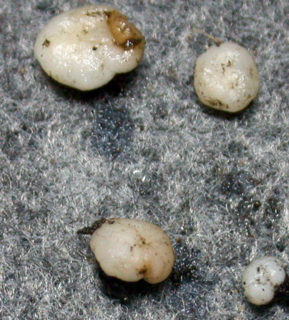 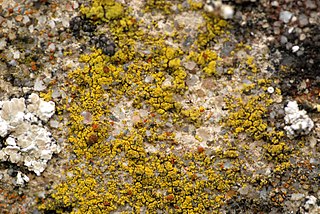 The Candelariales are an order of fungi in the monotypic class Candelariomycetes. It contains the families Candelariaceae and Pycnoraceae. The order was circumscribed by Jolanta Miadlikowska, François Lutzoni, and Helge Thorsten Lumbsch as part of a comprehensive phylogenetic classification of the kingdom Fungi published in 2007. The class Candelariomycetes was created in 2018 by Hermann Voglmayr and Walter Jaklitsch.

Cornicularia is a genus of lichenised ascomycetes in the large family Parmeliaceae. It is a monotypic genus, with a single currently accepted species, the saxicolous lichen Cornicularia normoerica. This species has an erect caespitose growth form, and is sometimes referred to as the brittle lichen. 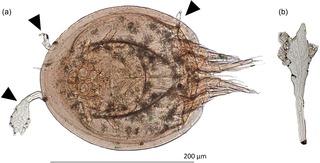 Rickia wasmannii is a species of the widely distributed entomoparasitic order of fungi Laboulbeniales. It is an obligatory ectoparasite of ants of the genus Myrmica. The thalli penetrate outer layer of the cuticle, and appear on the host body surface. Little is known about its effect on the host ant, but it is usually regarded as a rather neutral symbiont. Contrarily, however, a recent study has documented an increased need of drinking water and a shortened life-span of infected ants.

Herpomyces is a fungal genus in the order Herpomycetales (Laboulbeniomycetes), with species that are exclusively ectoparasites of members of the Blattodea order (cockroaches). As of 2020, 27 species of Herpomyces are formally described. Members of Herpomyces have been reported from all continents except Antarctica. 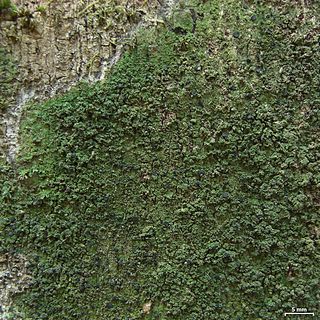 Malmideaceae is a family of crustose and corticolous lichens in the order Lecanorales. It contains eight genera and about 70 species.

The Herpomycetales is an order of fungi within the class Laboulbeniomycetes. The order includes a single dioecious genus, Herpomyces, with 27 accepted species of obligate ectoparasites that are associated exclusively with cockroaches. Like the Laboulbeniales order, they produce cellular thalli. However, the thalli of Herpomyces are developmentally and morphologically unique.

Trapeliaceae is a family of lichens in the order Baeomycetales. The family contains 12 genera and about 125 species.