LexisNexis Risk Solutions is a global data and analytics company that provides data and technology services, analytics, predictive insights and fraud prevention for a wide range of industries. [2] It is headquartered in Alpharetta, Georgia (part of the Atlanta metropolitan area) and has offices throughout the U.S. and in Australia, Brazil, China, Hong Kong SAR, India, Ireland, Israel, Philippines and the U.K. The company’s customers include businesses within the insurance, financial services, healthcare and corporate sectors as well as the local, state and federal government, law enforcement and public safety.

LexisNexis Risk Solutions operates within the Risk & Business Analytics market segment of RELX, a multinational information and analytics company based in London. [3]

In September 2008, Reed Elsevier purchased data aggregator ChoicePoint. This acquisition included an insurance business and the C.L.U.E. database, an underwriting database for the U.S. auto insurance market. LexisNexis completed the migration of public records to HPCC Systems the same year.

Mark Kelsey was named CEO of LexisNexis Risk Solutions in December 2012. [9] Over the next two years the company purchased 12 companies including: WorldCompliance, Enclarity, Mapflow, Tracesmart, Wunelli and Health Market Science.

In January 2020, LexisNexis Risk Solutions closed its acquisition of ID Analytics, a provider of fraud and credit risk solutions. Previously ID Analytics was a NortonLifeLock company. [14]

LexisNexis Risk Solutions is a subsidiary of RELX (tickers: RELX and REL.UK).

LexisNexis Risk Solutions developed the ADAM (Automated Delivery of Alerts on Missing children) program in 2000 to help the National Center for Missing & Exploited Children (NCMEC) find missing children. [16] ADAM distributes missing child alert posters to law enforcement, hospitals, libraries and businesses within specific geographic search areas. The system was expanded in 2017 to allow individuals to receive an email alert when a child is reported missing near to them. [17]

In 2017, a feature was added to ADAM to allow NCMEC to focus on a highway where a missing child and abductor may be travelling in order to distribute posters to recipients along the relevant corridor. Combining this filter along with the system’s radius search allows for broad, yet targeted, poster coverage. Functionality was added to ADAM to allow members of the public to sign up for missing child email alerts in their area. More than 1.8 million individuals, private enterprises, hospitals, schools, news outlets and law agencies have signed up to receive automated ADAM alerts.

In 2017, LexisNexis Risk Solutions began working with the charity Missing People and the UK National Crime Agency to support their Child Rescue Alert service, which disseminates missing alerts via text message. Along with Charlie Hedges Advisory (one of the U.K.’s foremost experts on missing persons), LexisNexis Risk Solutions and Missing People scoped a training course to assist law enforcement, schools, hospitals and others with missing cases, particularly those involving children who are abducted and/or trafficked.

Since 2013, the Florida Department of Children Families has used LexisNexis Risk Solutions for its identity management solutions to prevent food stamp fraud and improve operational efficiencies, achieving a total cost avoidance of more than $843.7 million.

In 2017, LexisNexis Risk Solutions developed the Global Business Coalition for Education’s Rapid Education Action (REACT) database to record private sector educational contributions and assets that can be deployed quickly in the wake of a humanitarian emergency.

The LexisNexis Accurint Virtual Crime Center gives law enforcement “greater visibility into crime in both their jurisdictions and nationwide by linking billions of public records with agency-provided data.” It links to PSDEX and brings together disconnected data to provide a more comprehensive view of people’s identities so that law enforcement agencies can better target investigations, identify patterns, predict upcoming events and deploy resources more efficiently.

In April, 2020, LexisNexis Risk Solutions created a free tracking tool to monitor and report the progress of the Covid-19 virus and provide better contextual understanding of the pandemic’s evolution. Using data from Johns Hopkins University (daily cases and deaths), the US Census Bureau (US population) and the UN DESA (world population), the tracker provides metrics and analysis for locations across the globe, with maps that drill down to country and regional levels, helping to understand how the virus is propagating. [18]

In July 2020, Researchers from Florida Atlantic University’s College of Engineering and Computer Science in collaboration with LexisNexis Risk Solutions, received a grant for Rapid Research (RAPID) from the National Science Foundation to develop a model of COVID-19 spread using innovative big data analytics techniques and tools. The project leverages prior experience in modeling Ebola spread to successfully model the spread of COVID-19. [19]

LexisNexis Risk Solutions Health Care announced in April 2020 the launch of a free COVID-19 Data Resource Center to provide county-level insights on at-risk populations and potential care capacity gaps to support the U.S. healthcare industry’s response to the COVID-19 pandemic. By combining its own data and analytics with those of other industry stakeholders, the company created insights to be used by healthcare organizations, public health officials and health researchers to help allocate resources to the populations with the greatest need. [20] The COVID-19 Data Resource Center features heat maps with insights that identify at-risk populations and correlated gaps in provider coverage. Each county is assigned a percentile rank on a scale of 0 (low-risk) to 100 (high-risk) across various parameters. The map is updated regularly to quickly address the care needs of the community. In June 2020, the group added national telehealth trending insights to its COVID-19 Data Resource Center to show exponential growth of telehealth adoption resulting from the COVID-19 pandemic. [21]

LexisNexis is an American corporation that sells data mining platforms through online portals, computer-assisted legal research (CALR) and information about vast swaths of consumers around the world. During the 1970s, LexisNexis began to make legal and journalistic documents more accessible electronically. As of 2006, the company had the world's largest electronic database for legal and public-records–related information.

Wolters Kluwer N.V. is an American Dutch information services company. The company is headquartered in Alphen aan den Rijn, Netherlands (Global) and Philadelphia, United States (corporate). Wolters Kluwer in its current form was founded in 1987 with a merger between Kluwer Publishers and Wolters Samsom. The company serves legal, business, tax, accounting, finance, audit, risk, compliance, and healthcare markets. It operates in over 150 countries. 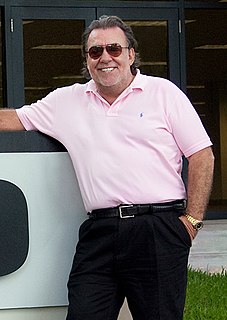 Hank Asher was a businessman best known as "the father of data fusion." With a reported fortune of around US$500 million earned as the founder of several data fusion / data mining companies that compile information about companies, individuals and their interrelationships from thousands of different electronic databases. "He's kind of a legend" among those who use investigative data tools, says Greg Lambert, a legal information specialist.

Cortera, headquartered in Boca Raton, Florida, USA, is a provider of credit information on businesses and corporations. The company provides business information with a database containing a number of private and public U.S. companies, analytics about each of those companies, and workflow software. Typical users include business analysts, sales and marketing experts and credit & collections professionals who need to research their prospects, customers, and partners. Principal customers include transportation providers, manufacturers and wholesalers, telcos, banks, and other credit and financial institutions.

Moreover Technologies is a provider of business intelligence, media monitoring and news aggregation products for enterprises, also offering free news feeds for consumers. Moreover was founded in 1998 by Nick Denton, David Galbraith, and Angus Bankes. In October 2014, Moreover was acquired by LexisNexis.

ECL is a declarative, data-centric programming language designed in 2000 to allow a team of programmers to process big data across a high performance computing cluster without the programmer being involved in many of the lower level, imperative decisions. 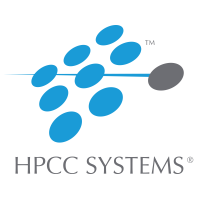 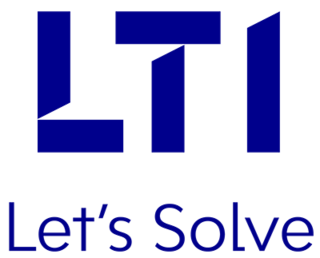 Lex Machina, Inc. is a company that provides Legal Analytics to legal professionals. It began as an IP litigation research company and is now a division of LexisNexis. The company started as a project at Stanford University within the university's law school and computer science department before launching as a startup in Menlo Park, California. Lex Machina provides an SaaS product to legal professionals to aid in their practice, research, and business.

The ADAM Automated Delivery of Alerts on Missing Children Program, commonly known as the ADAM Program, is an alert system that is used to help recover missing children throughout the United States. The National Center for Missing & Exploited Children (NCMEC) and LexisNexis® Risk Solutions partnered to develop the program, which has been operating since 2000.