Last updated March 30, 2021
This article is about the gaming expo. For the gaming website, see Eurogamer.

EGX (previously named Eurogamer Expo) is a trade fair for video games organised by Gamer Network [2] and held annually in the United Kingdom and Germany.

The first Eurogamer Expo took place at the Old Truman Brewery as part of the London Games Festival 2008 and was attended by 4,000 people. [3] [4] In 2009, the show took place at The Royal Armouries in Leeds and the Old Billingsgate Market in London at the end of October. [5] The event was held at London's Earls Court for the next five years between 2010 and 2014. [6] [7] [8] [9] [10] After the confirmation of the venue's closure, it was announced that EGX would be moving to Birmingham's National Exhibition Centre as part of a multi-year deal. [11]

In October 2013, the Eurogamer Expo was renamed to EGX London, and Rezzed was renamed EGX Rezzed. [10] The EGX London brand was discontinued in 2014, and following the move to Birmingham NEC the show has been called simply EGX.

Eurogamer is a British video game journalism website owned by Gamer Network, both formed alongside each other in 1999. Its editor is Oli Welsh.

X is an annually held trade show hosted by Microsoft, showcasing its Xbox portfolio of hardware, software, and services.

Agent is an upcoming stealth action game developed by Rockstar North and published by Rockstar Games for the PlayStation 3. The game is set to take place in a 1970s Cold War setting. Agent was teased in July 2007 and formally announced in June 2009. The trademark for the game's title was renewed in 2013 and 2017, and abandoned by November 2018.

Respawn Entertainment, LLC is an American video game development studio founded by Jason West and Vince Zampella. West and Zampella previously co-founded Infinity Ward and created the Call of Duty franchise, where they were responsible for its development until 2010. The studio created the Titanfall series, as well as the free-to-play battle royale game Apex Legends. Respawn was acquired by Electronic Arts on December 1, 2017, and developed Star Wars Jedi: Fallen Order, which was released in November 2019. The studio has developed Medal of Honor: Above and Beyond, which was released on 11 December 2020. 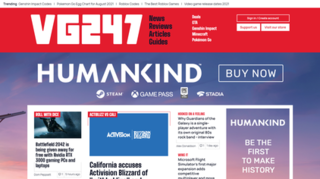 VG247 is a video game blog published in the United Kingdom, founded in February 2008 by industry veteran Patrick Garratt. In 2009, CNET blog Crave ranked it as the third best gaming blog in the world.

Supergiant Games, LLC is an American video game developer and publisher based in San Francisco. It was founded in 2009 by Amir Rao and Gavin Simon, and is known for the critically acclaimed games Bastion, Transistor, Pyre and Hades.

Tequila Works S.L. is a Spanish video game developer located in Madrid, founded in 2009 by Raúl Rubio and Luz Sancho. The company is best known for developing Deadlight and Rime. 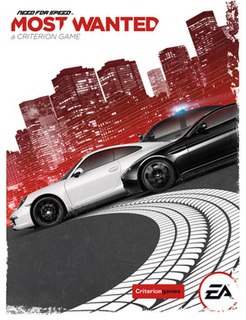 The year 2015 saw releases of numerous video games as well as a follow-up to Nintendo's portable 3DS console, the New Nintendo 3DS. Top-rated games originally released in 2015 included Metal Gear Solid V: The Phantom Pain, The Witcher 3: Wild Hunt, Bloodborne, Undertale, and Fallout 4. Sales of video games in 2015 reached $61 billion, according to analysis firm SuperData, an 8% increase from 2014. Of this, the largest sector was in computer game sales and subscription services, accounting for $32 billion. Mobile games revenues were at $25.1 billion, a 10% increase from 2014. Digital sales on consoles made up the remaining $4 billion.

Numerous video games were released in 2016. New hardware came out as well, albeit largely refreshed and updated versions of consoles in the PlayStation 4 Pro, PlayStation 4 Slim, and Xbox One S. Commercially available virtual reality headsets were released in much greater numbers and at much lower price points than the enthusiast-only virtual reality headsets of earlier generations. Augmented reality also became mainstream with Pokémon Go. Top-rated games originally released in 2016 included Uncharted 4: A Thief's End, Inside, Overwatch, Forza Horizon 3, NBA 2K17, Dark Souls III, and Battlefield 1. The top five highest-grossing video games of 2016 were League of Legends, Honor of Kings/Arena of Valor, Monster Strike, Clash of Clans, and Dungeon Fighter Online.

The British Academy Video Games Award for Performer is an award presented annually by the British Academy of Film and Television Arts (BAFTA) in honor of the best performance featured in a game "from voice artistry through to motion capture".

The International 2015 (TI5) was the fifth edition of The International, an annual Dota 2 esports championship tournament, which took place at the KeyArena in Seattle. Hosted by Valve, the game's developer, the tournament began in May with the qualifier phase and ended after the main event in August. 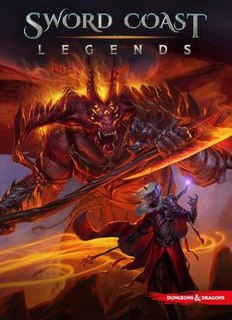 Sword Coast Legends is a 2015 action role-playing game. The game is set within the universe of Forgotten Realms, a campaign setting of Dungeons & Dragons.

NotTheNameWeWanted is a casual video game developed and published by NotGames. Parodying Grand Theft Auto V in a Snake manner, all profits gained from sales of the game are donated to the Peer Productions charity. The game was released for Microsoft Windows, iOS and Android in 2014, while ports for OS X and Linux followed in 2015. 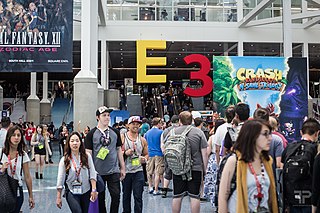 The Electronic Entertainment Expo 2017 was the 23rd Electronic Entertainment Expo, during which hardware manufacturers and software developers and publishers from the video game industry presented new and upcoming products to the attendees, primarily retailers and members of the video game press. The event, organized by the Entertainment Software Association (ESA), took place at the Los Angeles Convention Center from June 13–15, 2017. It was the first E3 to allow public access to the event, and as a result, the total attendance was about 68,400 which included 15,000 in public passes.