Arabian Travel Market a.k.a. ATM is a travel and tourism event, organized annually in Dubai to provide a platform for inbound and outbound tourism professionals in the Middle East and gives information on tourism destinations, accommodation options, tourism attractions and aviation industry [1] in the Middle East and around the world. The event is organized by Reed Exhibitions.

The event, inaugurated in 1995 and hosted at Dubai International Convention and Exhibition Centre, is aimed at industry and government decision-makers and provides industry news, products and educational content. 2,700 exhibitors from 83 countries, 68 national pavilions and about 21,000 trade visitors from 157 countries participated in the 2014 event. [2] It covered about 25,000 sq. metres of exhibition space and is widely regarded as the largest international tourism and hospitality event in the region. [3] The event has been noticed by global companies like Google, Mövenpick, both sponsors of the 2013 edition of the event, [4] Emirates, Lazio and Alitalia. [5] It has also featured on the World Tourism Organization UNWTO calendar. [6]

Due to the COVID-19 pandemic, the Arabian Travel Market's organizers announced that the 2020 exhibition, which had originally been scheduled for 19-22 April but had been moved to 28 June-1 July 2020, would be cancelled for 2020. [8]

The event recognizes the achievements in the travel and tourism industry by way of Arabian Travel Market awards, distributed annually. [15] It also offers an award, the New Frontier Award, to recognise outstanding contributions to tourism development in the face of overwhelming adversity, supporting the chosen destination by donating exhibition space at the event to the value of US$10,000. [16] [17] 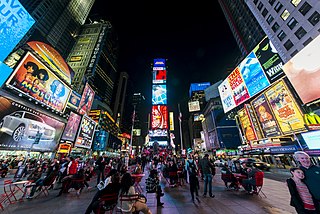 Tourism is travel for pleasure or business; also the theory and practice of touring, the business of attracting, accommodating, and entertaining tourists, and the business of operating tours. The World Tourism Organization defines tourism more generally, in terms which go "beyond the common perception of tourism as being limited to holiday activity only", as people "traveling to and staying in places outside their usual environment for not more than one consecutive year for leisure and not less than 24 hours, business and other purposes".

The economy of the United Arab Emirates is the second largest in the Middle East, with a gross domestic product (GDP) of USD 414 billion in 2018. 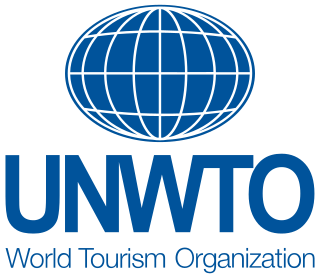 The World Tourism Organization (UNWTO) is the United Nations specialized agency responsible for the promotion of responsible, sustainable and universally accessible tourism. It is the leading international organization in the field of tourism, which promotes tourism as a driver of economic growth, inclusive development and environmental sustainability and offers leadership and support to the sector in advancing knowledge and tourism policies worldwide. It serves as a global forum for tourism policy issues and a practical source of tourism knowledge. It encourages the implementation of the Global Code of Ethics for Tourism to maximize the contribution of tourism to socio-economic development, while minimizing its possible negative impacts, and is committed to promoting tourism as an instrument in achieving the United Nations Sustainable Development Goals (SDGs), geared towards eliminating poverty and fostering sustainable development and peace worldwide.

Business tourism or business travel is a more limited and focused subset of regular tourism. During business tourism (traveling), individuals are still working and being paid, but are doing so away from both their workplace and home.

Tourism in Dubai is a part of the Dubai government's strategy to maintain the flow of foreign cash into the emirates. In May 2013, the government of Dubai launched the Dubai Tourism Strategy 2020, with the key objective to attract 20 million visitors a year by 2020 and making Dubai a first choice destination for international leisure travellers as well as business travellers. In 2018, the strategy was expanded by setting new goals of attracting 21-23 million visitors in 2022 and 23-25 million visitors by 2025. 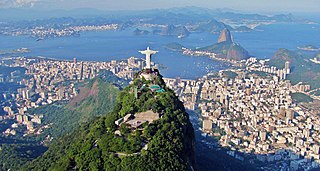 Tourism in Brazil is a growing sector and key to the economy of several regions of Brazil. The country had 6.589 million visitors in 2018, ranking in terms of the international tourist arrivals as the second main destination in South America after Argentina and third in Latin America after Mexico and Argentina. Revenues from international tourists reached US$5.8 billion in 2015, continuing a recovery trend from the 2008-2009 economic crisis.

Tourism in Cyprus occupies a dominant position in the economy. Moreover, it significantly impacts Cyprus culture and its multinational/multicultural development throughout the decades. In 2006, the tourism industry contributed 10.7% of the GDP which in real terms it generated a total of US$5,445.0 mn. In the same year, the total employment was estimated at 113,000 jobs. With almost 4 million tourist arrivals per year, it is the 40th most popular destination in the world. However, per capita of local population it ranks 6th. Cyprus has been a full member of the World Tourism Organization since 1975.

Saudi Arabia is the second biggest tourist destination in the Middle East with over 16 million visiting in 2017. Although most tourism in Saudi Arabia still largely involves religious pilgrimages, there is growth in the leisure tourism sector. As the tourism sector has been largely boosted lately, the sector is expected to be the white oil for Saudi Arabia. This is proved as tourism sector is expected to generate $25 billion in 2019. Potential tourist areas include the Hijaz and Sarawat Mountains, Red Sea diving and a number of ancient ruins.

The International Congress and Convention Association (ICCA) was founded in 1963 by a group of travel agents to exchange information on international congresses and conventions.

Wego, formerly known as Bezurk,) is a Singaporean travel metasearch engine based in Singapore. It operates 52 country sites (CcTLD) in over 20 languages and local currencies. Wego displays travel rate results in real time from over 700 travel sites, so users can shop and compare flight and hotel prices available online.

Halal tourism is a subcategory of tourism which is geared towards Muslim families who abide by rules of Islam. The hotels in such destinations do not serve alcohol and have separate swimming pools and spa facilities for men and women. Malaysia, Turkey and many more countries are trying to attract Muslim tourists from all over the world offering facilities in accordance with the religious beliefs of Muslim tourists. Currently, there exists no internationally recognized standards on Halal tourism.

dnata Travel is the biggest provider of travel services and products for retail and business customers for the Middle Eastern market. The company is based in Dubai. It is a business segment of dnata, and as such, part of The Emirates Group. It has an annual turnover rate of $500 million.

International tourism advertising is tourism-related marketing on the part of a private or public entity directed towards audiences abroad, and might target potential travelers and non-travelers alike. Wholly private firms such as travel agencies, hotel chains, cruise agencies, non-governmental organizations (NGOs) often run their own advertising campaigns to market their existence, mission, or services and/or goods offered to the consumer, and these advertisements seldom carry intentional political messages.

The Dubai Textile Souk is a traditional souq (market) of textile products located in Dubai's historic Bur Dubai neighbourhood, along the Dubai Creek. It is located in the United Arab Emirates. Opposite to the textile souk on the other side of the Dubai Creek lie the Dubai Spice Souk and Dubai Gold Souk in Deira, accessible via the creek by special abra boats. It is open 10Am to 10PM Saturday to Thursday with some vendors taking a lunch break from 1-4pm and Friday is 4PM to 10Pm only The souks of Dubai have a rich history of trade within the Persian Gulf region and have developed overtime as Dubai urbanised rapidly. 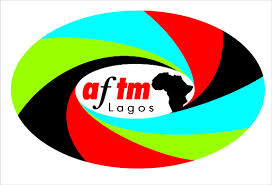 Akwaaba African Travel Market (AFTM) is an international travel, tourism and hospitality event organized annually in Lagos, Nigeria aimed at businesses, investors, governments decision - makers and buyers in the industry, providing business opportunities, industry news and showcasing products in Africa and around the world. It serves as a platform to trade and network. Akwaaba African Travel Market is the first travel market in West Africa.

The International LGBTQ+ Travel Association, is an association of tourism businesses that welcome the LGBTQ+ community. As of 2016, the association had member businesses in about 80 countries.

Tourism in the United Arab Emirates is an important component of the Emirati economy, and consists of domestic and international components. In 2018, tourist industry composed over 164.7 billion dirham to country’s GDP.