Last updated April 12, 2019
Resort centered on a spa
This article is about the health resort. For other uses, see Spa (disambiguation).

A destination spa is a resort centered on a spa, such as a mineral spa. Historically many such spas were developed at the location of natural hot springs or mineral springs; in the era before modern biochemical knowledge and pharmacotherapy, "taking the waters" was often believed to have great medicinal powers. Even without such mystic powers, however, the stress relief and health education of spas also often has some degree of positive effect on health. Typically over a seven-day stay, such facilities provide a comprehensive program that includes spa services, physical fitness activities, wellness education, healthy cuisine, and special interest programming.

A resort is a self-contained commercial establishment that tries to provide most of a vacationer's wants, such as food, drink, lodging, sports, entertainment, and shopping, on the premises. The term resort may be used for a hotel property that provides an array of amenities, typically including entertainment and recreational activities. A hotel is frequently a central feature of a resort, such as the Grand Hotel at Mackinac Island, Michigan. Some resorts are also condominium complexes that are timeshares or owed fractionally or wholly owned condominium. A resort is not always a commercial establishment operated by a single company, but in the late 20th century, that sort of facility became more common.

A spa is a location where mineral-rich spring water is used to give medicinal baths. Spa towns or spa resorts typically offer various health treatments, which are also known as balneotherapy. The belief in the curative powers of mineral waters goes back to prehistoric times. Such practices have been popular worldwide, but are especially widespread in Europe and Japan. Day spas are also quite popular, and offer various personal care treatments.

Some destination spas offer an all-inclusive program that includes facilitated fitness classes, healthy cuisine, educational classes and seminars as well as similar services to a beauty salon or a day spa. Guests reside and participate in the program at a destination spa instead of just visiting for a treatment or pure vacation. Some destination spas are in exotic locations or in spa towns. 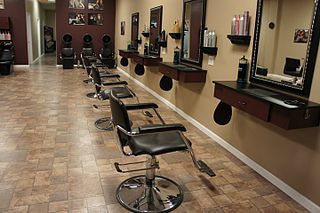 A beauty salon or beauty parlor, or sometimes beauty shop, is an establishment dealing with cosmetic treatments for men and women. Other variations of this type of business include hair salons and spas.

A day spa is a business that provides a variety of services for the purpose of improving health, beauty and relaxation through personal care treatments such as hair, massages and facials. A day spa is different from a beauty salon in that it contains facilities such as a sauna, pool, steam room, or whirlpool that guests may use in addition to their treatment. A day spa is different from a destination spa as no overnight accommodation is provided. In contrast, a destination spa offers similar services integrated into packages which include diet, exercise programs, instruction on wellness, life coaching, yoga, Tai Chi and accommodations where participants reside for the duration of their stay. A resort-spa may also function as a day spa, if they allow access to patrons who are not guests of the hotel. 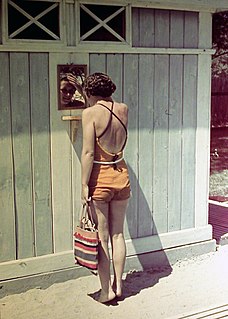 A spa town is a resort town based on a mineral spa. Patrons visit spas to "take the waters" for their purported health benefits. The word spa is derived from the name of Spa, a town in Belgium.

Destination spas have been in use for a considerable time, and some are no longer used but preserved as elements of earlier history; for example, Gilroy Yamato Hot Springs in California is such a historically used spa whose peak patronage occurred in the late 19th and early 20th century.

Gilroy Yamato Hot Springs, a California Historical Landmark and on the list of National Register of Historical Places, is a property near Gilroy, California famed for its mineral hot springs and historic development by early settlers and Japanese immigrants. The earliest extant Italianate–Victorian style structures date from the 1870s, and the earliest bathhouse dates from 1890. Other early structures are a Buddhist shrine from 1939 and a Japanese garden teahouse from that same year. The property is also listed on the National Register of Historic Places. The hot spring's temperature ranges from 99° to 111 °F. These springs are the site of occurrence of certain extremophile micro-organisms, that are capable of surviving in extremely hot environments.

Resort spas are generally located in resorts and offer similar services via rooms with services, meals, body treatments and fitness a la carte. 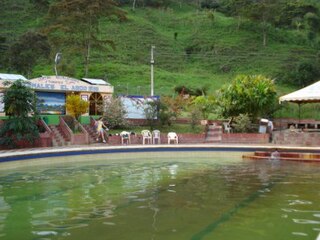 Balneotherapy is the presumed benefit from disease by bathing, a traditional medicine technique usually practiced at spas. While it is considered distinct from hydrotherapy, there are some overlaps in practice and in underlying principles. Balneotherapy may involve hot or cold water, massage through moving water, relaxation, or stimulation. Many mineral waters at spas are rich in particular minerals such as silica, sulfur, selenium, and radium. Medicinal clays are also widely used, a practice known as 'fangotherapy'.

Aromatherapy uses plant materials and aromatic plant oils, including essential oils, and other aroma compounds, with claims for improving psychological or physical well-being. It is offered as a complementary therapy or as a form of alternative medicine, the first meaning alongside standard treatments, the second instead of conventional, evidence-based treatments.

Cooking or cookery is the art, technology, science and craft of preparing food for consumption. Cooking techniques and ingredients vary widely across the world, from grilling food over an open fire to using electric stoves, to baking in various types of ovens, reflecting unique environmental, economic, and cultural traditions and trends. The ways or types of cooking also depend on the skill and type of training an individual cook has. Cooking is done both by people in their own dwellings and by professional cooks and chefs in restaurants and other food establishments. Cooking can also occur through chemical reactions without the presence of heat, such as in ceviche, a traditional South American dish where fish is cooked with the acids in lemon or lime juice. 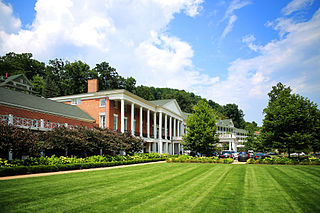 Omni Bedford Springs Resort is a resort hotel outside of Bedford, Pennsylvania. Established in 1806, it is one of last and best-preserved of 19th-century resort hotels based around mineral springs. The hotel was documented in 2005 by the Historic American Buildings Survey (HABS). Omni Bedford Springs Resort & Spa is a member of Historic Hotels of America, the official program of the National Trust for Historic Preservation. The resort is part of the Omni Hotels & Resorts brand, based out of Dallas, Texas. A portion of the resort property, including the hotel, golf course, and spring areas, was designated a National Historic Landmark District in 1984. 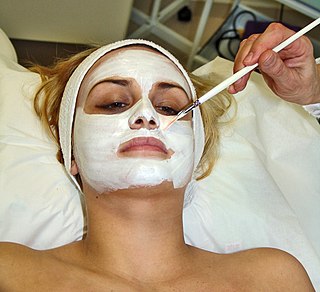 A facial is a family of skin care treatments for the face, including steam, exfoliation, extraction, creams, lotions, facial masks, peels, and massage. They are normally performed in beauty salons, but are also a common spa treatment. They are used for general skin health as well as for specific skin conditions. Types of facials include European facial, LED light therapy facials, and mini-facials. 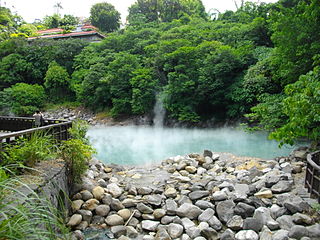 Hair care is an overall term for hygiene and cosmetology involving the hair which grows from the human scalp, and to a lesser extent facial, pubic and other body hair. Hair care routines differ according to an individual's culture and the physical characteristics of one's hair. Hair may be colored, trimmed, shaved, plucked or otherwise removed with treatments such as waxing, sugaring and threading. Hair care services are offered in salons, barbershops and day spas, and products are available commercially for home use. Laser hair removal and electrolysis are also available, though these are provided by licensed professionals in medical offices or speciality spas. 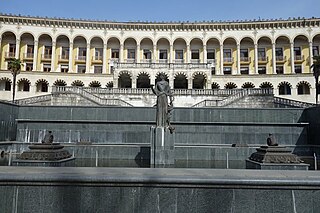 Tskaltubo is located in the central part of west Georgia, in the lowland, at the foot of the Southern Caucasus, 98 meters above the sea-level, in the valley of the river Tskaltubo. It is in 9 km distance from Kutaisi and 240km from Tbilisi.The climate in Tskaltubo is warm and moderately mild. Average annual temperature +150C; average annual precipitation 76%. Winters here are warm and mild. The “Waters of Immortality” in Tskaltubo were probably known already in the 7th-9th centuries, when the oldest historical records are dated. Since the 18th century several foreign researchers gave word of the healing properties of these springs:Berlin Society of Friends of Natural Science (1782); J.Klaproth (1815); A. Jolenberg (1897). By 1920, after chemical analysis had revealed the uniqueness of the water, Tskaltubo was officially declared a medical spa resort and achieve the status of city in 1953.

Sandestin Golf and Beach Resort is a 2,400-acre (9.7 km2) destination resort in Miramar Beach, Florida, on Northwest Florida's Gulf Coast. The resort is located between the Gulf of Mexico and the Choctawhatchee Bay.

The Omni Homestead Resort is a luxury resort in Hot Springs, Virginia, in the middle of the Allegheny Mountains. The area has the largest hot springs in the state, and the resort is also known for its championship golf courses, which have hosted several national tournaments. The resort also includes an alpine ski resort; founded in 1959, it is the oldest in Virginia. The resort has been designated a National Historic Landmark; it has a history extending more than two and a half centuries. The Omni Homestead Resort is a member of Historic Hotel of America the official program of the National Trust for Historic Preservation.

A dental spa is a dental facility supervised by a licensed Oral Health Care Provider in which dental services are provided alongside spa treatments. 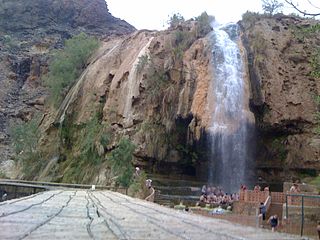 The Ma'in Hot Springs are a series of hot mineral springs and waterfalls located between Madaba and the Dead Sea in Madaba Governorate, Jordan. 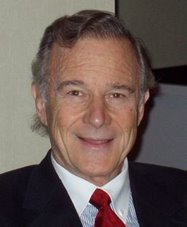 Canyon Ranch is a luxury wellness lifestyle brand that operates two destination health spa resorts and one retreat property in the United States. Canyon Ranch resorts are located in Tucson, Arizona, and Lenox, Massachusetts; its retreat property is located in Woodside, California. Canyon Ranch also operates Spa + Fitness locations with primarily day spa facilities. These are located at The Venetian and the Palazzo hotels in Las Vegas, and on cruise lines including Cunard Line, Regent Seven Seas, Oceania and Celebrity.

Wellness tourism is travel for the purpose of promoting health and well-being through physical, psychological, or spiritual activities. While wellness tourism is often correlated with medical tourism because health interests motivate the traveler, wellness tourists are proactive in seeking to improve or maintain health and quality of life, often focusing on prevention, while medical tourists generally travel reactively to receive treatment for a diagnosed disease or condition.