This is a list of English words that may be of Etruscan origin, and were borrowed through Latin, often via French. The Etruscan origin of most of these words is disputed, and some may be of Indo-European or other origin. The question is made more complex by the fact that the Etruscans borrowed many Greek words in modified form. Typically if a Latin word has an unknown, uncertain or disputed origin, it is considered a possible candidate for deriving in whole or in part from an Etruscan word; however, native Etruscan must then be distinguished from Greek. If no Etruscan word is clearly identifiable sometimes an attempt is made to reconstruct one. Etruscan derivations therefore are highly variable in probability; that is, some are highly speculative and others more likely.

ace
from Middle English aas, from Old French as, from Latin as, "a whole, a unit, copper coin", possibly Etruscan. As was a Roman coin and was also a unit of weight equal to about one troy pound. [1]
antenna
from antenna < antemna, "yard-arm, sail." Possibly Etruscan *antithemna > *ant(th)emna from Greek ανάτηθήμένος anatithēmenos, something set up. [2]
arena
from arēna "arena" < harēna, "arena, sand" < archaic hasēna < Sabine fasēna, unknown Etruscan word as the basis for fas- with Etruscan ending -ēna. [3]
autumn
from autumnus "autumn." Just as Etruscan veltha, an earth god, appears as Latin Vola or Olta and is in Voltumna and Vertumnus, so the parallel construction autumnus ought to come from Etruscan autu-, related to avil, "year": *av(i)-to-m(e)nos, with loss of the l. There are some names with both l and t: avlethaium, authnal, avtle, and so on, which appear related to autu or auta in Venetic, the idea being that autumn signifies the passing of the year. [4]
belt
from balteus, "sword belt." The sole connection between this word and Etruscan is a statement by Marcus Terentius Varro that it was of Etruscan origin. All else is speculation. [5]
catamite
Latin, from Etruscan catmite, from the Ancient Greek Ganymede , cupbearer to Zeus.
ceremony
possibly Etruscan or possibly referring to Etruscan rites performed at Caere. [6]
defenestration, fenestra
element
from elementum, 'letter'.
histrionic
from histrionicus, from histrio, "actor".
letter
from Old French lettre, from Latin littera, which may have derived, via Etruscan, from the Greek "διφθέρα" (writing tablet).
mantissa
market
military
Etruscan or perhaps related to Greek homilos, "assembled crowd" (compare homily). [7]
mundane
from mundus, 'earth', from munth, 'land'.
mutule
palace, palate, palatine
One of the seven hills of Rome. Either from Latin palus "stake" or the Etruscan shepherd goddess Pales . [8]
people
From Latin populus by way of Old French peuple, possibly of Etruscan origin. [9]
person
from Middle English persone, from Old French persone, from Latin persona, "mask", probably from Etruscan phersu, "mask". [10]
Rome
from 'Ruma', the name of one of the Etruscan tribes, or 'Rumon', which was what the Etruscans called the Tiber River, possibly of Etruscan origin
satellite
from Latin satelles, meaning "bodyguard, attendant", perhaps from Etruscan satnal. [11]
scurrilous
Serge (first name)
serve
the word serve derives from Latin servire ('to serve') and servus ('a slave'), which have sometimes been thought to derive from Etruscan. [12] However, a detailed analysis has preferred an Indo-European etymology for the Latin word. [13]
spurious
triumph
From Old Latin triumpus, probably a loan word via Etruscan from Greek thriambos, a hymn to Dionysus. [14]
vernacular
from vernaculus, 'domestic', from verna, 'a native slave'.
viburnum 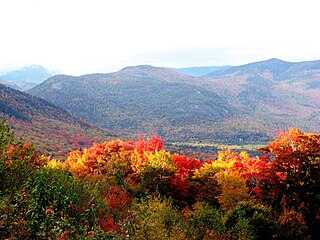 Autumn, also known as fall in North American English, is one of the four temperate seasons. Outside the tropics, autumn marks the transition from summer to winter, in September or March, when the duration of daylight becomes noticeably shorter and the temperature cools considerably. Day length decreases and night length increases as the season progresses, until the Winter Solstice in December and June. One of its main features in temperate climates is the shedding of leaves from deciduous trees.

The palate is the roof of the mouth in humans and other mammals. It separates the oral cavity from the nasal cavity. A similar structure is found in crocodilians, but in most other tetrapods, the oral and nasal cavities are not truly separated. The palate is divided into two parts, the anterior, bony hard palate and the posterior, fleshy soft palate.

C or c is the third letter in the English and ISO basic Latin alphabets. Its name in English is cee, plural cees.

Gammon is the hind leg of pork after it has been cured by dry-salting or brining, which may or may not be smoked. Like bacon, it must be cooked before it can be eaten; in that sense gammon is comparable to fresh pork meat, and different from dry-cured ham like prosciutto. The term is mostly used in Britain, while other dialects of English largely make no distinction between gammon and ham.

The Slavic ethnonym, Slavs, is reconstructed in Proto-Slavic as *Slověninъ, plural Slověně. The earliest written references to the Slav ethnonym are in other languages.

Most words of African origin used in English are nouns describing animals, plants, or cultural practices that have their origins in Africa. The following list includes some examples.