The following is a list of schools in Southern Province, Sri Lanka.

Panadura is a city in Kalutara District, Western Province in Sri Lanka. It is located approximately 27 km south of the capital Colombo and is surrounded on all sides by water; the Indian ocean, the Bolgoda lake and river. Panadura is famed as the revival town of Buddhism.

Beliatta is a town located in the Hambantota District of Sri Lanka. It is inland town, approximately, 7 km (4.3 mi) from the coastal town of Tangalle. Beliatta has the second highest mountain range located in the Beliatta Divisional Secretariat area on the boundary of Hambantota & Matara districts. The mountain peaks at about 239 m (784 ft) high. Beliatta town is fed by fountain water originating from Rilagala mountain range. 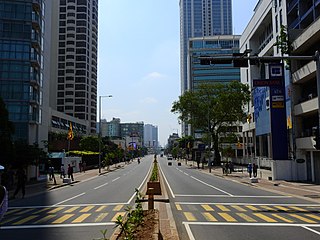 The A 2 is an A-Grade road in Sri Lanka. It connects Colombo and Wellawaya via Kalutara, Galle, Matara and Hambantota.

Imaduwa is a suburb of Galle city. It is located approximately 21 km away from the Galle city within Galle District of the Southern Province. It is situated on the boundary of Galle district and Matara District. It is a major centre which connects Matara District with Galle district. It is a major suburb on the A17 highway,after the Galle city.It is a major centre on the road for the vehicles and long distance buses run on the route. And also it is a four-way junction on the road. It connects Makumbura-Yakkalamulla-Imaduwa road and Dikkumbura(Ahangama)-Imaduwa road with the A17 highway which runs between Galle and Madampe.

Yakkalamulla is a suburb of Galle city. It is located approximately seventeen(17) kilometres from the city centre of Galle, adjacent to Makumbura on the West, Polpagoda(Imaduwa) on the South, Yakkalamulla-Akuressa road via Bangama on the East and Nabadawa on the North. It is a 3-way junction which connects Yakkalamulla-Makumbura Road, Yakkalamulla-Imaduwa Road and Yakklamulla-Ketanwila(Akuressa) Road. 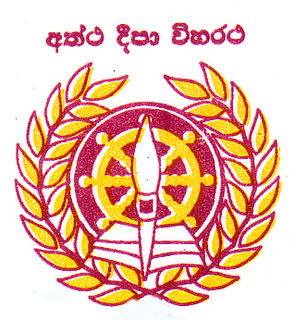 Upananda College Galle, Walahanduwa is a government Buddhist school in Galle Southern Provence, Sri Lanka. The college was established by Hon. Bataduwe Rathanajothi Thero as a second happiness of Upananda College pinnaduwa village in akmeemana, Galle on 16 January 1910. It has Grade 1 to 13 both Primary school and secondary school.