Laurence Andrew "Lol" Tolhurst (born 3 February 1959) is a founding member and the former drummer and keyboardist of English band The Cure. He left the Cure in 1989 and was later involved in the band Presence and his current project, Levinhurst. In 2011, he was temporarily reunited with the Cure for a number of shows playing the band's earlier work.

Tolhurst was born in Horley, in the county of Surrey, England, the fifth of six children of William and Daphne Tolhurst; he has three brothers (Roger, Nigel and John) and two sisters (Jane and Barbara). Tolhurst was five years old when he first met Robert Smith at St. Francis Primary and Junior Schools, and thus began a friendship that culminated in the formation of The Cure.

Tolhurst was one of the co-founders of English rock band The Cure, and was the band's drummer from 1976, playing on the albums Three Imaginary Boys , Seventeen Seconds , Faith and Pornography . After the Pornography tour in 1982, he became the band's keyboardist. In late 1989 during the recording of the Cure's eighth studio long-player, entitled Disintegration , Tolhurst was asked to leave the band by Robert Smith due to alcohol and narcotic use adversely affecting his professional reliability. Despite receiving a credit for "other instrument" on Disintegration, the other members of the band have said that Tolhurst did not play on the album.

Following his departure from the Cure, Tolhurst and Gary Biddles—who previously worked with Simon Gallup in Fools Dance—formed the short-lived band Presence, which only released one full-length album at the time called Inside in 1993. He said several years later that he had recorded a second album with this band, but the album, entitled Closer , would not be released until 2014, a year after Biddles' death. In 1991, Tolhurst's first son was born in London, poet and musician Gray Andrew Tolhurst. In 1994, Tolhurst sued Robert Smith and Fiction Records over royalty payments, also claiming joint ownership, with Smith, of the name The Cure. He eventually lost after a long legal battle. [2] He has worked as a producer for the debut album of And Also the Trees.

In the early 2000s, Tolhurst and his second wife, Cindy Levinson, formed a band called Levinhurst. A few months before the release of their debut album, Tolhurst said in an interview that he had reconciled with Robert Smith and that the two were friends again. [3] Shortly afterward, Levinhurst released their debut album, Perfect Life , in 2004. Since then, they have released an EP called The Grey featuring a cover of The Cure's "All Cats are Grey"—for which he claimed credit for writing the lyrics [4] —and two other songs. Their second album, House by the Sea , was released in April 2007. Their third album, called Blue Star and featuring original Cure bassist Michael Dempsey, was released in the U.S. in June 2009 and worldwide in February 2010. Tolhurst also composed music for the film 9,000 Needles, a documentary that won Best Documentary at the 2010 Phoenix Film Festival. The second part of the European tour, "Blue Star Over Europe", occurred in October 2010, followed by a South and North American tour in early 2011.

In 2010, The Guardian published an article with a headline reading "The Cure's original drummer asks to rejoin band." [5] However, Tolhurst called the article "a little misleading", saying:

I have not asked RS to rejoin the Cure! I have my thing, he has his. I just thought it might be fun to play the old songs together again especially as Michael and I had a great time playing the TIB songs this March in Europe. [6]

In 2011, it was announced that Tolhurst would return to performing with the Cure for the first time in 22 years when the band performed their first three albums—Three Imaginary Boys, Seventeen Seconds and Faith in their entirety at the Sydney Opera House in Australia. Tolhurst then performed with the Cure for seven more shows in London, New York and Los Angeles later that same year. [7]

Tolhurst published his memoir in 2016, Cured: The Tale of Two Imaginary Boys. [8] He tells of his time with the band between 1976 and 1989. Tolhurst, who has known Robert Smith since his childhood, says the band were like his family. [9] [7] Tolhurst undertook an extensive book tour, beginning in the United Kingdom and finishing in the U.S.

In 2018, Tolhurst featured in an episode of the BBC Radio 4 series Soul Music, in which he discussed the history of the song "Boys Don't Cry". [10]

Shortly after leaving the Cure in 1989, Lol Tolhurst met Cindy Levinson in Hollywood where Levinson was working as a hairdresser. [11]

Levinson and Tolhurst were married and in 2002, they formed the band Levinhurst. The couple live in California and have one child. [7] 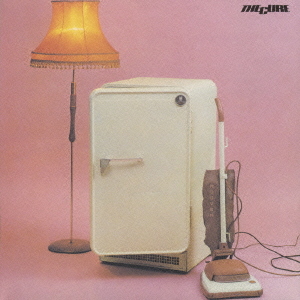 Three Imaginary Boys is the debut studio album by English rock band the Cure, released on 8 May 1979 by Fiction Records. It was later released in the United States, Canada, and Australia with a different track listing as a compilation album titled Boys Don't Cry. 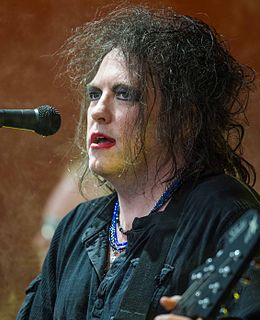 Robert James Smith is an English singer, songwriter, musician, and record producer. He is the only continuous member of the rock band The Cure, which he co-founded in 1976. He was also the lead guitarist for the band Siouxsie and the Banshees from 1982 to 1984, and was part of the short-lived group The Glove in 1983. 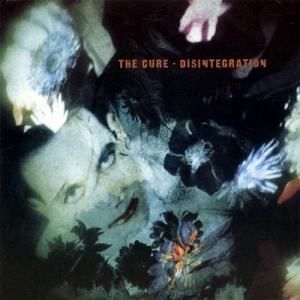 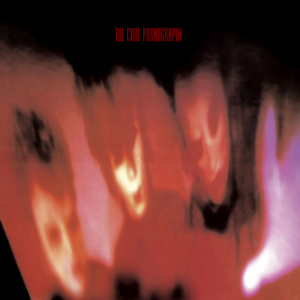 Pornography is the fourth studio album by English rock band The Cure, released on 4 May 1982 by Fiction Records. Preceded by the non-album single "Charlotte Sometimes", it was the band's first album with new producer Phil Thornalley, and was recorded at RAK Studios from January to April 1982. The sessions saw the band on the brink of collapse, with heavy drug use, band in-fighting, and frontman Robert Smith's depression fueling the album's musical and lyrical content. Pornography represents the conclusion of the Cure's early dark, gloomy musical phase, which began with their second album Seventeen Seconds (1980). 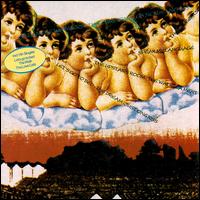 Japanese Whispers is the third compilation album by British group the Cure. It was released in late 1983 by Fiction Records. 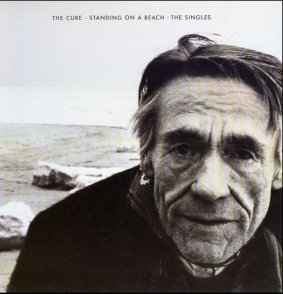 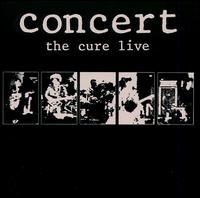 Concert: The Cure Live is the first live album by English rock band the Cure. It was recorded in 1984 at the Hammersmith Odeon in London and in Oxford. The cassette tape edition featured, on the B-side, a twin album of anomalies, titled Curiosity : Cure Anomalies 1977–1984. 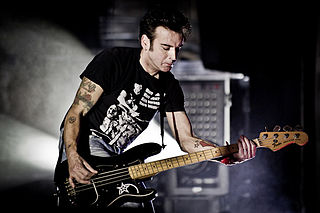 Simon Jonathon Gallup is an English musician and bassist of the alternative rock band The Cure.

Pearl Thompson is an English musician and artist best known for being the former guitarist of The Cure.

Michael Stephen Dempsey is an English musician and composer, who has played bass as a member of several post-punk and new wave bands, including the Cure and the Associates. 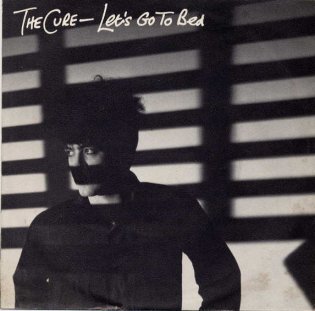 "Let's Go to Bed" is a song by English rock band the Cure, released as a stand-alone single by Fiction Records in November 1982. In the aftermath of the dark Pornography, Robert Smith returned from a month-long detox in the Lake District to write the song, the antithesis to what the Cure currently represented. It was later included on the album Japanese Whispers.

"The Walk" is a song by English rock band The Cure, released as a stand-alone single in July 1983. It later appeared on the compilation album Japanese Whispers. It was recorded when the band was briefly reduced to the two founding members Robert Smith and Lol Tolhurst following the departure of bassist Simon Gallup following the end of the band's previous tour in support of the album Pornography. in May 1982. According to Lol Tolhurst, they chose producer Steve Nye at the time due to his work on the album Tin Drum by Japan. Tolhurst later commented: "It was the first time we had worked with a 'proper' producer, as opposed to doing production with an engineer that we really liked. […] He was able to make electronic instruments sound more natural, and that's what we wanted." 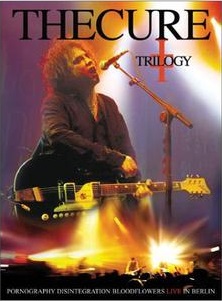 Presence were a British rock band started by Gary Biddles, Lol Tolhurst, and Michael Dempsey. Dempsey and Tolhurst were founding members of The Cure, and Biddles was a former Cure roadie who previously played in Fools Dance with Simon Gallup.

Levinhurst is an independent music band formed by British musician Lol Tolhurst, a founding member of The Cure, and his wife Cindy Levinson. Levinson provides vocals while Tolhurst writes the majority of the tracks, musically and lyrically, and programmes the drums and keyboards. To date, Levinhurst have released three studio albums - Perfect Life (2004); House by the Sea (2007); and Blue Star (2009) - and two extended plays - The Grey (2006) and Somewhere, Nothing Is Everything (2014). The Grey includes a cover of The Cure song "All Cats Are Grey", a song for which Tolhurst claims to have written the lyrics.

The Cure: "Reflections" refers to a set of shows in which The Cure played their first three albums Three Imaginary Boys, Seventeen Seconds and Faith in full at the VividLive festival at the Sydney Opera House on 31 May and 1 June 2011. All three albums were played in their entirety on both nights, along with several other tracks from the same era.

In April 1984, The Cure embark on the Top World Tour following the success of The Caterpillar. Smith, Tolhurst and Anderson bring Phil Thornalley and Porl Thompson on board during the tour. In January to February 1984, The Cure featuring Norman Fisher-Jones (bassist) performed at two venues prior to the release of the album or single.