The massif consists of smaller mountain chains including Mont Thabor as well as those of the Grand Galibier, Mont Chaberton and the Rois Mages. It is bordered by the massif de la Vanoise to the north, the massif du Mont-Cenis to the north-east, the Alpes Cottiennes to the east, the massif du Queyras and Écrins to the south and the massif d'Arvan-Villards to the west.

The northernmost end of the range is bordered by the Arc river to the north in the Maurienne valley, and the Guisane river to the south. 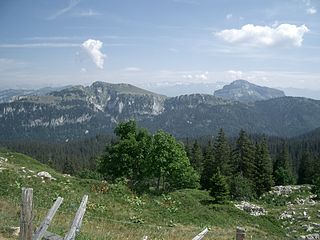 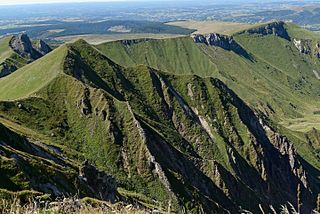 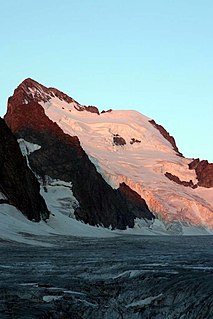 The mountains of the Massif des Écrins form the core of the Écrins National Park in France. 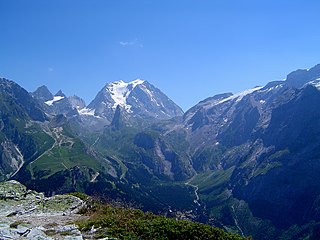 Mont Chaberton is a 3,131 metres (10,272 ft) peak in the French Alps in the group known as the Massif des Cerces in the département of Hautes-Alpes. 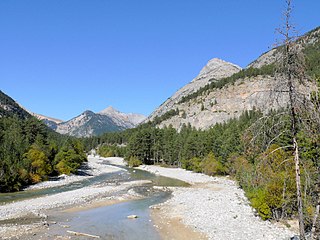 The Fortified Sector of the Dauphiné was the French military organization that in 1940 controlled the section of the Alpine Line portion of the Maginot Line facing Italy in the vicinity of Briançon. By comparison with the integrated defenses of the main Maginot Line, or even of the Fortified Sector of the Maritime Alps to the south, the Dauphiné sector consisted of a series of distinct territories that covered two main invasion routes into France: the route from Turin over the Col de Montgenèvre to Briançon and Grenoble, and the route from Coni over the Col de Larche to Barcelonette and Gap. The sector was the scene of probing attacks by Italian forces during the Italian invasion of France in 1940, in which the French defenses successfully resisted Italian advances until the June 1940 armistice that granted Italy access to southeastern France.

The Grand Veymont, a mountain in the district of Gresse-en-Vercors, part of the department of Isère, France, is the highest point of the Massif du Vercors, but not the highest of the Vercors Regional Natural Park. It has a prominence of 1165 metres and an isolation of 26.88 kilometres.

Grand Galibier is a mountain of the Cottian Alps in Savoie, France. 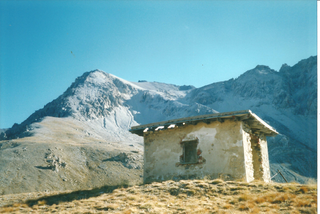