Proceedings of the Chemical Society

Chemical Society Reviews is a biweekly peer-reviewed scientific journal published by the Royal Society of Chemistry, for review articles on topics of current interest in chemistry. Its predecessors were Quarterly Reviews, Chemical Society (1947–1971) and Royal Institute of Chemistry, Reviews (1968–1971); it maintained its current title since 1971. According to the Journal Citation Reports, the journal has a 2017 impact factor of 40.182, ranking it second out of 155 journals in the category "Chemistry, Multidisciplinary". The current editor-in-chief is Douglas Stephan. 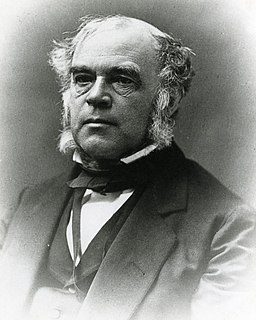 John William Draper was an English-born American scientist, philosopher, physician, chemist, historian and photographer. He is credited with producing the first clear photograph of a female face (1839–40) and the first detailed photograph of the moon in 1840. He was also the first president of the American Chemical Society (1876–77) and a founder of the New York University School of Medicine. One of Draper's books, the History of the Conflict between Religion and Science, popularised the conflict thesis proposing intrinsic hostility in the relationship between religion and science. It was widely read and was translated into several languages. His son, Henry Draper, and his granddaughter, Antonia Maury, were astronomers, her younger sister, Carlotta Maury, was a paleontologist, his eldest son, John Christopher Draper, was a chemist, and son Daniel Draper, was a meteorologist. 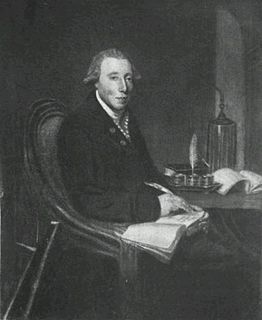 Richard Kirwan, LL.D, FRS, FRSE MRIA was an Irish geologist and chemist. He was one of the last supporters of the theory of phlogiston. 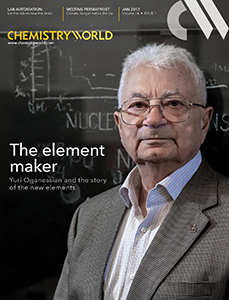 Chemistry World is a monthly chemistry news magazine published by the Royal Society of Chemistry. The magazine addresses current events in world of chemistry including research, international business news and government policy as it affects the chemical science community, plus the best product applications. It features regular columns by Philip Ball, Derek Lowe, Andrea Sella, Raychelle Burks and Mark Peplow. The magazine is sent to all members of the Royal Society of Chemistry and is included in the cost of membership. In August 2016, the magazine began offering a "soft" paywall option, where a limited amount of content is made available free to all unregistered readers.

The Society of Chemical Industry (SCI) is a learned society set up in 1881 "to further the application of chemistry and related sciences for the public benefit". Its purpose is "Promoting the commercial application of science for the benefit of society" and provides an international forum where science meets business on independent, impartial ground. Since being founded in 1881, the society has expanded and diversified to cover a range of interest areas, such as food and agriculture, pharmaceuticals, biotechnology, environmental science and safety. 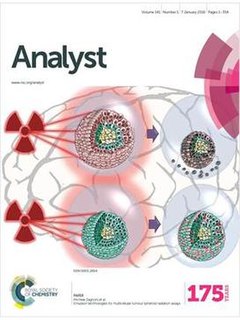 Analyst is a biweekly peer-reviewed scientific journal covering all aspects of analytical chemistry, bioanalysis, and detection science. It is published by the Royal Society of Chemistry and the editor-in-chief is Duncan Graham. The journal was established in 1876 by the Society for Analytical Chemistry as The Analyst and obtained its current name in 2009.

Joseph Chatt, CBE FRS was a renowned British researcher in the area of inorganic and organometallic chemistry. His name is associated with the description of the pi-bond between transition metals and alkenes, the Dewar–Chatt–Duncanson model.

George Samuel Newth (1851–1936) was an English chemist, best known for a series of popular chemistry books.

Eric R. Scerri is a chemist, writer and philosopher of science, of Maltese origin. He is a lecturer at the University of California, Los Angeles; and the founder and editor-in-chief of Foundations of Chemistry, an international peer reviewed journal covering the history and philosophy of chemistry, and chemical education.