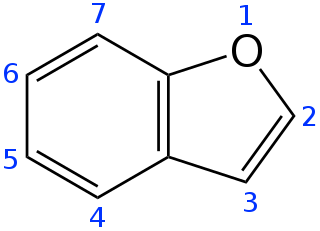 Benzofuran is the heterocyclic compound consisting of fused benzene and furan rings. This colourless liquid is a component of coal tar. Benzofuran is the "parent" of many related compounds with more complex structures. For example, psoralen is a benzofuran derivative that occurs in several plants. 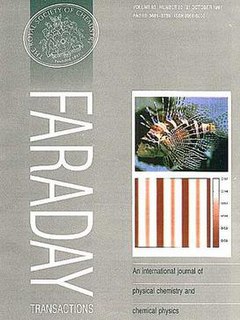 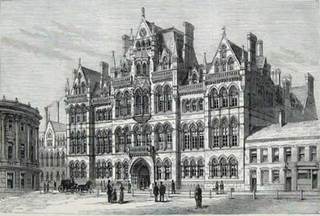 Natural Product Reports is a monthly peer-reviewed scientific journal published by the Royal Society of Chemistry. It publishes reviews commissioned by the editorial board on all areas of natural products research. The Executive Editor is Richard Kelly. 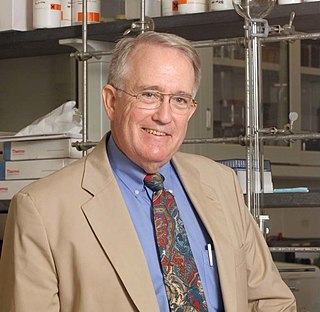 Amos B. Smith III is an American chemist. 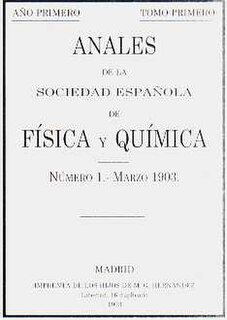 The Danish Chemical Society was founded in 1879. The nonprofit organization aims to advance the chemical sciences in Denmark.

Ganugapati Sree Rama Subba Rao is an Indian natural product chemist and a former chair of the department of sciences at the Indian Institute of Science (IISc). He is known for his researches on dihydroaromatics obtained through Birch reduction of aromatic compounds and is an elected fellow of the Indian National Science Academy, and the Indian Academy of Sciences. The Council of Scientific and Industrial Research, the apex agency of the Government of India for scientific research, awarded him the Shanti Swarup Bhatnagar Prize for Science and Technology, one of the highest Indian science awards, in 1982, for his contributions to chemical sciences. 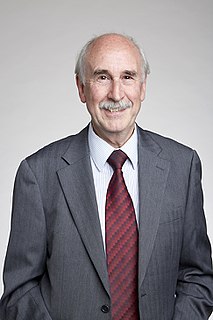 Roy Michael Harrison is the Queen Elizabeth II Birmingham Centenary Professor of Environmental health at the University of Birmingham in the UK and a Distinguished Adjunct Professor at King Abdulaziz University in Jeddah, Saudi Arabia.

Alice Emily Smith was a British chemist and one of the nineteen signatories of the 1904 petition to the Chemical Society.