The Hickinbottom Award (also referred to as the Hickinbottom Fellowship) is awarded annually by the Royal Society of Chemistry for contributions in the area of organic chemistry from researchers under the age of 35. The prize winner receives a monetary award and will complete a lecture tour within the UK. [1] The winner is chosen by the awards committee of the Royal Society of Chemistry's organic division.

The award was established by the Royal Society of Chemistry in 1979 following Wilfred Hickinbottom's bequest. Hickinbottom was noted for supporting high standards in experimental chemistry.

Part of the monetary award is the Briggs scholarship, which was funded following a bequest from Lady Alice Lilian Thorpe, William Briggs' daughter. [1]

Stephen Graham Davies is a British chemist and the Waynflete Professor of Chemistry at the University of Oxford.

The Arthur C. Cope Award is a prize awarded for achievement in the field of organic chemistry research. It is sponsored by the Arthur C. Cope Fund, and has been awarded annually since 1973 by the American Chemical Society. 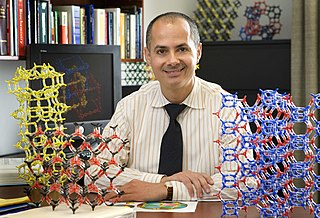 Wilfred John Hickinbottom FRIC (1896–1979) was an English chemist. He was educated at King Edward's School, Birmingham and went on to study chemistry at the University of Birmingham, graduating with first class honours in 1921. He then went on to complete a PhD under Professor G. T. Morgan.

The Tetrahedron Prize for Creativity in Organic Chemistry or Bioorganic and Medicinal Chemistry is awarded annually by Elsevier, the publisher of Tetrahedron Publications. It was established in 1980 and named in honour of the founding co-chairmen of these publications, Professor Sir Robert Robinson and Professor Robert Burns Woodward. The prize consists of a gold medal, a certificate, and a monetary award of US $15,000. 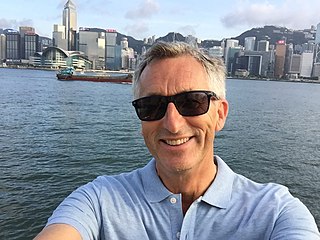 Philip Joseph Kocienski is a British organic chemist. He is an Emeritus Professor at the University of Leeds.