Last updated January 17, 2021
This article is about the medal awarded by the Royal Society of Chemistry. For other prizes named after Michael Faraday, see Faraday Prize (disambiguation).

The Faraday Medal is awarded by the Electrochemistry Group of the Royal Society of Chemistry. Since 1977, it honours distinguished mid-career [1] electrochemists working outside of the United Kingdom and the Republic of Ireland for their research advancements. [2]

The Grenoble Institute of Technology is a French technological university system consisting of six engineering schools.

Patrick Aebischer has been the president of the École polytechnique fédérale de Lausanne (EPFL) from 17 March 2000 to 31 December 2016. He is also a professor in neuroscience and head of the Neurodegenerative Disease Laboratory at the EPFL.

Fast Analog Computing with Emergent Transient States or FACETS is a European project to research the properties of the human brain. Established and funded by the European Union in September 2005, the five-year project involves approximately 80 scientists from Austria, France, Germany, Hungary, Sweden, Switzerland and the United Kingdom.

Michael Grätzel is a professor at the École Polytechnique Fédérale de Lausanne where he directs the Laboratory of Photonics and Interfaces. He pioneered research on energy and electron transfer reactions in mesoscopic-materials and their optoelectronic applications. He co-invented with Brian O'Regan the Grätzel cell in 1988. 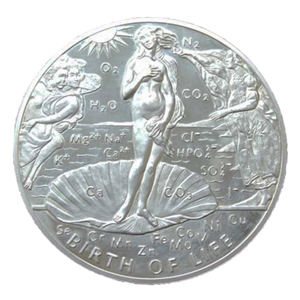 The European Medal for Bio-Inorganic Chemistry, also called the EUROBIC Medal or EUROBIC Award, was founded after the first European Biological Inorganic Chemistry Conference (EUROBIC-1), held in Newcastle, UK, in 1992. In 1993 a basic endowment was raised and is kept by the Royal Society of Chemistry.

Jean-Pierre Adam is a French archaeologist, specialising in ancient architecture. 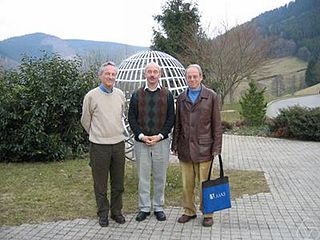 Michel Louis Balinski was an applied mathematician, economist, operations research analyst and political scientist. As a Polish-American, educated in the United States, he lived and worked primarily in the United States and France. He was known for his work in optimisation, convex polyhedra, stable matching, and the theory and practice of electoral systems, jury decision, and social choice. He was Directeur de Recherche de classe exceptionnelle (emeritus) of the C.N.R.S. at the École Polytechnique (Paris). He was awarded the John von Neumann Theory Prize by INFORMS in 2013.

Nicolas Grandjean is a French professor of physics. His achievements include over 600 books and articles, giving him an h-index of 62.

LargeNetwork is a Swiss media agency and custom publisher. 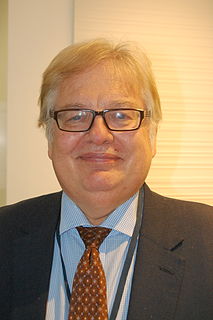 Professor Dominic Tildesley is a British chemist. He gained his undergraduate Chemistry degree from the University of Southampton in 1973. He went on to complete a DPhil at Oxford University in 1976 before undertaking postdoctoral research at Penn State and Cornell universities in the United States. He returned to the University of Southampton in the UK for a lectureship, before becoming Professor of Theoretical Chemistry and moving to Imperial College London in 1996 as Professor of Computational Chemistry.

David Lyndon Emsley FRSC is a British chemist specialising in solid-state nuclear magnetic resonance and a Professor at EPFL. He was awarded the 2012 Grand Prix Charles-Leopold Mayer of the French Académie des Sciences and the 2015 Bourke Award of the Royal Society of Chemistry.

Hubert Girault (born 13 February 1957 in Saint-Maur-des-Fossés, France) is a Swiss chemist and professor at the École Polytechnique Fédérale de Lausanne. He is the director of the Laboratoire d'Electrochimie Physique et Analytique, with expertise in electrochemistry at soft interfaces, Lab-on-a-Chip techniques, bio-analytical chemistry and mass-spectrometry, artificial water splitting, CO2 reduction, and redox flow batteries.

Lenka Zdeborová is a Czech physicist and computer scientist who applies methods from statistical physics to machine learning and constraint satisfaction problems. She is a professor of physics and of computer science and communication systems at EPFL.

Anders Meibom is a Danish interdisciplinary scientist and former football player active in the field of bio-geochemistry. He is a professor at the École Polytechnique Fédérale de Lausanne (EPFL), where he heads the laboratory for biological geochemistry.