The Applied Catalysis Award is awarded by the Royal Society of Chemistry to individuals for "creativity and excellence in novel approaches or use of catalysis in industry." The award was established in 2008. The winner of the award is chosen by the Industry & Technology Division Awards Committee, and receives £2000, a medal and a certificate. [1]

James Carl Stevens, a chemist, was the first Distinguished Fellow, at the Dow Chemical Company, retiring in January 2015. His area of expertise is organometallic chemistry and his primary field of research is in the area of polyolefin catalysis, particularly in the area of polyethylene, polypropylene, ethylene/styrene copolymers, and the combinatorial discovery of organometallic single-site catalysts. Stevens major contributions have come in the discovery and commercial implementation of single-site polyolefin catalysts. He invented and led the commercialization of constrained geometry catalyst for the polymerization of olefins. These have been commercialized by Dow as a number of polymers, elastomers and plostomers.

Catalysis Science & Technology is a peer-reviewed scientific journal that is published monthly by the Royal Society of Chemistry. The editor-in-chief is Javier Pérez-Ramírez.

Avelino Corma Canós is a Spanish chemist distinguished for his world-leading work on heterogeneous catalysis.

First awarded in 2001, the Green Chemistry Award is presented every two years by the Royal Society of Chemistry (RSC) for advances in environmentally focused chemistry. In addition to a prize of £2000, winners of the award complete a UK based lecture tour. The Award was last presented in 2016. 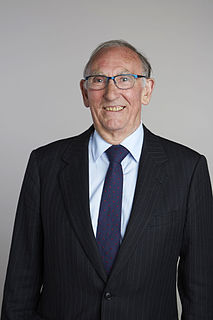 Roger Arthur Sheldon is Emeritus Professor of Biocatalysis and Organic Chemistry at Delft University of Technology in the Netherlands.

Nancy B. Jackson is an American chemist. She has done energy research on heterogeneous catalysis and the development of alternative fuels. She also works in the field of chemical nonproliferation, educating chemical professionals on the importance of safe and secure chemical practice in research, teaching and business, in an effort to prevent the misuse of chemicals as "weapons, poisons, explosives or environmental pollutants". She was the first implementer in developing the international Chemical Security Engagement Program. She is active in promoting diversity in STEM fields. She was president of the American Chemical Society in 2011, leading the organization during the International Year of Chemistry. In 2012, she was honored with the AAAS Award for Science Diplomacy.

Javier Pérez-Ramírez is a Professor of Catalysis and Chemical Engineering at ETH Zurich. 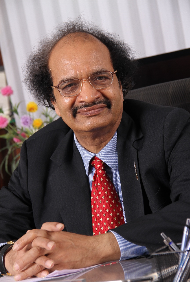 Sumit Bhaduri is an Indian organometallic chemist and was a senior scientific advisor to Reliance Industries. He is known for his studies on metal-carbonyl clusters and to the polymer-supported catalysis and is credited with the development of technology for the manufacture of Ziegler-Natta polypropylene catalyst which is in use with Reliance Industries.

Judy Hirst is a British scientist specialising in mitochondrial biology. She is Director of the MRC Mitochondrial Biology Unit at the University of Cambridge.

The Applied Inorganic Chemistry Award, established in 2008, is conferred biennially by the Dalton division of the Royal Society of Chemistry for "outstanding contributions to the development of any branch of inorganic chemistry which has an application in industry." The winner gives a lecture tour in the UK, and receives a medal and £2000.

Francesca M. Kerton is a green chemist and Professor of Chemistry at Memorial University of Newfoundland, Canada.

Garry L. Rempel was a Canadian scientist specializing in chemical engineering, applied catalysis and polymer science, and known for his pioneering work on hydrogenation of nitrile rubbers. He was a professor at the University of Waterloo, Fellow of the Royal Society of Canada since 1992 and President of the Academy of Science of the Royal Society of Canada in 2001–2003. In 2015 he was created a Member of the Order of Canada.