The Province of Sondrio (Italian : provincia di Sondrio) is in the Lombardy region of northern Italy. Its provincial capital is the city of Sondrio. As of 2017, it has a population of 181,403. [1]

The Province was established in 1815, within the Kingdom of Lombardy–Venetia, combining the valleys of Valtellina, Valchiavenna and Bormio.

Before the Roman conquest, the territory was inhabited by Celts (Lepontii) and Rhaetians (Camunni). The Romans included this area in their Cisalpine Gaul province.

After the fall of the Western Roman Empire, it came under the control of the Lombards and was first ruled by feudal lords from the local area. [2] During the Middle Ages it belonged to the Kingdom of Italy. In the 14th century it fell under the rule of the Duchy of Milan due to the House of Visconti and House of Sforza. Sondrio and Valtellina were strategically important in the politics of Europe, especially in the sixteenth and 17th century religious wars, due to their connections to Europe by Sondrio's Spluga Pass and valleys. Upon the collapse of the Duchy of Milan, rule over Sondrio was exercised by the Swiss Canton of Graubünden. Valtellina was invaded in 1622 by the Spanish Governor of Milan as the valleys had been used to transport troops around Europe; the Spanish efforts were assisted by a 1620 revolt in Valtellina against the Swiss. [2]

The Peace of Westphalia (1648) secured peace in the region and granted the region to the Canton of Graubünden. In 1797, the Republic of Valtellina was formed but was quickly conquered by the French to become a component of the Cisalpine Republic client state. The Congress of Vienna (1815) Sondrio and Valtellina as a province of the Austrian Kingdom of Lombardy–Venetia. As most of Lombardy region was absorbed into Kingdom of Sardinia in 1860, Sondrio and Valtellina were also absorbed into Sardinia. [2]

The Province of Sondrio is a mostly mountainous, sparsely populated area in the north of Lombardy. It borders on the Swiss canton of Graubünden to the north, the Provinces of Como and Lecco to the west, the Province of Bergamo to the south and the Provinces of Brescia, Trento and Bolzano to the east. The Rhaetian Alps are the highest mountains in Lombardy. The valleys mostly run from north to south, the main ones being the Valtellina and Valchiavenna. One of the main towns is Livigno (1,800 m above sea level), which is a tourist centre in the summer and a ski resort in the winter. There are 78 communes in the province and Sondrio is the biggest town and the administrative centre. The Stelvio National Park is located in the north-eastern end of the province. [3]

The economy is based on construction, logging, quarrying, tourism and light industry. Workers from Switzerland commute to work in Sondrio, and other workers cross the border from Italy to join the Swiss workforce. [4] Throughout the province grapes have traditionally been grown, each district having its own local variety and producing its own local wine. It has been necessary for farmers to engineer terraces on the steep slopes, building dry stone retaining walls and moving earth to make the best use of terrain that is unsuitable for general agricultural purposes. The traditions of viticulture are embedded in the culture of the countryside. 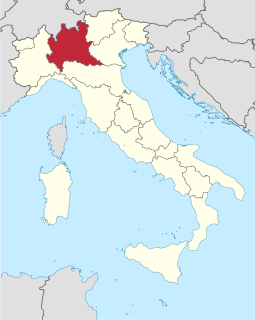 Lombardy is one of the twenty administrative regions of Italy, in the northwest of the country, with an area of 23,844 square kilometres (9,206 sq mi). About 10 million people live in Lombardy, forming more than one-sixth of Italy's population, and more than a fifth of Italy's GDP is produced in the region, making it the most populous, richest and most productive region in the country. It is also one of the top regions in Europe for the same criteria. Milan's metropolitan area is the largest in Italy and the third most populated functional urban area in the EU. Lombardy is also the Italian region with the most UNESCO World Heritage Sites (10), with Italy having the highest number of World Heritage Sites in the world. The region is also famous for its historical figures such as Virgil, Pliny the Elder, Ambrose, Caravaggio, Claudio Monteverdi, Antonio Stradivari, Cesare Beccaria, Alessandro Volta, Alessandro Manzoni, and popes John XXIII and Paul VI. 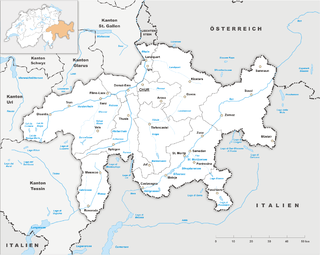 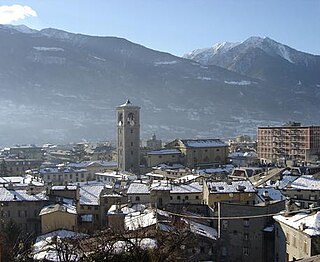 Sondrio is an Italian city and comune and Provincial Capital located in the heart of the Valtellina. As of 2012, Sondrio counts approximately 21,876 inhabitants (2015) and it is the administrative centre for the province of Sondrio. In 2007, Sondrio was given the Alpine Town of the Year award.

Lombard is Gallo-Romance language, consisting in a linguistic continuum spoken by millions of speakers in Northern Italy and Southern Switzerland, including most of Lombardy and some areas of neighbouring regions, notably the eastern side of Piedmont and the western side of Trentino, and in Switzerland in the cantons of Ticino and Graubünden.

The Duchy of Milan was an Italian state located in northern Italy. The duchy was created in 1395 by Gian Galeazzo Visconti, then the lord of Milan, and a member of the important Visconti family, that had been ruling the city since 1277.

Valtellina or the Valtelline is a valley in the Lombardy region of northern Italy, bordering Switzerland. Today it is known for its ski center, hot spring spas, bresaola, cheeses and wines. In past centuries it was a key alpine pass between northern Italy and Germany and control of the Valtellina was much sought after, particularly during the Thirty Years' War as it was an important part of the Spanish Road. 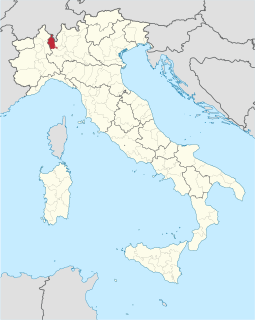 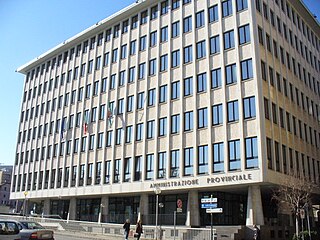 The province of Arezzo is the easternmost province in the Tuscany region of central Italy. Its capital is the city of Arezzo. The province is bordered by the regions of Marche, Emilia-Romagna, Umbria, and the provinces Siena and Florence of Tuscany. It has an area of 3,233 square kilometres (1,248 sq mi), a total population of about 344,000 in 36 comuni 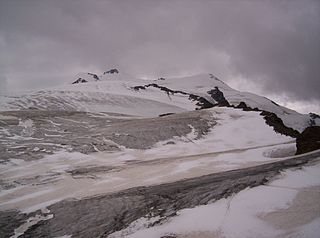 The Three Leagues, sometimes referred to as Raetia, was the alliance of 1471 of the League of God's House, the League of the Ten Jurisdictions and the Grey League, leading eventually to the formation of the Swiss canton of Graubünden (Grisons). 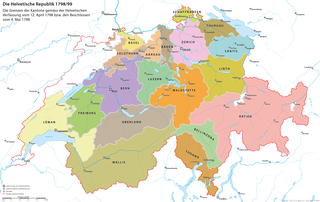 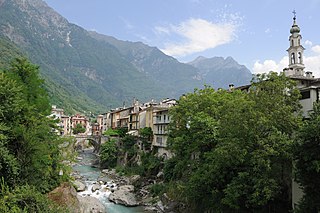 Chiavenna is a comune (municipality) in the Province of Sondrio in the Italian region of Lombardy. It is the centre of the Alpine Valchiavenna region. The historic town is a member of the Cittaslow movement.

The territorial evolution of Switzerland occurred primarily with the acquisition of territory by the historical cantons of the Old Swiss Confederacy and its close associates. This gradual expansion took place in two phases, the growth from the medieval Founding Cantions to the "Eight Cantons" during 1332–1353, and the expansion to the "Thirteen Cantons" of the Reformation period during 1481–1513.

Because of the different historical events of its provinces and of the diversity of its territories, Lombard cuisine presents a very varied culinary tradition: for first courses the Lombard cuisine ranges from risottos to soups and stuffed pasta, in broth or not, a varied choice of second courses meat dishes are added to fish dishes of the tradition of the many lakes and rivers of Lombardy.

The Frisa Valtellinese is an indigenous breed of domestic goat from the province of Sondrio, in Lombardy in northern Italy. It is raised throughout the Valtellina, from which its principal name derives, in the Val Malenco and the upper Val Masino in the Rhaetian Alps, and in the Valchiavenna. It may also be called the Frontalasca, for the village of Frontale, a frazione of the comune of Sondalo in the Val di Rezzalo, or the Rezzalasca for that valley. The name Frisa comes from its frisature, or Swiss markings.

The flag of Lombardy is one of the official symbols of the region of Lombardy, Italy. The current flag was officially adopted on 4 February 2019 although it was de facto used since 12 June 1975.