Rugby union in Panama is a minor, but growing sport.

The governing body is the Union de Rugby de Panama, which is not affiliated to the IRB.

It is uncertain when rugby was first introduced to Panama, but it may have been brought in by either Americans, or British and French sailors.

In December 2006, Panama, represented now by an official rugby club named Diablos Rojos Rugby Club of Panama (D.R.R.C of Panama), played against the Law School Veterans team of Universidad Complutense de Madrid (Madrid, Spain) at Balboa Stadium, located in Ancon, Ciudad de Panama. The result of this game was 14-12 to the Madrid team.

At the beginning of 2008, the "Diablos Rojos" were recognised by the Panamanian Sports Institute as an official rugby club in the country as this acts as a platform for Guadalajara 2011. Their training sessions are held in the sport field nicknamed "El Infierno" which is located in Paraiso's neighbourhood where they've already build the Rugby Posts.

In December, 2007, Costa Rica A & B sides participated in the First Central American Rugby cup. The other competing teams were Panama and Guatemala. Costa Rica A came first in this tournament, Panama 2nd, Guatemala 3rd, and Costa Rica B 4th.

The Copa Centroamericana was the main association football competition contested by the senior men's national teams of the members of the Unión Centroamericana de Fútbol (UNCAF), the sport's Central American governing body. Held every two years since 1991, in the years before and after the FIFA World Cup tournaments, it was originally called the UNCAF Nations Cup, changing to the current name in 2011. 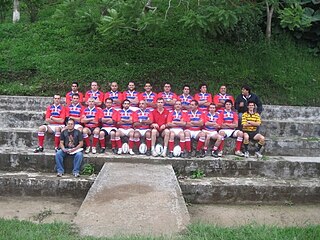 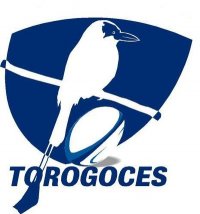 Rugby union in Costa Rica is a minor, but growing sport.

The Association of American Schools of Central America is an association of twenty-two private schools "formed to support and encourage academic, artistic, athletic and cultural interaction between international schools that offer a US type education in Central America."