Semantic Scholar is a project developed at the Allen Institute for Artificial Intelligence. Publicly released in November 2015, it is designed to be an AI-backed search engine for scientific journal articles. [1] The project uses a combination of machine learning, natural language processing, and machine vision to add a layer of semantic analysis to the traditional methods of citation analysis, and to extract relevant figures, entities, and venues from papers. [2] In comparison to Google Scholar and PubMed, Semantic Scholar is designed to highlight the most important and influential papers, and to identify the connections between them.

As of January 2018, following a 2017 project that added biomedical papers and topic summaries, the Semantic Scholar corpus included more than 40 million papers from computer science and biomedicine. [3] In March 2018, Doug Raymond, who developed machine learning initiatives for the Amazon Alexa platform, was hired to lead the Semantic Scholar project. [4] As of August 2019, the number of included papers had grown to more than 173 million [5] after the addition of the Microsoft Academic Graph records [6] .

In computer science and information science, an ontology encompasses a representation, formal naming and definition of the categories, properties and relations between the concepts, data and entities that substantiate one, many or all domains of discourse. More simply, an ontology is a way of showing the properties of a subject area and how they are related, by defining a set of concepts and categories that represent the subject. 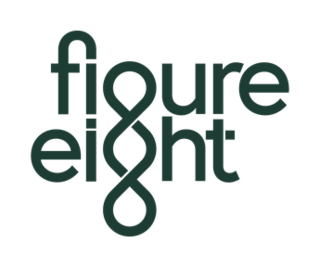 Figure Eight is a human-in-the-loop machine learning and artificial intelligence company based in San Francisco. The company raised $58 million in venture capital and was acquired by Appen in March 2019 for $300 million.

Andrew Yan-Tak Ng is a Chinese-American businessman, computer scientist, investor, and writer. He is focusing on machine learning and AI. As a businessman and investor, Ng co-founded and led Google Brain and was a former Vice President and Chief Scientist at Baidu, building the company's Artificial Intelligence Group into a team of several thousand people.

International Aging Research Portfolio (IARP) is a non-profit, open-access knowledge management system incorporating grants, publications, conferences in natural and social & behavioral sciences. In addition to the advanced search and visual trend analysis tools the system includes a directory of research projects classified into categories related to aging research. The system uses automatic classification algorithms with elements of machine learning to assign research projects to the relevant categories. The directory is curated by many expert category editors and science advisory board members. The chair of the science advisory board is Dr. Charles Cantor.

The Allen Institute for AI is a research institute founded by late Microsoft co-founder Paul Allen. The institute seeks to achieve scientific breakthroughs by constructing AI systems with reasoning, learning, and reading capabilities. Oren Etzioni was appointed by Paul Allen in September 2013 to direct the research at the institute.

Oren Etzioni is an American entrepreneur, professor of computer science, and CEO of the Allen Institute for Artificial Intelligence. He joined the University of Washington faculty in 1991, where he became the Washington Research Foundation Entrepreneurship Professor in the Department of Computer Science and Engineering. In May 2005, he founded and became the director of the university's Turing Center. The center investigated problems in data mining, natural language processing, the Semantic Web and other web search topics. Etzioni coined the term machine reading and helped to create the first commercial comparison shopping agent.

Meta is a company performing big data analysis of scientific literature. Company is headquartered in Redwood City, California and operates Meta Science, a literature discovery platform. The company was acquired by the Chan Zuckerberg Initiative in 2017.

Fei-Fei Li is a Chinese-born American computer scientist, non-profit executive, and writer. She is a professor at Stanford University and the co-director of Stanford's Human-Centered AI Institute and the Stanford Vision and Learning Lab. She served as the director of the Stanford Artificial Intelligence Laboratory (SAIL) from 2013 to 2018. In 2017, she co-founded AI4ALL, a nonprofit organization working to increase diversity and inclusion in the field of artificial intelligence. Her research expertise includes artificial intelligence (AI), machine learning, deep learning, computer vision and cognitive neuroscience. She was the leading scientist and principal investigator of ImageNet. 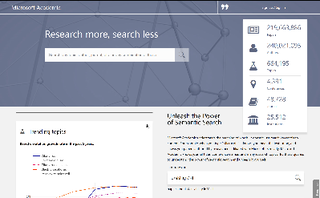 Paola Velardi is a Full Professor of computer science at Sapienza University in Rome, Italy. She is an Italian scientist born in Rome, on April 24, 1955. Her research encompasses natural language processing, machine learning, business intelligence and semantic web, web information extraction in particular. Velardi is one of the hundred female scientists included in the database "100esperte.it". This online, open database champions the recognition of top-rated female scientists in the Science, Technology, Engineering and Mathematics (STEM) area.

Andrea Frome is an American computer scientist who works in computer vision and machine learning.