So Far Away (Martin Garrix and David Guetta song)

"So Far Away" is a song by Dutch music producer Martin Garrix and French music producer David Guetta, featuring guest vocals from British singer Jamie Scott and Dutch singer Romy Dya. Released on 1 December 2017 via Stmpd Rcrds, it was written by Scott, Poo Bear, Garrix, Guetta and Giorgio Tuinfort, with production handled by the latter three. The song serves as a bonus track from Guetta's seventh studio album 7 . The song was premiered during Garrix's performance at Tomorrowland 2017.

On 30 July 2017, Garrix invited Guetta on stage to perform the song for the first time, during his mainstage appearance at Tomorrowland 2017. This original version featured female vocals provided by English singer Ellie Goulding. [1] [2] On 21 August, Garrix brought Guetta on stage to play the song once again, during a performance in Ibiza. [3] A short footage captured by someone in the booth surfaced on Instagram. [4] [5] Prior to the performance, Garrix spoke to Capital about the song, calling it a "radio-friendly song" that will be released soon. [6] Garrix posted short studio teasers of the song via Instagram Stories on 19 November, suggesting that it would be released soon. [7] [8]

On 22 November, Garrix revealed that Goulding was no longer featured on the song, when replying to an Ellie Goulding fan account on Twitter, who commented on Garrix's teasers. [9] Goulding admitted in a series of tweets that her management and label were displeased because Garrix played the song at Tomorrowland before she had even heard the final product, leading to her vocals being cut from the track, but she emphasized that she was not behind the decision. [10] [11] She wrote that Garrix's statement "she didn't want to release it" is "completely untrue and unfair". [12] [13]

Garrix confirmed on 26 November that "So Far Away" and the Area21 track "Glad You Came" would be released on the same day, when replying to a fan who tweeted him asking which one comes out first. [14] [15] On 29 November, Garrix released an official teaser on social media, revealing the song's release date and featured artists, Jamie Scott and Romy Dya, the latter of which sang on the demo version of the track. [16]

Kat Bein of Billboard called the song "a beautiful, future-pop ballad". He praised Dya for providing a "vulnerable and powerful" performance. [17] Matthew Meadow of Your EDM also wrote that Dya did a "phenomenal job" with Scott, giving listeners goosebumps. He criticized the drop for its lack of originality, calling it "Scared to Be Lonely v2". [18] Erik of EDM Sauce gave a similar review, writing: "The song will most likely not see the same level of success without [Ellie Goulding] as it is nothing absolutely outstandingly original." He also wrote that the song "has heaps of mainstream appeal" and "is exactly what the radio audiences in America currently look for in a release". [19]

The accompanying music video was directed and produced by Damian Karsznia. The storyline features a young couple who were once in love and are currently struggling with the end of their relationship. [20] 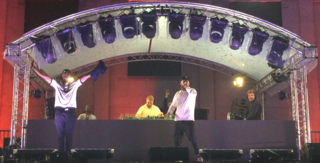 Showtek is a Dutch electronic dance music duo consisting of two brothers from Eindhoven, Sjoerd and Wouter Janssen. The duo regularly manages to reach the top of multiple music charts and work with artists such as Tiësto, Chris Brown and David Guetta. Showtek was ranked 17th in the Top 100 DJs list of 2014 but by the magazine's 2016 list, they had dropped to 96th. The brothers, who have been musically active since 2001, also offer podcasts on their own radio show on the music streaming service iTunes. 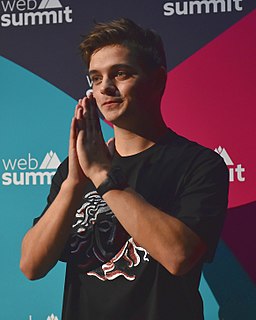 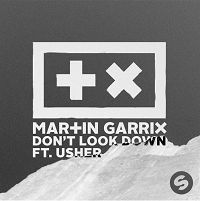 "Don't Look Down" is a song by Dutch DJ and record producer Martin Garrix, featuring vocals from American singer Usher. It was released as a digital download on 17 March 2015 on iTunes. 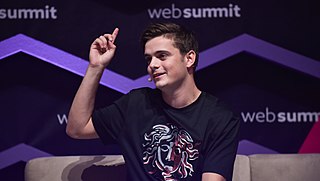 Melle Stomp, better known by his stage name Mesto, is a Dutch electronic musician, record producer, remixer and DJ. He gained recognition after collaborating with Martin Garrix on their single "WIEE".

Yael Nahar, better known by his stage name CMC$, is a Dutch musician, DJ and record producer. He gained recognition for his collaboration with DVBBS titled "Not Going Home".

Daniel Francesco Tuparia, better known by his stage name Cesqeaux, is a Dutch producer and DJ.

"There for You" is a song by Dutch DJ Martin Garrix and Australian singer-songwriter Troye Sivan. It was released on 26 May 2017. The remixes album was released on 18 August 2017, featuring remixes from Araatan, Bali Bandits, Bart B More, Julian Jordan, Madison Mars, Vintage Culture, King Arthur, Goldhouse, Brohug, Lione and Lontalius. 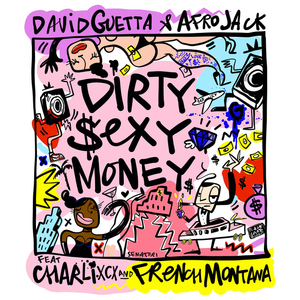 This is the discography of English songwriter & producer Jamie Scott.

"Burn Out" is a song by Dutch DJs Martin Garrix and Justin Mylo. It features vocalist Dewain Whitmore and was released on 14 September 2018, via Garrix's Netherland-based record label Stmpd Rcrds, and exclusively licensed to Epic Amsterdam, a division of Sony Music.